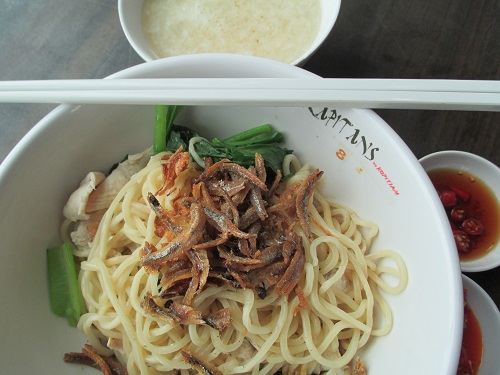 L32 stands for Lorong 32 at Geylang where the main branch is situated. We went to the one at the Tampines one shopping mall instead knowing the limited parking available at the Geylang shop.The lunch queue was damn long, it was not the long queue that caught our attention but interestingly to see that the thirty over patrons were all ladies! The situation was a little awkward being the only man in the line! May be women are more fastidious about healthy cooking and judging from that angle, likely the noodles here will be more dedicated in the seasoning and preparation. 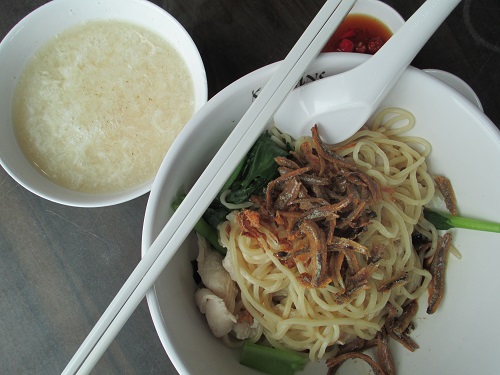 We tried the dry and soup version of the noodles.

Soup version: The noodle has the right springy texture, every strain of the noodle were nicely separated from each other; it was served with chicken or pork slices, greens and topped with fried ikan bilis. The soup base was some kind of stock blended with egg. Our opinion for the soup base noodle was average, besides the good texture of the handmade noodle that worth the comment, the bowl of the soup noodle in fact was rather ordinary. 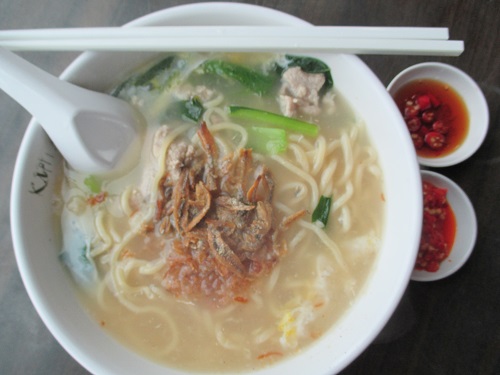 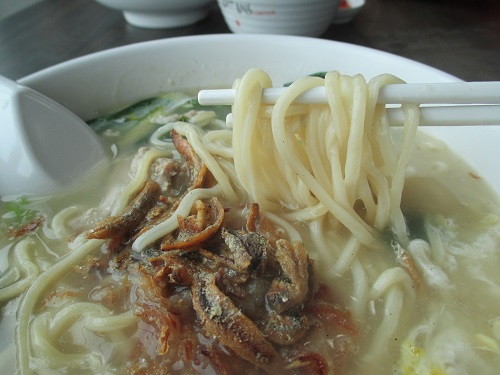 Dry version: Exactly the same noodle except without the soup added, the bowl of noodle was replaced with the additional sauces added to create the flavour. The bowl of noodle has the same topping as the soup version with the greens, ikan bilis and slices of pork or chicken. The dry version may be tastier than the soup base, however, there is nothing to give you “wow” feeling. 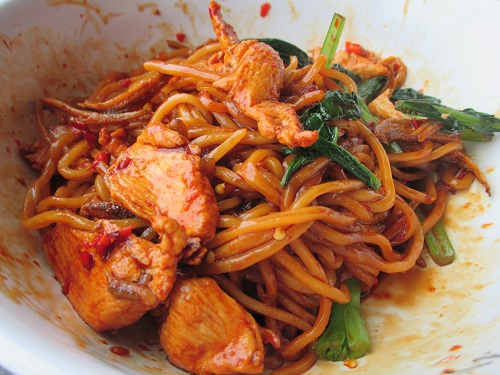 To have better gauge of the food, we ordered the fried wanton and fried pork chop as well. Again, both of the dishes can’t really make it from both the taste and texture. 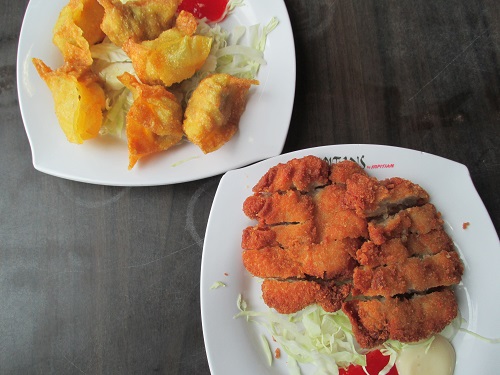 Overall, it could be the handmade noodles that attract the crowd which is undeniable quite nice in the texture, coupled with the delicate seasoning and that appeared as a healthier choice to the patrons. We aren’t particularly convinced that the seasoning of both the soup and the dry version are the hype to their popularity. 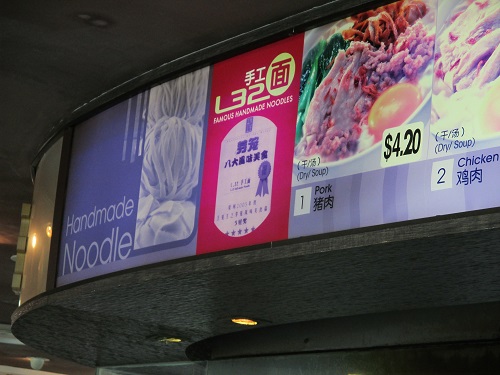