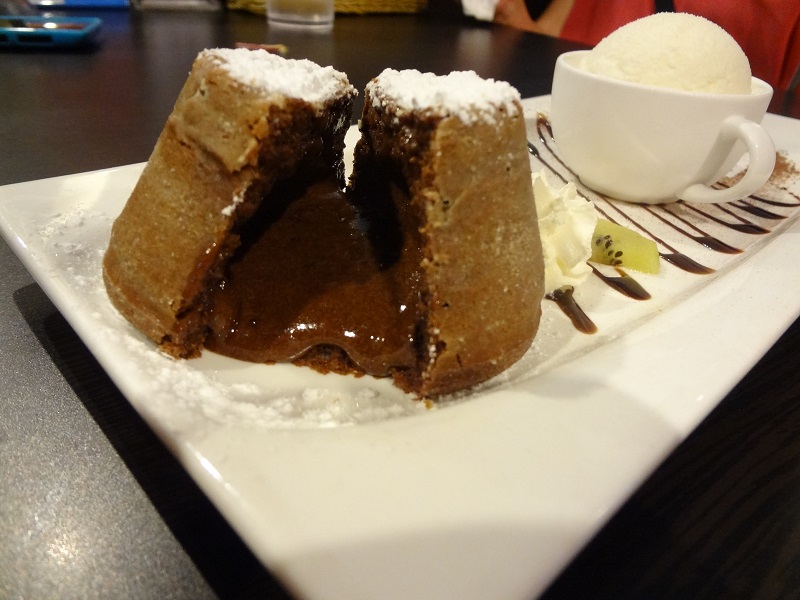 We went to the one located at Kovan, about a few minutes walk away from the Kovan MRT. When we reached at about 6 plus and we were shocked to find that the café was almost filled. We were extremely lucky we got the booth seats! Ice Edge Café gave off a rather cosy feel with the orange lighting they used (however because of the very same reason, our photos are not good representations of how the food actually looks!) and it seems to attract crowds of all ages from the young, the teens, to the middle aged. 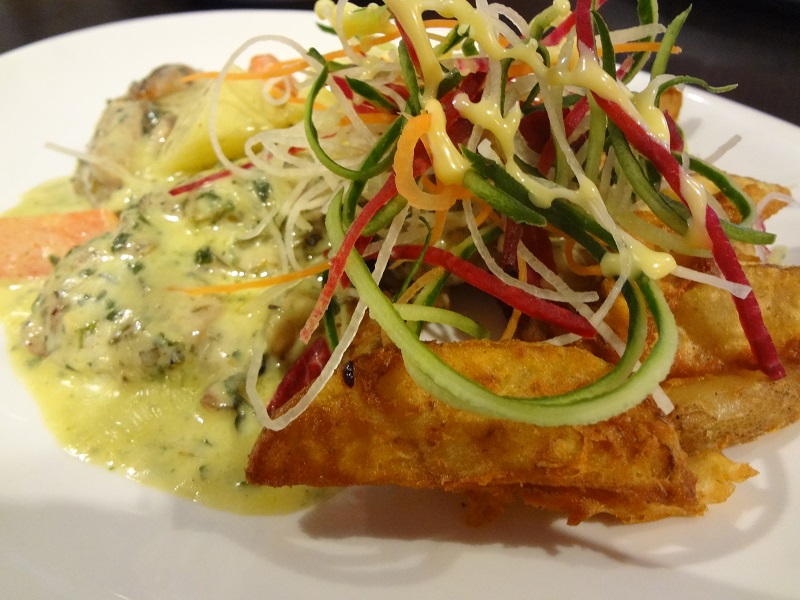 The Pesto Cream Chicken came with some vegetables and wedges on the side. The Pesto Cream sauce was rather fragrant; however, the same could not be said for the chicken. We all thought that the chicken was slightly on the bland side, with no seasoning except a little salt to taste. Luckily the sauce along with the tender chicken was good enough to make this a tasty dish. The wedges were just amazing, crispy and salted on the outside, moist on the inside. Only pity was that we wished there were more. The vegetables used were also very fresh and crisp! 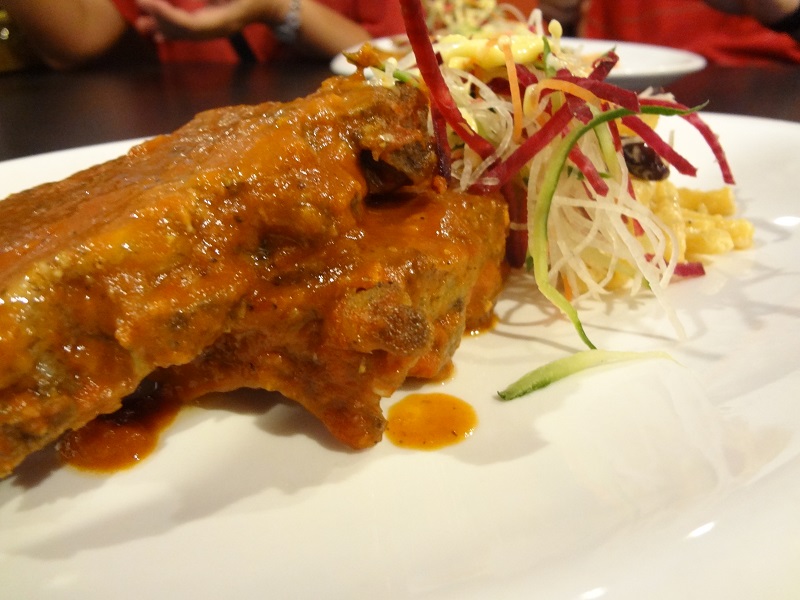 The BBQ Pork Ribs came with vegetables and macaroni with cheese instead. The Special BBQ sauce used by Ice Edge Café sure lived up to its name, it was different from the usual kind of sauce you’d have when you order a serving of Pork Ribs. The sauce used was sour and sweet, but it did not have the usual burnt taste that normal BBQ sauces have. The pork ribs were also rather tender. 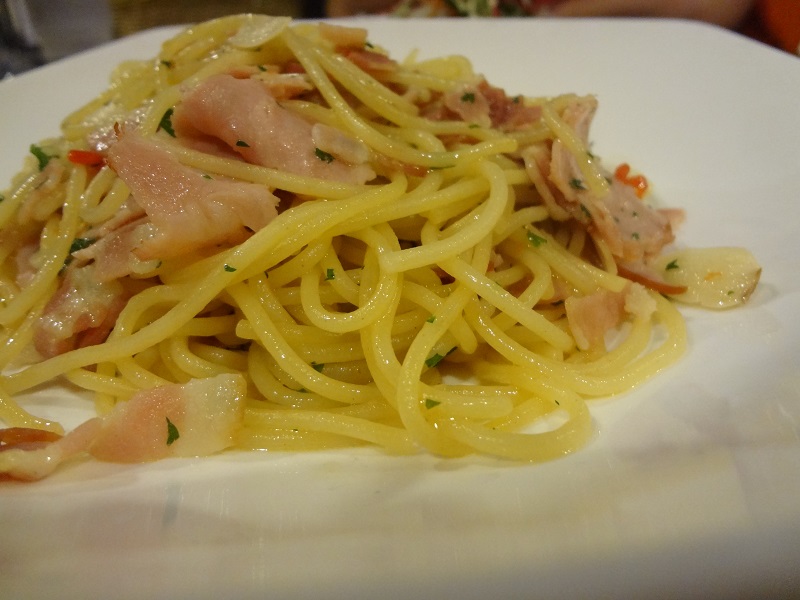 Nothing fantastic, portion a little smaller than what we would have expected. Rather decent amount of bacon and ham pieces though. 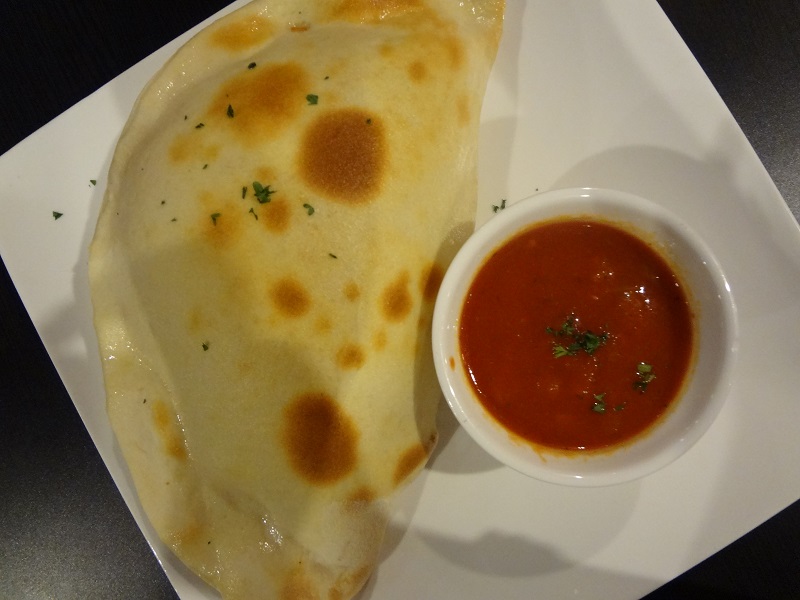 This was supposedly one of their best sellers, but it was the worst tasting dish among all that we ordered. Firstly, the pastry used was rather tough; it was such a chore to eat. 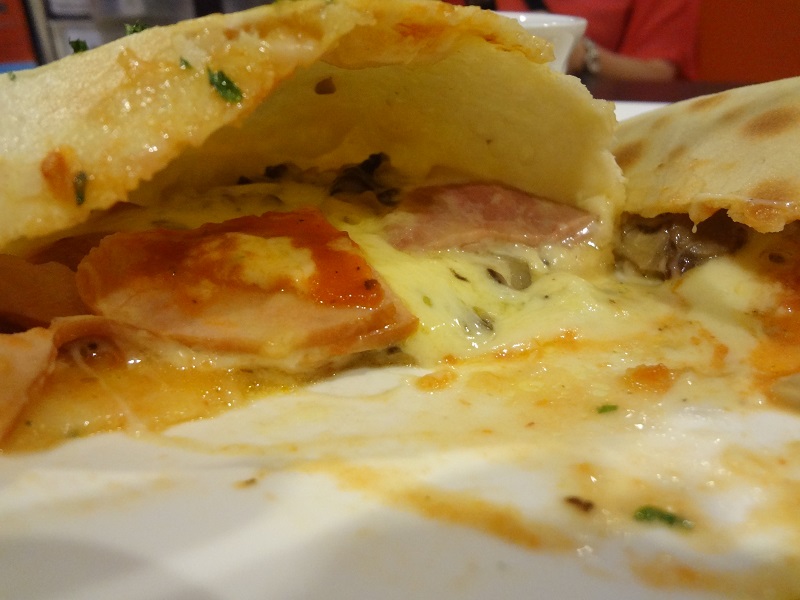 The Calzone is a folded pizza with honey baked ham, mushrooms, parmesan and mozzarella cheese, and margherita sauce served at the side. The insides were plain and tasteless; it was like eating dough with unseasoned toppings. The margherita sauce was not very savoury either, however, it made the pizza a little more bearable. Think you would be better off if you stick to the normal 10” pizzas they offer, avoid this at all cost! 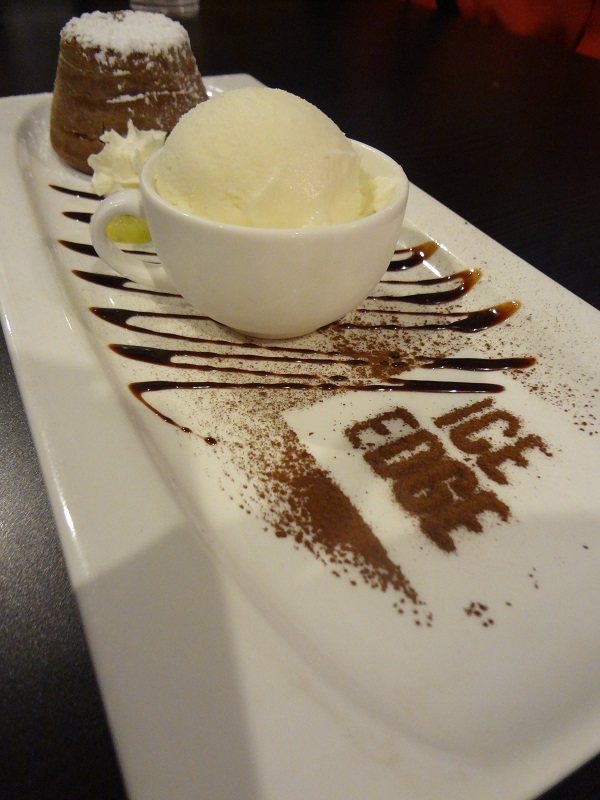 The Chocolate Lava Cake did have quite a fair bit of “lava” as you can see in the picture. The cake was also rather moist and soft. The only thing that we thought was lacking the richness of chocolate. Had it been slightly thicker and richer, it would have been perfect! (that said, we still wouldn’t have mind a larger portion!)

The Champagne Vanilla was amazing. The gelato was so rich and fine, it melts almost immediately after you place it your mouth. The mild sweet bitter taste of the champagne along with the vanilla was a good combination.

If you’re living around the area and have yet to give Ice Edge Café a try, do so soon! And make sure you’re there before 7 to avoid the queue. They also have a promotion ongoing now; spend $150 within a month to qualify for free membership! More details at their website below. 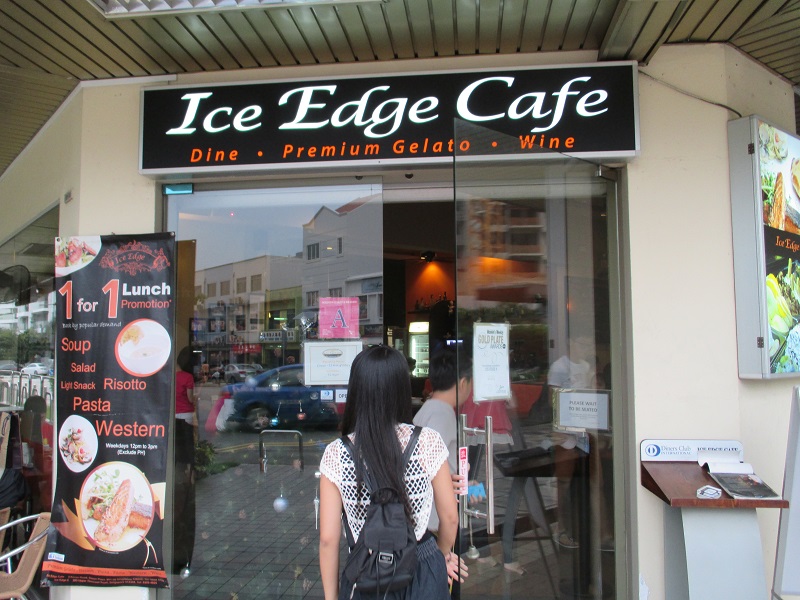