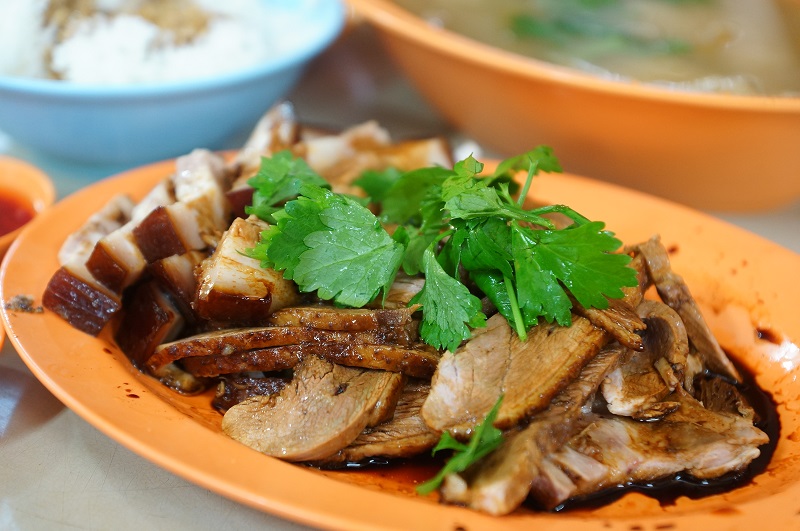 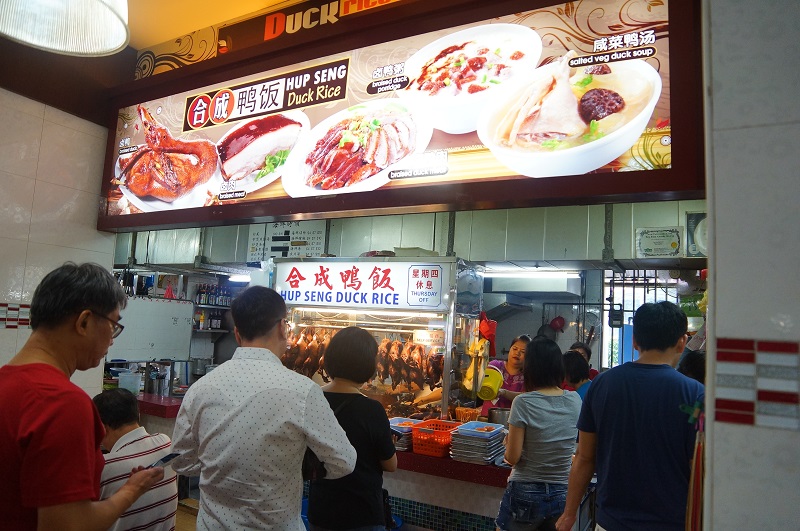 There are at least four coffeeshops spread along the long stretch of void deck under Block 22 Sin Ming Road. It is not the number of coffeeshops under one HDB unit catches the attention but the good food you can find here. Almost all the coffeeshop house at least one to two prominent food stalls under it roof. Examples the Bak Kut Teh, double boiled soup, seafood restaurant, duck rice and wanton just to name a few.

We are on the mission to hunt for the best duck rice in Singapore, Hup Seng Duck Rice naturally on our target list with its rave review. 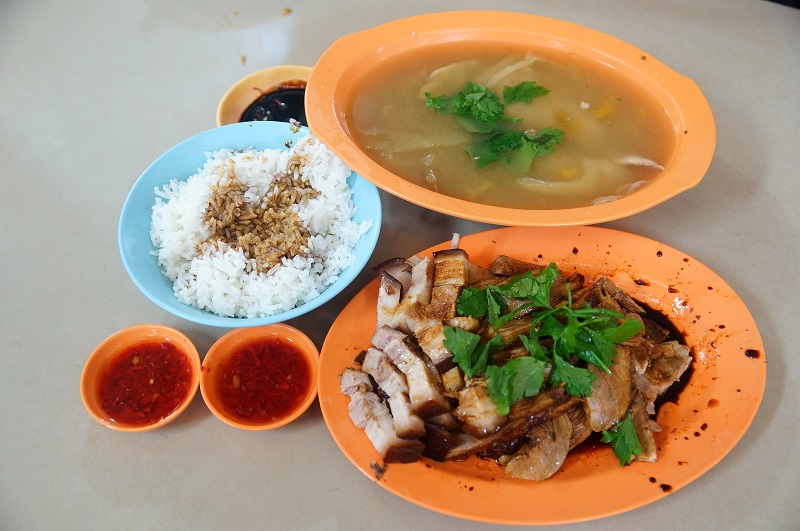 We ordered the braised duck rice with braised pork for two and the Kiam Chye Arh (salted vegetable duck soup) at the cost of $18.

Duck: the duck meat was tender with a fine and malleable texture, the duck was inundated with the alluring flavour accentuated by the dark gravy. However, the braised pork was not as convincing as the duck; it’s simply lacked the fragrance and tasted bland.

Sauce: the sauce was not the starchy type, the dark gravy was salty but infused with nice flavour, and it has a distinctive fragrance that hit the senses, a thumb up from us.

Rice: white rice was doused with the dark sauce and made a good pairing to the rice.

Chili: Chili flakes added soy sauce and vinegar, not a real good dipping sauce. Good chili sauce should have well balance in the sourness, sweetness and spiciness, however, the combination was absent here. 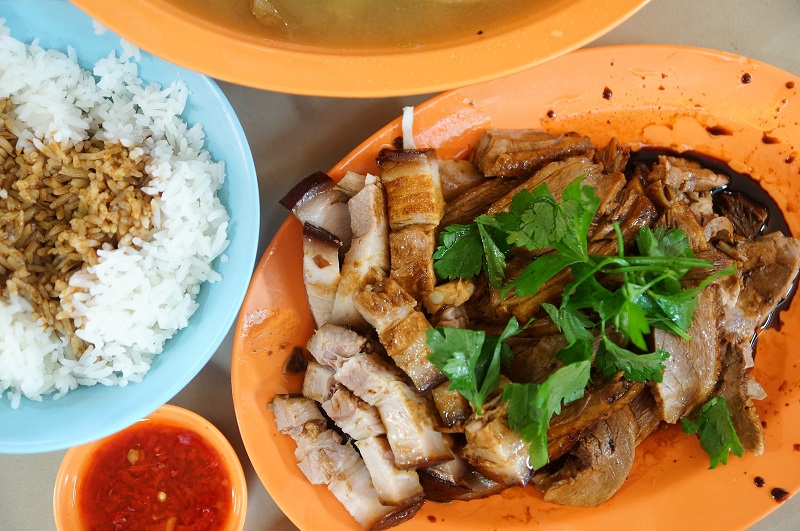 We finished our lunch at 12noon and the queue in front of Hup Seng Duck Rice already extended by at least three folds the number. Is it justified for the waiting? Is a testimony to its worth? We think so for the succulent duck rice but may not so for the braised pork. Anyway, we are after the duck and not the pork.