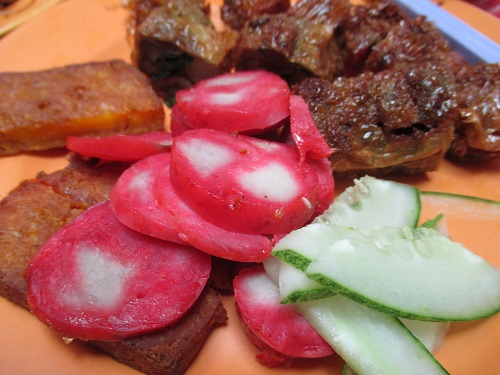 There are two stalls selling the exact same Wu Xiang Guan Chang 五香灌肠in Maxwell Food Centre. Both are accolade with awards and rave reviews. We were in dilemmas which stall to order since both seemed to be selling seemingly good Wu Xiang. In the end, in order not to miss the best and at the same time taking the opportunity to find out the real Wu Xiang King in this food centre, we ordered the exact same varieties from both the stalls. Wu Xiang or Ngoh Hiang五香, Guan Chang 灌肠, Pork liver roll and the egg slice, which are the popular one and the anchor dish from both the stalls and cannot be missed. 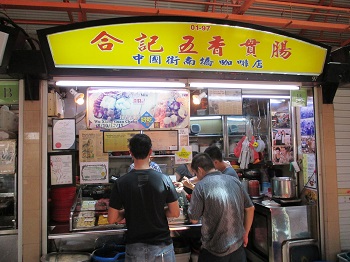 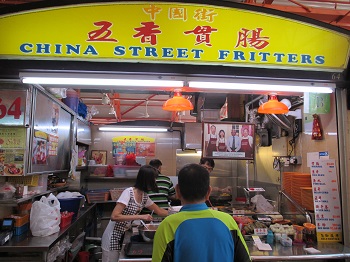 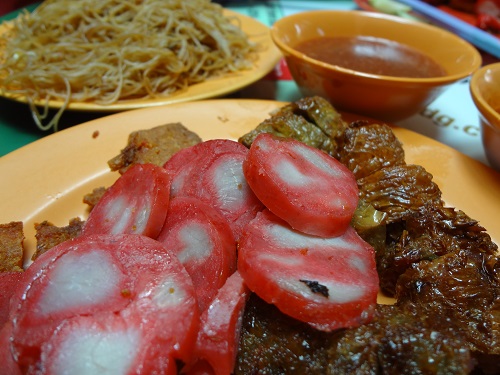 The Guan Chang 灌肠 or the Chinese sausage, is hand-made by the traditional way with marinated lean pork encased with the pinky red meat sausage. You probably do not find much of an excitement with the first few bites or find it succulent, for the Guang Chang was not prepared to woo you about the taste or aroma at the first place. You can only enjoy it after few more bites with the dip of the chili and sweet sauce. We preferred the chili sauce from Hup Kee which tastes far better than the China Street Fritters which was rather tasteless and not able to provide the necessary punch. 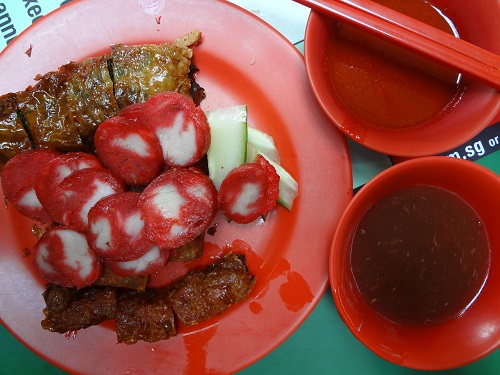 The Hup Kee Wu Xiang Guan Chang 五香灌肠 tasted fairly close to the China Street Fritters Guang Chang, both have similar texture and a diminutive distinction in the flavouring, if you insist to differentiate the two, the taste of China Street Fritters was a slightly more flavourful than the Hup Kee and likewise the more tender in the texture.

The liver meat together with the vegetable was wrapped with the beancurd skin and deep fried. If you are the liver lover, the liver meat roll will allow you to taste the flavour of the liver. Both the stalls produced good pork liver meat roll, Hup Kee has slight upper hand on its taste and texture. 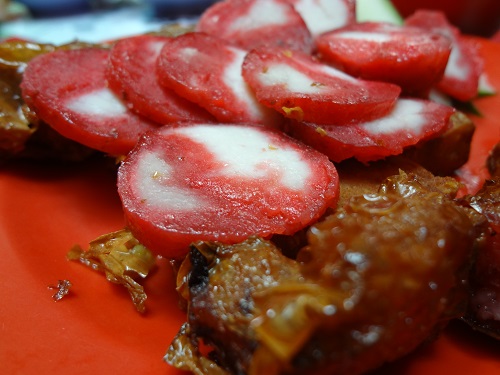 The Ngoh Hiang from both the stalls was with acceptable taste though not preeminent in our review. It was a little over fried and the texture became too hard that took away the criticality of the good Ngoh Hiang. May be the cost is high, both the Ngoh Hiang was small in the size and the fillings were quite miserable. 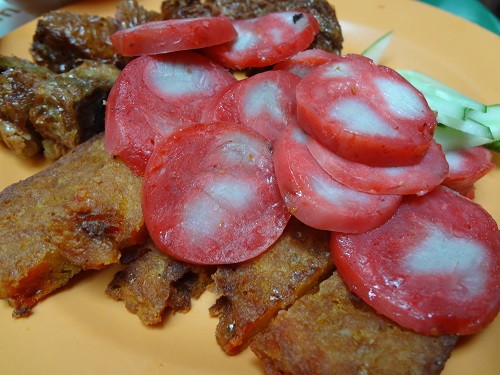 This is a much try dish. The egg slice was deep dried to give a crispy crust on the exterior and retain much of the softness and succulent internally, the taste was incredibly flavoursome  with a salivating taste that will entice once taste buds and make you wanting for more. The egg slice from Hup Kee was thicker in the serving and tastier than the China Street Fritters, it was deep dried to a nicer golden finishing than the much darker coating from the China Street Fritters.   My glutton princess mercilessly slurped up most of the egg slices with an additional take away pack just to satisfy her zest for this dish.