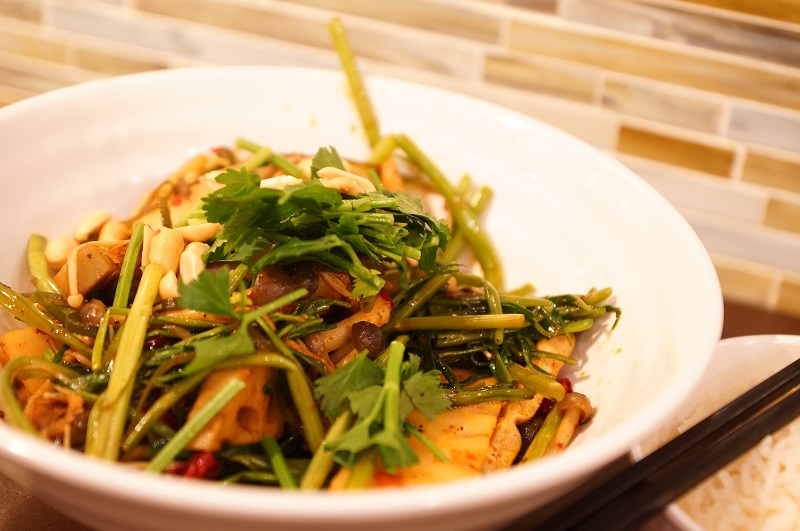 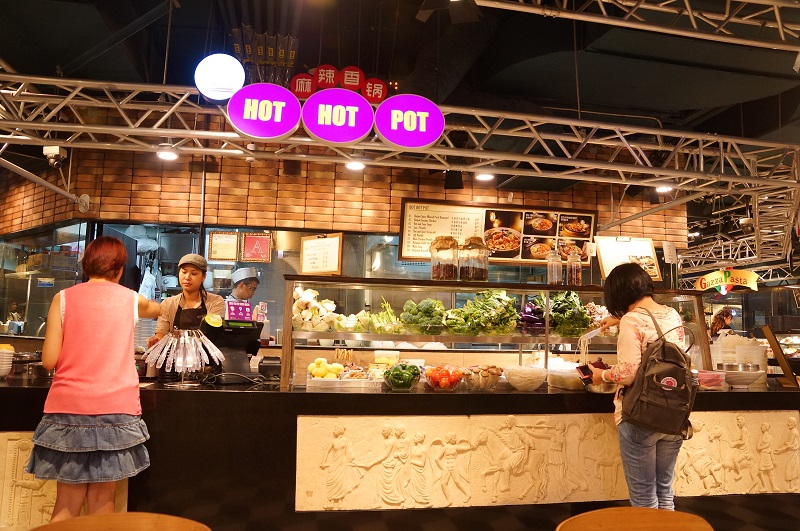 The blooming foreign workforce in our industries has it influence stretched into the local food scene as well. From the faved about Hai Di Lao hotpot (海底捞火锅) to the Ma La Xiang Guo (麻辣香锅), many of the delicacies once was not existence in this part of the country has since emerged and sprouted in many places here, the foreign  food fragrance is pervading in the food courts, hawker centre or even coffeeshop. It has since added another facet to our food arena and Singaporean has very much embraced with the open arms.

Mala Xiang Guo 麻辣香锅 originated for Sichuan / ChongQing province in China, customers pick the choice from a array of meat, seafood and leafy greens, choose a spicy level (low, medium or high) that is tolerable to you, the chef will then stir-fried with their special sauce which very much determine the tastiness of the fragrant pot. 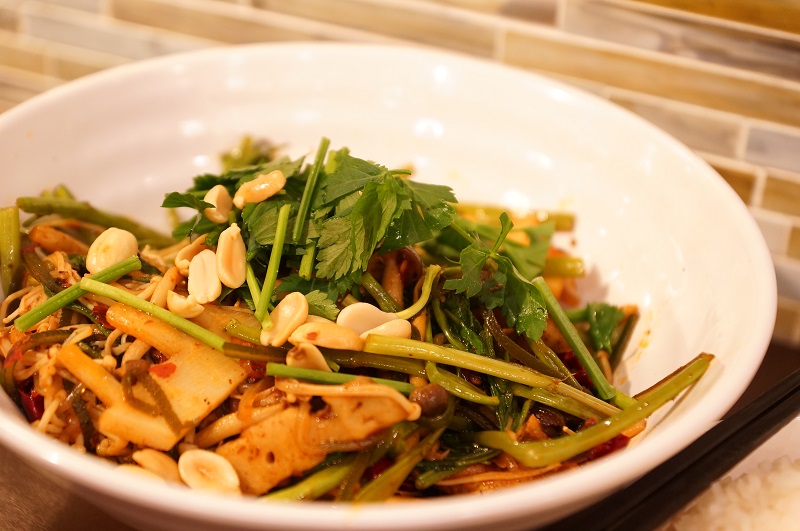 Hot Hot Hot Mala Xiang Guo can be considered as one of the anchored stalls in this food court, the snaking queue a clear reflection of its popularity.

We had previously experienced the hot HIGH spicy level and regretted deeply with our choice. The Sichuan peppercorn and chili-laden sauce are something not to be fooled around with it fiercely hot and numbing sensation on the tongue. However, you can risk your life to be “burnt alive” with the fire in the mouth if you prepare to take the chance. 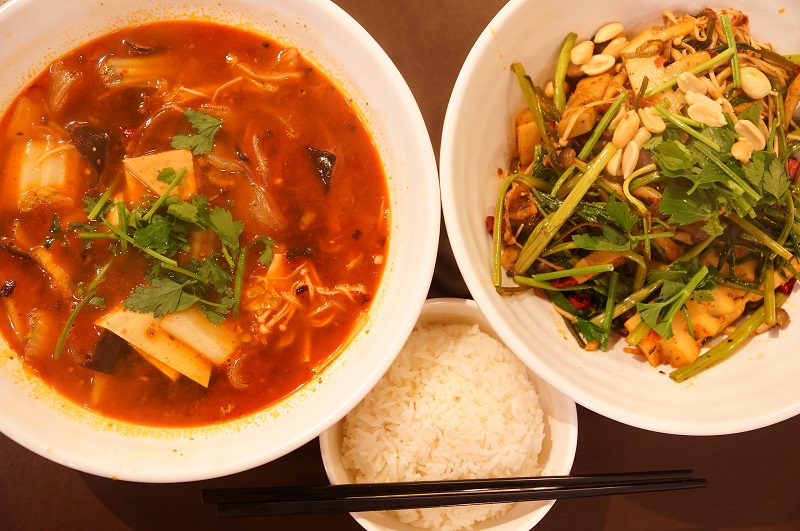 Ingredients are generally fresh at Hot Hot Hot Mala Xiang Guo, you pick the ingredients and will be charged by weight, be mindful you are expected to pay for a higher price here compared to other hot pot stalls.

The mala sauce is one of the better one we have tried so far amongst the Mala Xiang Guo stalls. We opted the low spicy level to enable us fully appreciate the essence of the Mala sauce. (Not going to suffer the sniffles and copious sweating) The herbs and spices came to a harmonize at this level and everything in the pot was perfectly fried to the right doneness for a tantalizing taste. 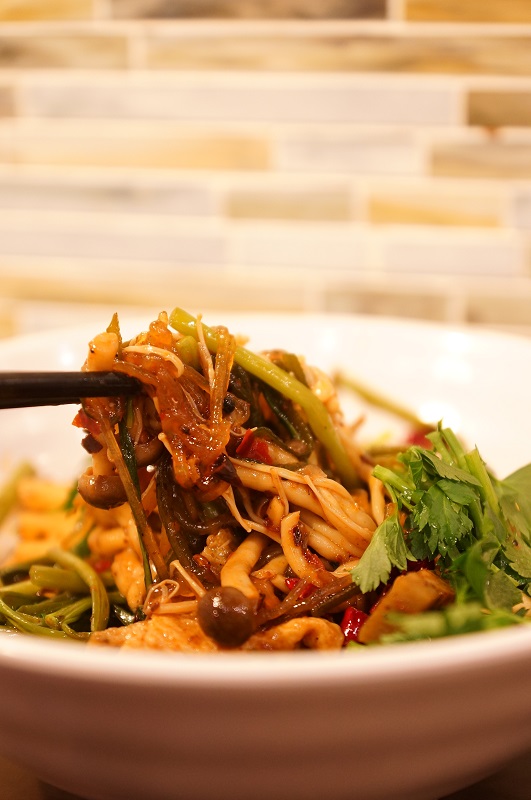 We ordered the soup base too which was mild spiciness and well within our tolerable zone, compared the fried version, we are more inclined towards the later which was adorned with lusciously flavour. 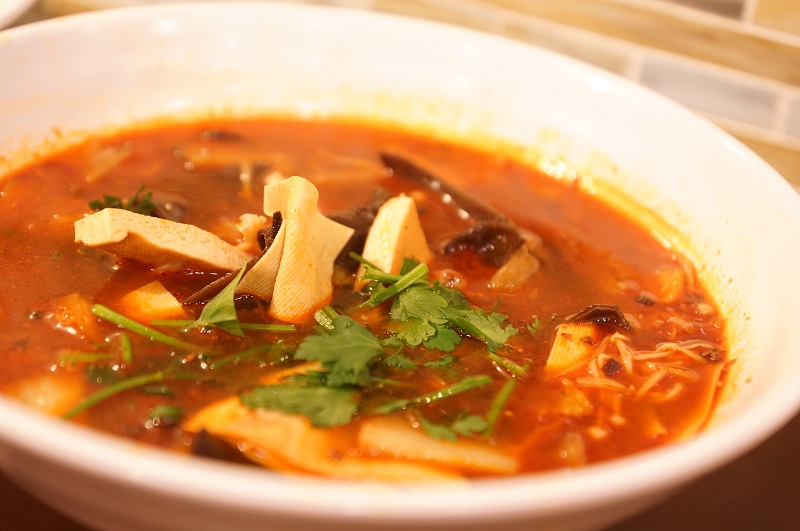 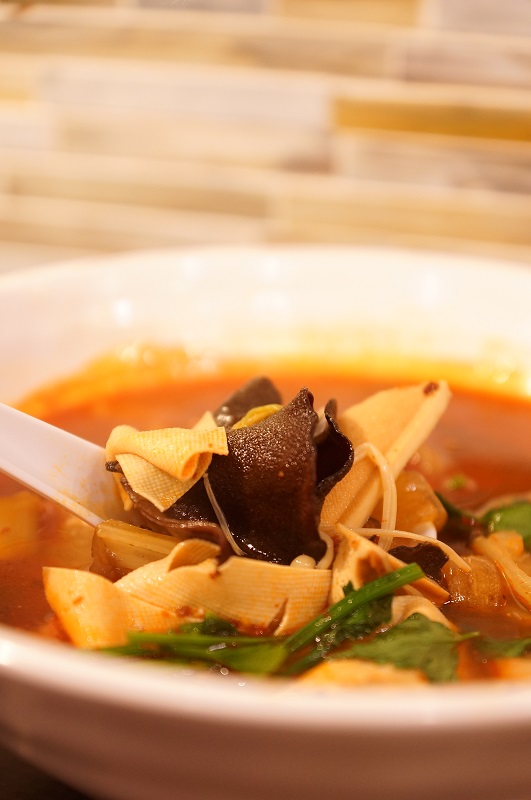 Hot Hot Hot Mala Xiang Guo is obviously one of perennial favorites of the customers here judging from the crowd and queue. We do agree the mala xiang guo is  commendable for the quality and taste, It warrants a revisit though the price could be on the steeper side.