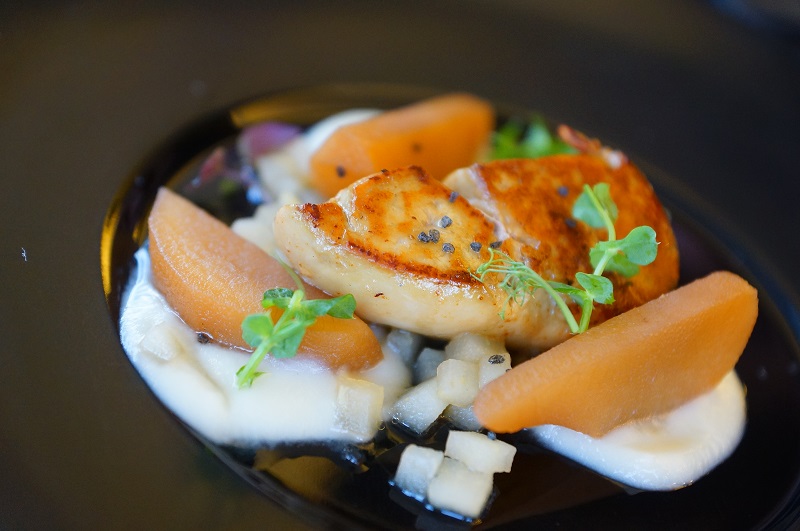 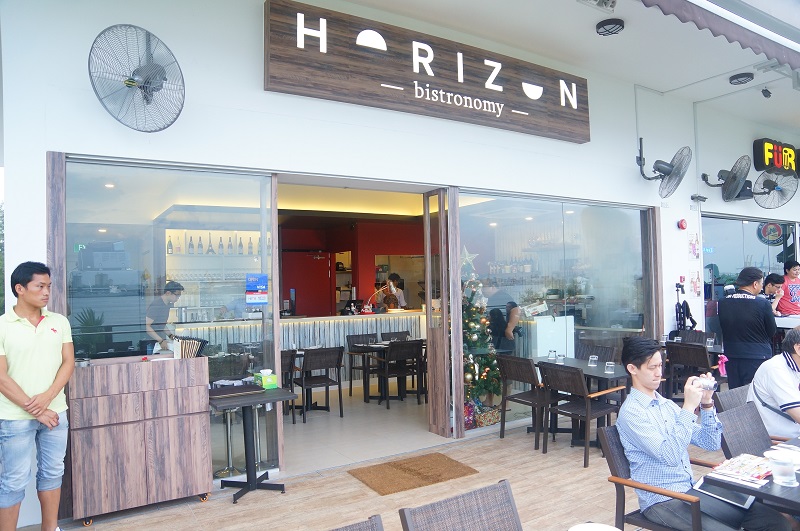 Punggol settlement – where the hell is it? That was the first thing came to our mind. We goggled and found out this is a new eatery place at the far end of Punggol road, a place where the Punggol seafood restaurant started and the birth place of the famous Punggol mee goreng in the 70’s. 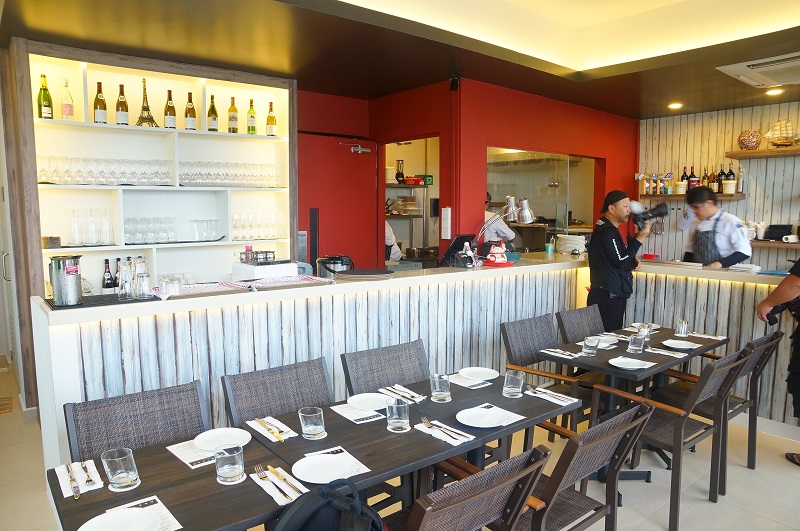 Facing the Johor straits and a nice park with wooden pedestrian pathway and cycling track, it has a breathtaking view of the greenery and blue sea, the nature beauty and the tranquil of the countryside is a great place of a get away from the bustling life in the city area. 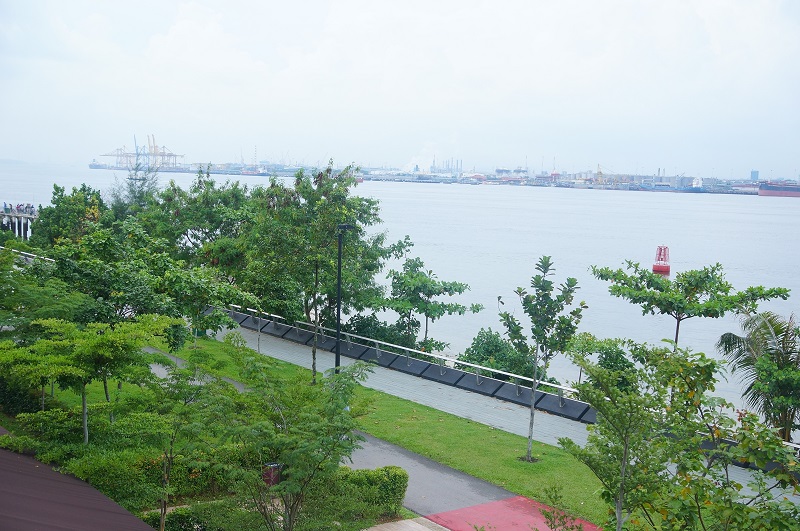 Horizon Bristonomy is one of the latest newbies offering French cuisine at this part of the Singapore, opened less than a month and managed by two to three young chefs, we were invited to review their culinary skills and a revisit a week later with 7 of us on our own account.
Home made bread selection 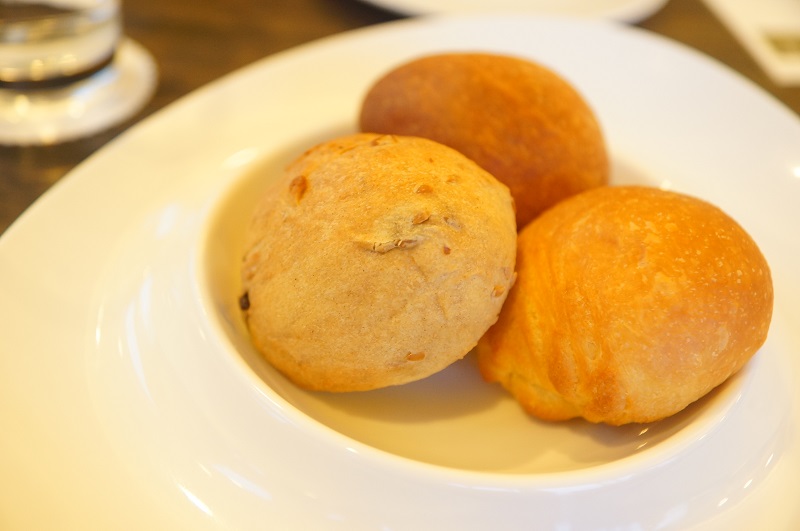 In any of the good French restaurant, the chefs will never take a simple bread recipe lightly and not to mention allowing a poorly baked pastries to serve on the customer’s table. This is one of the important assessment criteria when we checked on the quality, Horizon Bristonomy gave us the assuring and persuasive start with the masterly done buns. Both the mini brioche $2 and mini walnut and resin bread $2 were nicely baked. 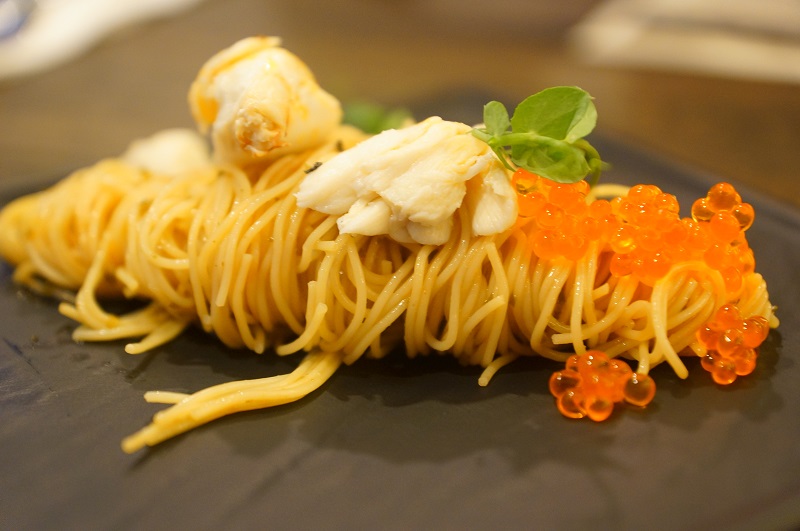 Angel Hair – nice name and equally nice flavour, the Truffle angel hair fine was topped with the sweet and moist jumbo crab meat infused with chorizo oil and finished off with the bouncy Salmon roe. We think this is well deserved to be their signature dish and a must-order. 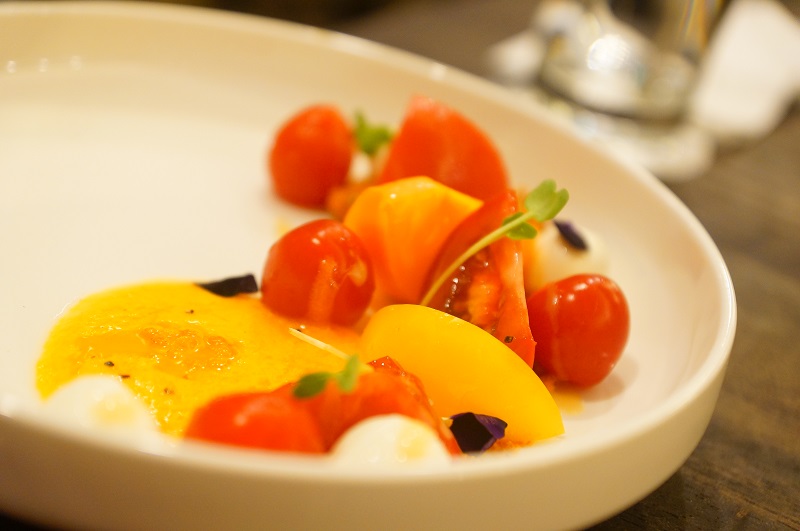 Medley of fresh tomatoes with home made red pesto and burrata cheese. Beautiful plating and refreshing dish for a start. 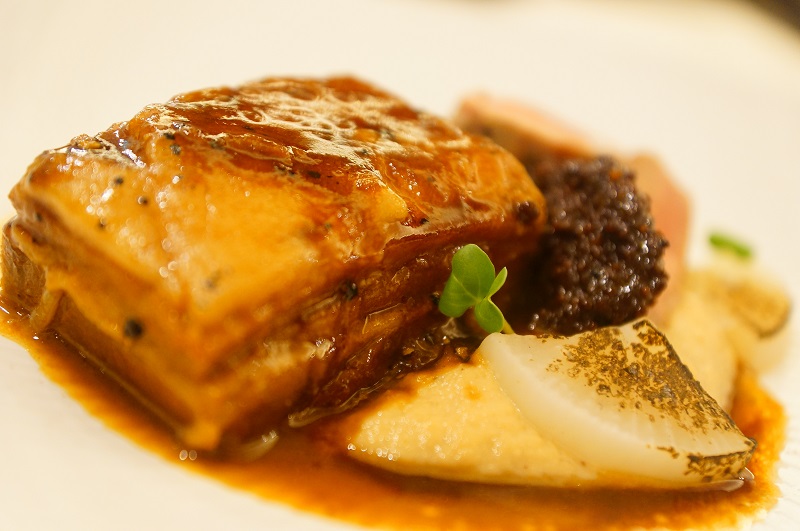 Why 2 way? Don’t know. May be the dish consists of two types of pork, the pork belly and the Kurobuta pork tenderloin and both have different texture to create the contrast. The dish has a tedious preparation time, stewed for 24 hours to achieve the melt-in-the-mouth texture. Served with roasted cauliflower purée, vegetables, grape mustard and black pepper sauce. The lightly seasoned pork was extremely tender, it went well with the accompanying sauces and an impressive creation. 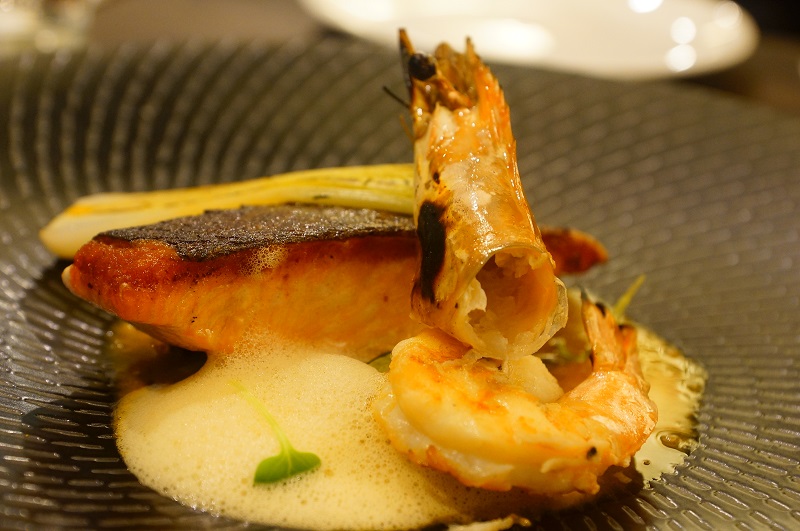 Miso infused torched King Salmon and King Prawn served with assortment of vegetables ragout. The first visit was almost perfect with the slight crisp salmon skin and juicy meat, King prawn was nicely grilled and sweet. However, in our second visit, the prawn was little overcooked. 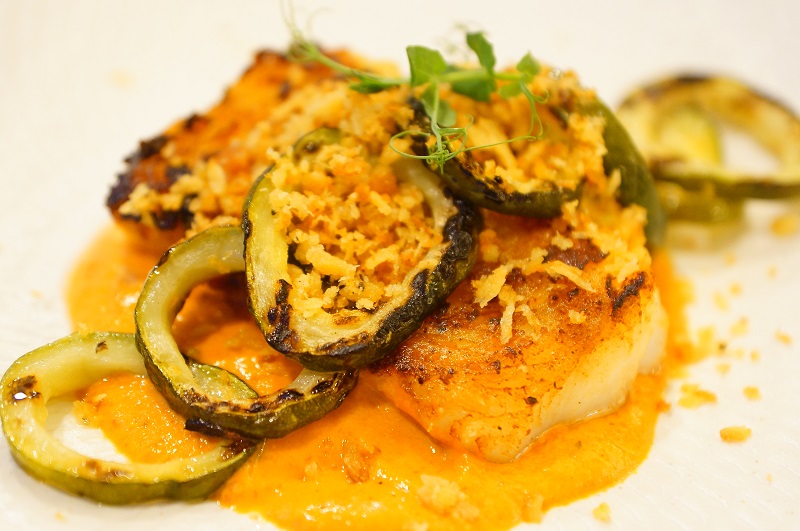 We ordered the cod fish in our second visit a week later, the cod fish was somehow lacking the juiciness and the skin was not crisp enough. Some fine tuning required for this dish. 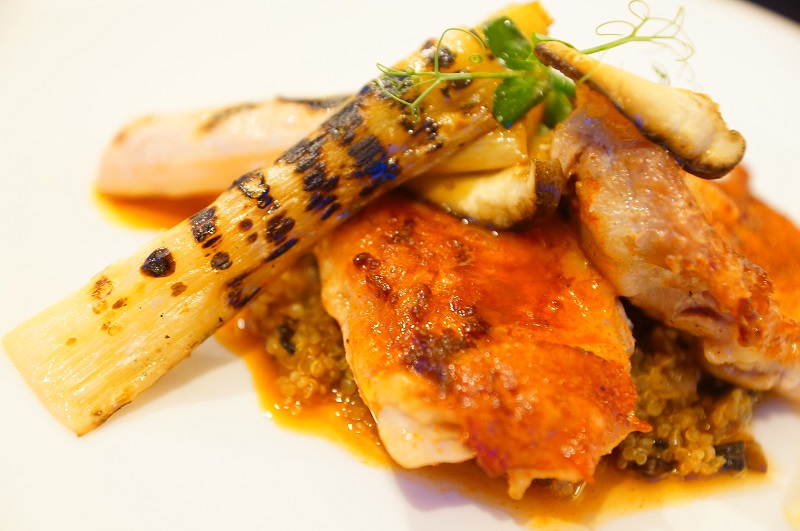 Crispy chicken thigh accomplished by mushroom quinoo, grilled leeks, King oyster mushrooms drizzled with chicken jus. Three servings of the chicken were consistent in the standard, the chickens were juicy and tender, and even my fastidious son who is not a fan of chicken finished the dish completely. 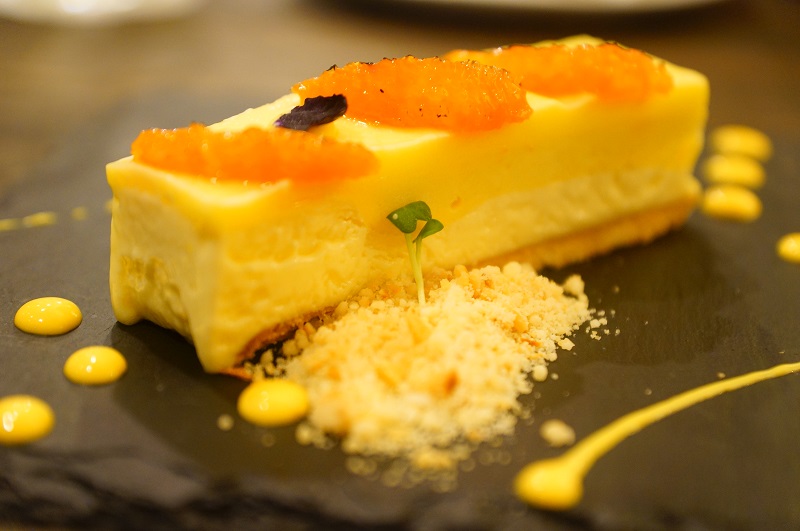 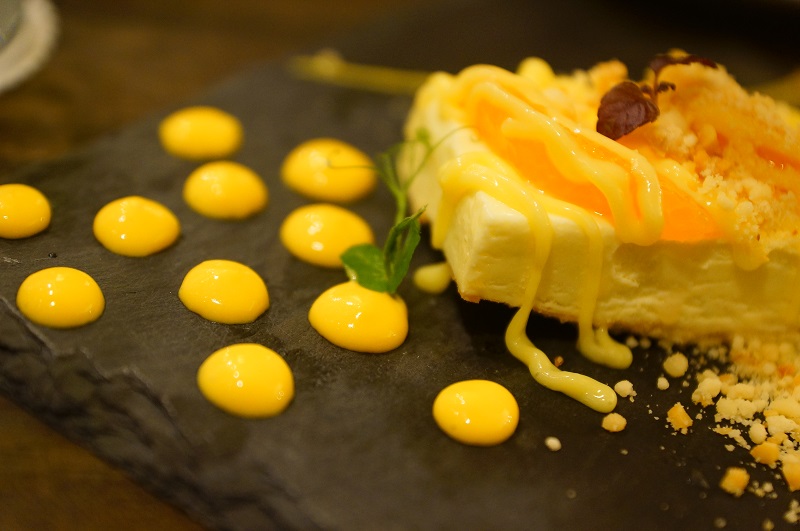 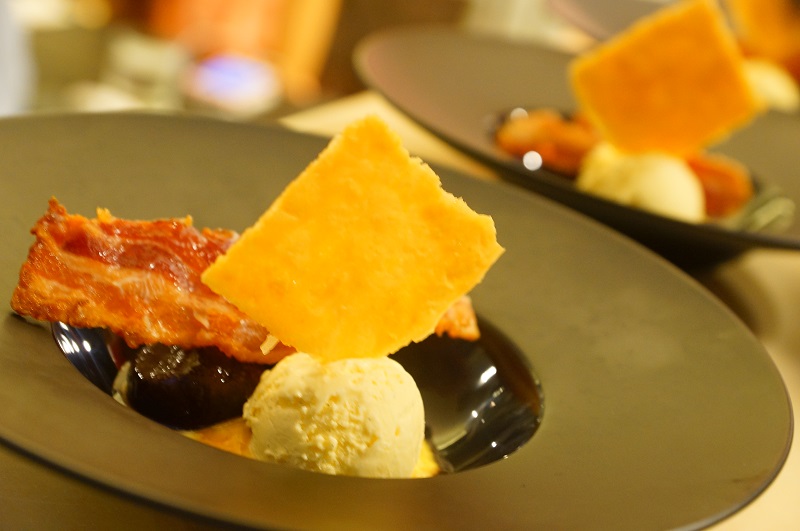 A unique combination of candled bacon and fig compote, with fresh berries and vanilla ice cream in champagne sabayon. Used of The candled bacon to accompany with the ice cream  was the highlight. The candled bacon was tasted familiar as it highly resemble the “Bak kwa” that eaten during the Lunar new year. Amazingly, everything blended well and tasted incredibly nice. 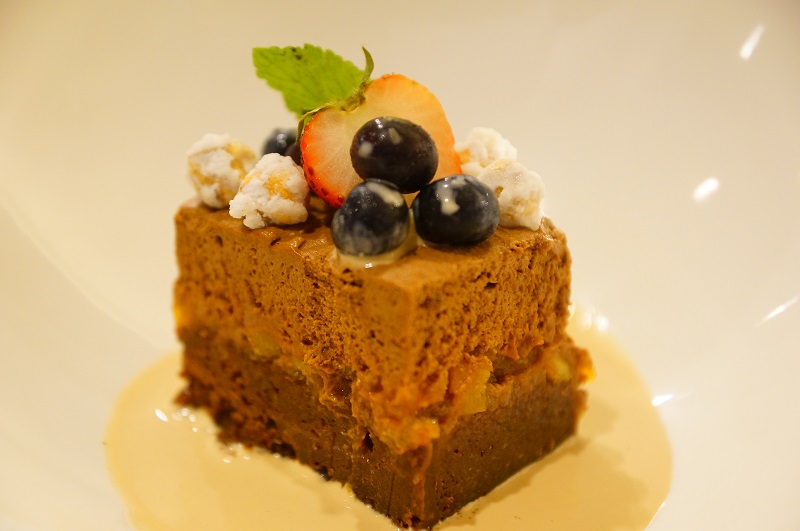 2 chocolate textures, base of preye chocolate top with 66% vairhona chocolate mousse, orange marmalade, served with coffee sauce. Quality chocolate and fine texture made this dessert a cheering one. 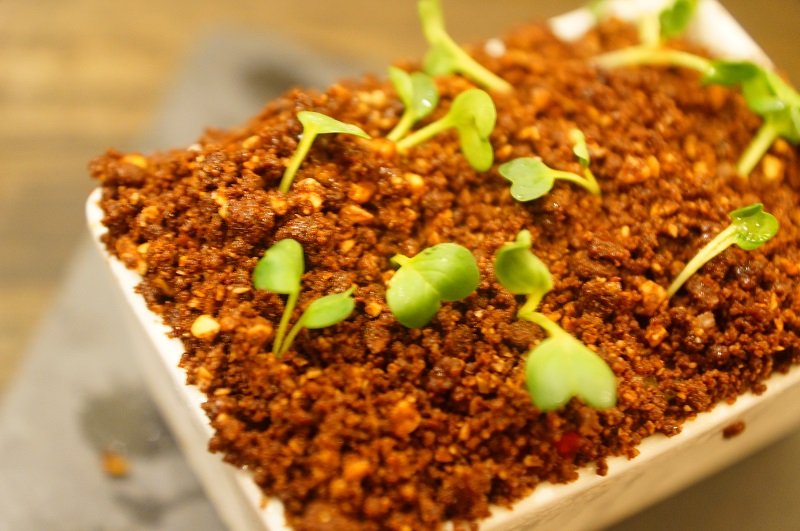 A new dessert yet to appear on the menu, the chocolate soil grafted with little greenery and underneath buried the vanilla mousse. It was a lovely pot of miniature garden that you can’t bear to spoil it. 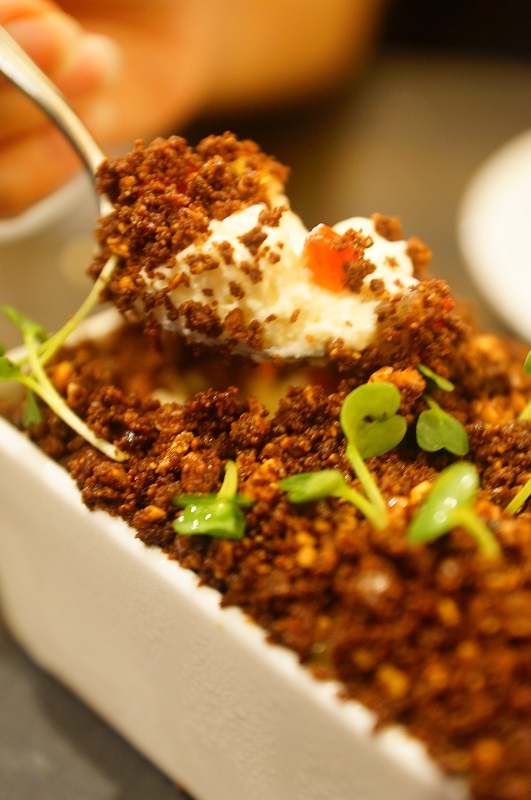 Our verdict, the Horizon Bistronomy is a place for you to experience affordable yet delectable French cuisine in a relaxing and peaceful setting. Though some of the main courses in our second visit may appear less perfect, there are dishes that we still highly recommend, amongst all, the Chilled Crab Meat Angel Hair is a must try. For main course, you can consider Horizon Pork 2 way and the Spice Chicken. Fig & Bacon Sabayon or Gardens by the Bay are good choice for desserts.

While enjoy the sumptuous meal, do take pleasant in the beauty of the Johor Strait, the sea breeze and the greenery around. 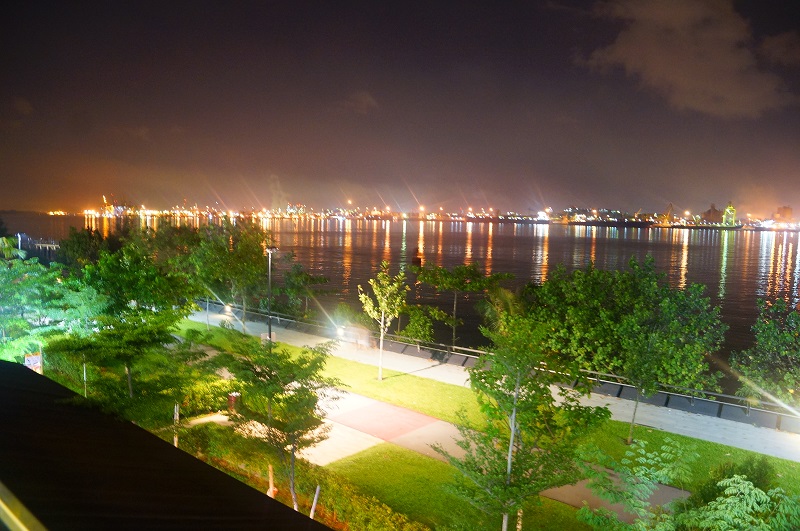