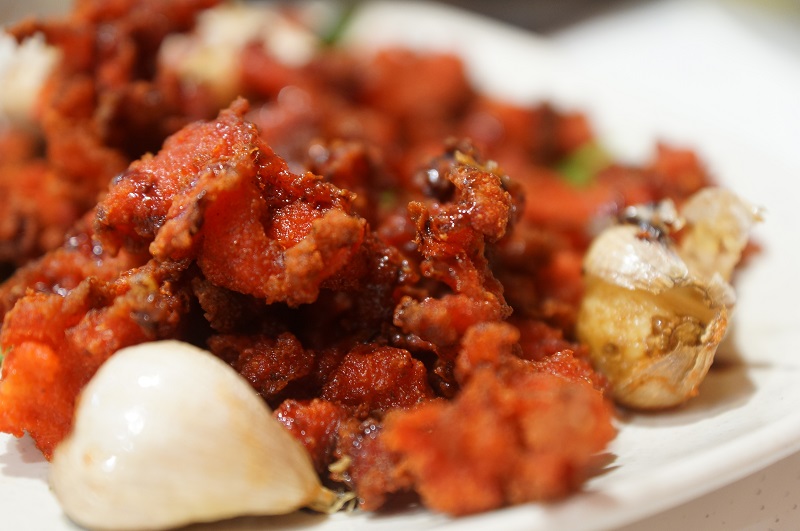 Anyone living in Toa Payoh would probably be familiar with Hong Yun Seafood. It’s one of the few popular Zi Char stalls in this relatively old residential estate, and also happens to be the anchor stall in this coffeeshop. Because of its thriving business, it has even managed to upgrade the dining experience: buying over part of the coffeeshop and converting it into an air-conditioned room. So if you’re afraid of sweating it out? Not to worry – you’ll be eating in cool comfort. This was a boon, especially to my two teens who are becoming picky about where they eat!

We went early to ensure we could snag ourselves a seat without too long of a wait. We decided to opt for the Hong Yun signature dishes: White Bee Hoon, Garlic Fried Pork, Prawn Paste Chicken, Superior Soup Spinach and a few other dishes to please my two glutton teens. (..Just to ensure a peaceful meal to avoid the incessant complaints from two of them if their request of their favorite dishes are not granted!) 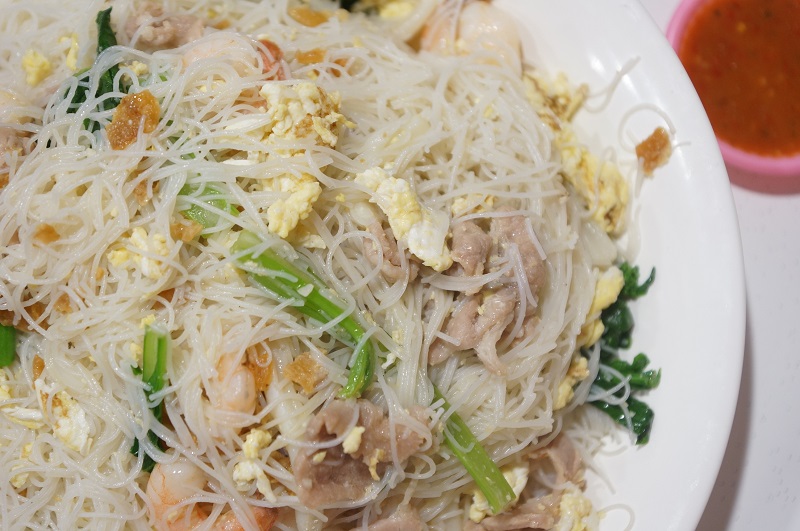 There were squid, shrimps, eggs, pork slices and plenty of bits of crispy lard. This is a dry version of white bee hoon if compared to the moist version of famous Sembawang White Bee Hoon. Every strand of bee hoon was infused with flavour from the lard and tasted wonderful for me – not sure if you’re more health conscious though! That said, I feel that Sembawang White Bee Hoon is still the superior version, with more balance in taste and not overpowered by just the lard. 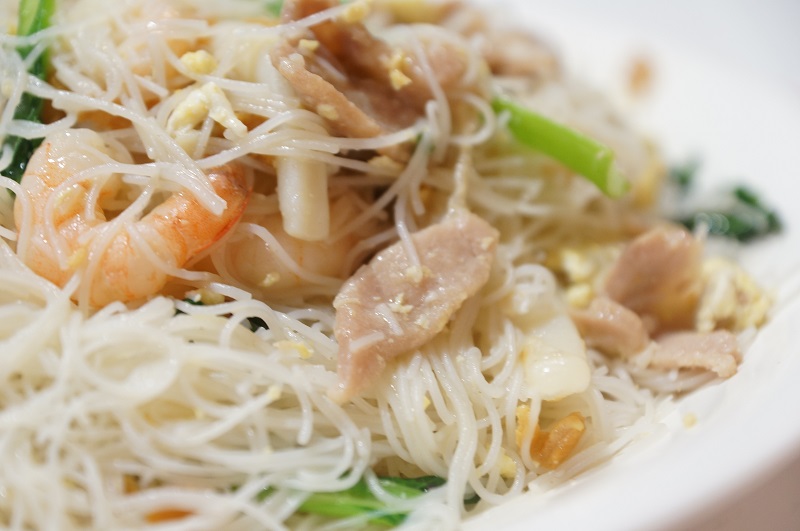 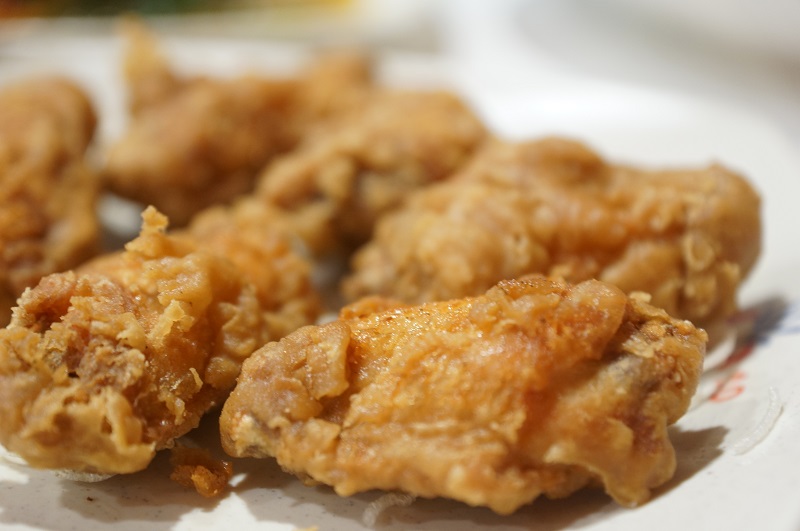 It’s supposed to be another signature dish, but coated with prawn paste and deep fried to achieve a crisp exterior with a tender interior. Prawn paste was just nice and not too cloying. But some find that the seasoning was a little undertone and too bland.

This is one of their signature dishes, strongly recommended by the stall and is something fairly unique as well. The pork was deep fried followed by wok fried with garlic and doused with sweet sauce. The nuggets of pork were deep red and resembles the traditional char siew. Each chunk of pork was crispy and infused with nice flavour. (Not sure it was deep fried with lard again?) 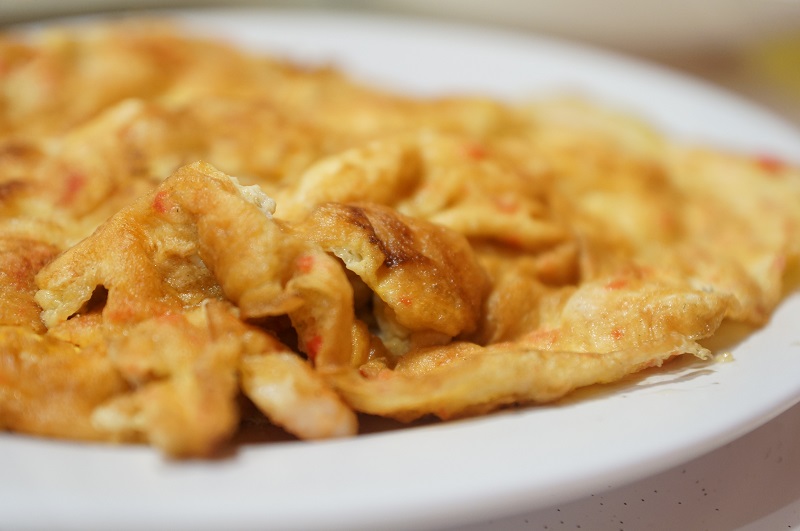 Honestly speaking, I only managed to have a small bite and couldn’t judge it definitively, but judging by the speed at which it was disappearing from the plate, I am pretty confident the Fu Rong omelette met my kids’ standard (which is pretty high!). 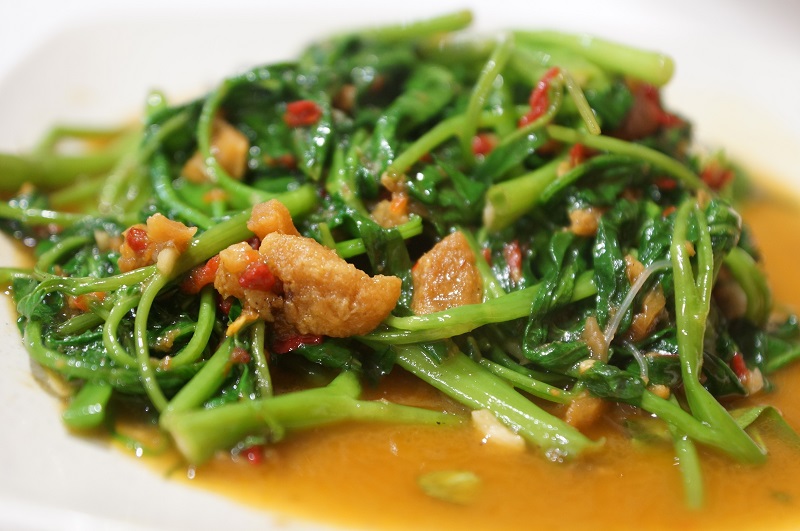 This is my two teen’s favorite; I have to be fast to get a taste before the two gluttons swallow down everything. The Kang Kong was crunchy and fried with sambal, lard was heavily added to perk up the flavour and overall a savory dish that well-liked by everyone of us. 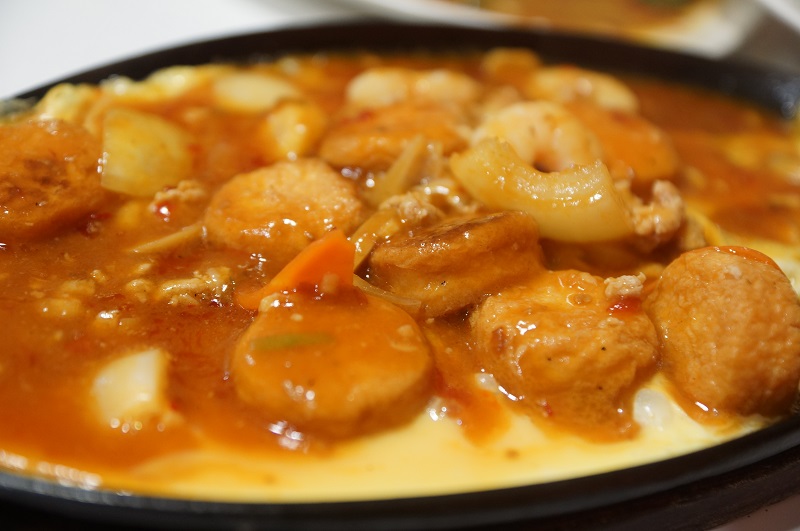 We regretted ordering this dish, as it tasted too ordinary and was nothing to write home about. This was my two kids’ choice. But of course they still had to finish everything. It’s the Glutton’s family principle: no wastage of food is allowed. 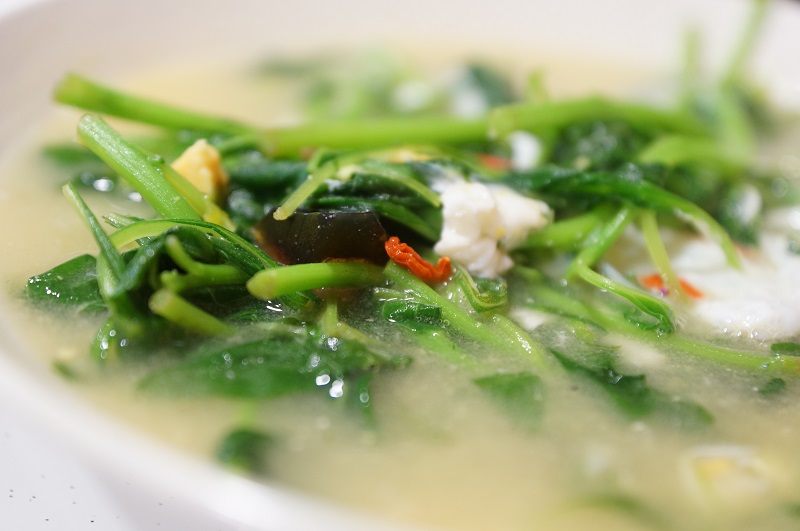 This dish combined three types of egg, the century egg, salted egg and normal egg, cooked with spinach and a heavily seasoned stock to produce a bowl of savory soupy vegetable. We slurped up everything from the bowl. 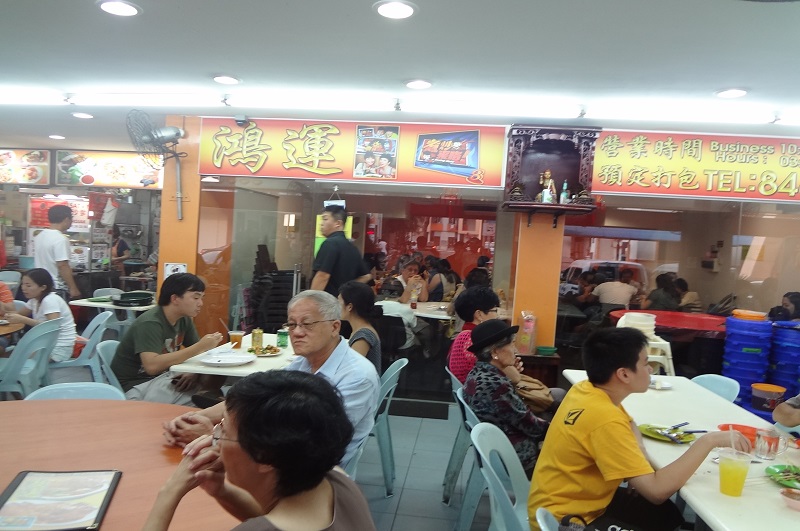 Overall, the food here is reliably good and has proven to be the main draw for its steady crowds; we think the porky fragrance from the lard definitely has a key part to play in this! Good value for money too. Taste and good price points – the winning formula at Hong Yun Seafood. 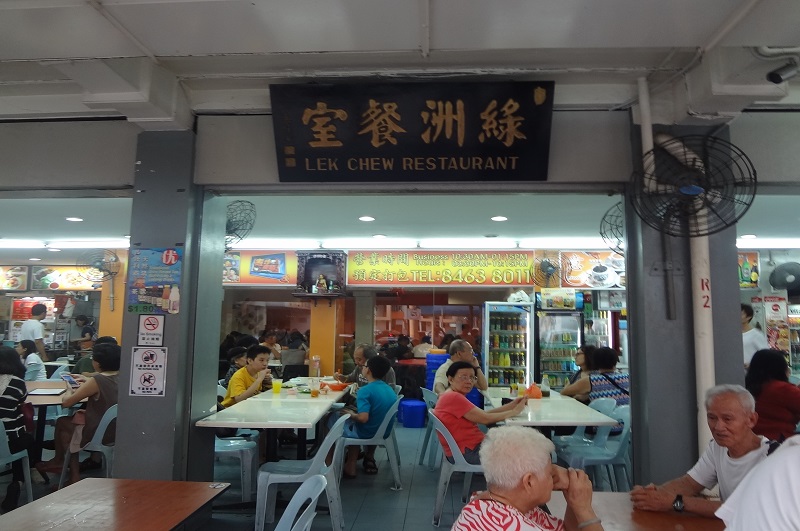