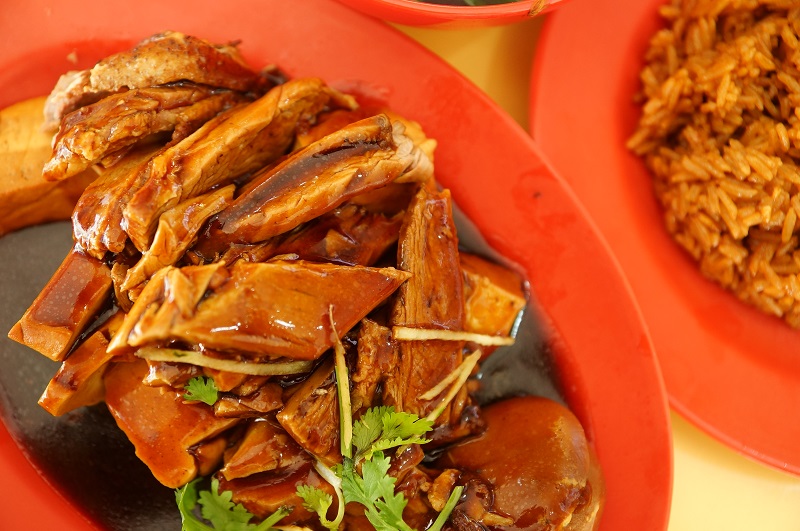 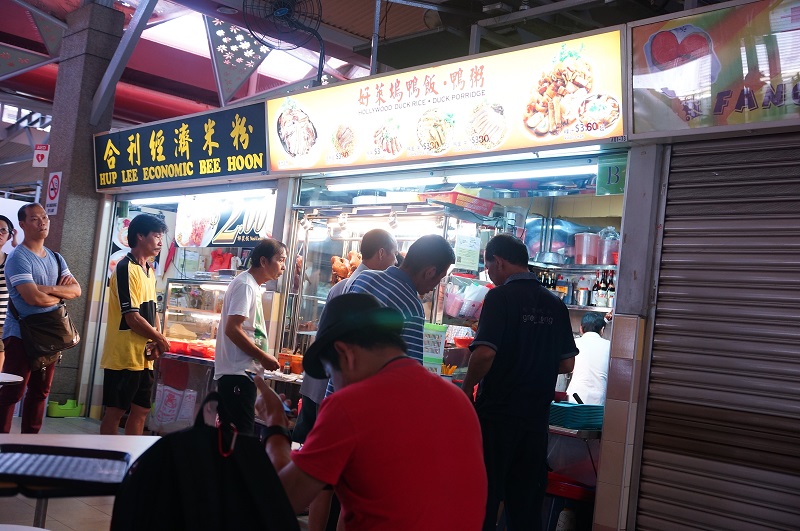 It was known as Lian Kee Braised Duck in the early day and is renamed to Hollywood Braised Duck Rice later, may be the stall was just right behind the old Hollywood Theatre and for easy identification, the stall opt for a name closely associated with the iconic theatre.

Our last visit to the stall was decades ago when the stall still operating at the old premises, after more than two decades and we were back here for the duck rice, honestly, we don’t have a clear mesmerizing of the taste but knowing this is one of the succulent duck rice around from our fuzzy memory. 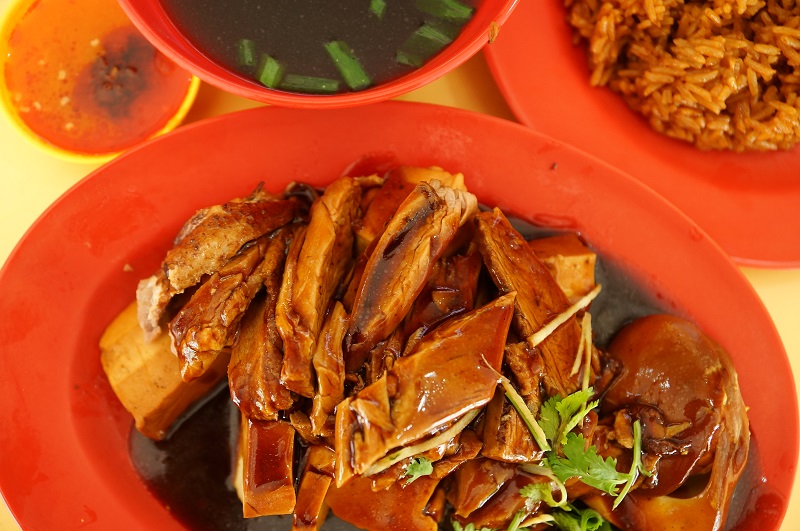 Sim Vista 49 Market and Food Centre is relatively big compared to the population around, located in a small estate but the food stalls are way more than those in the big town like Bedok or Ang Mo Kio.

Hollywood Braised Duck Rice is not the only raved about duck rice here; the stall has to compete with another black horse – Tai Dong Teochew Braised Duck. So, which is better? 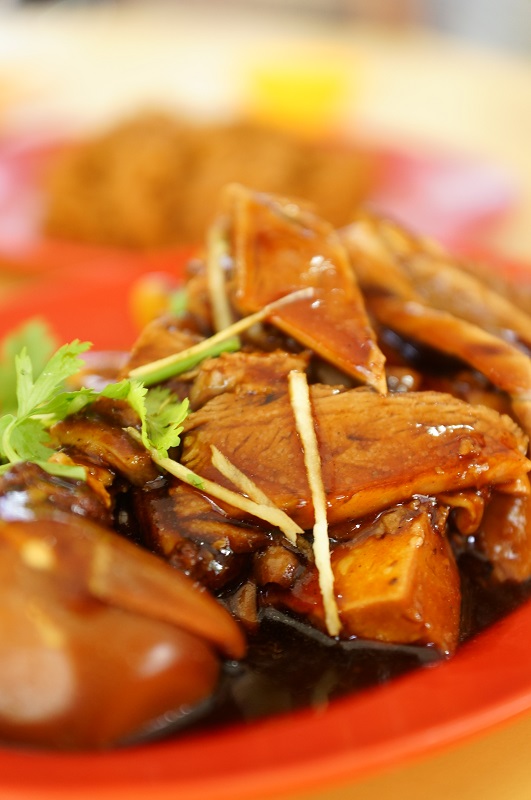 In fact, we ordered both the duck rice and compared them side by side. Refer here for the review on Tai Dong Teochew Braised Duck.

Gravy: the gravy was a balance of sweetness and saltiness, slight gooey but succulent sauce. 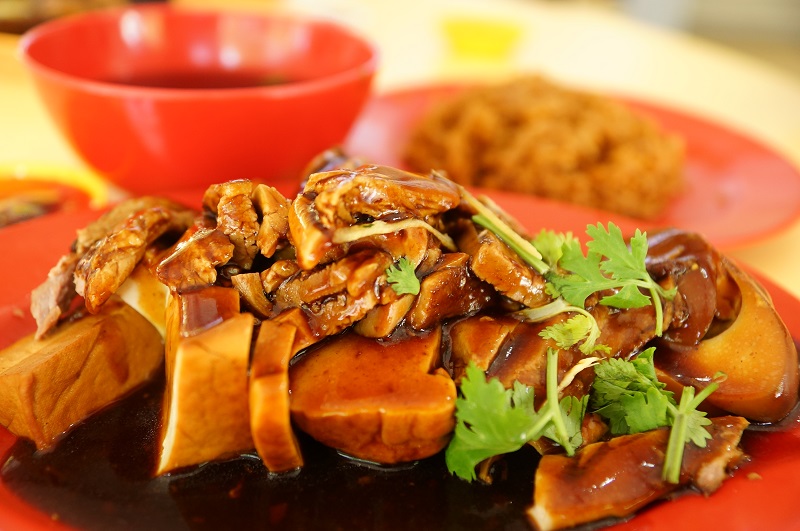 Soup: mild herb flavour but nothing too great to talk about.

Rice: braised sauce is used to cook the duck rice, rice was a little too hard could be the grade of rice used but you need the gravy to perk up the taste.