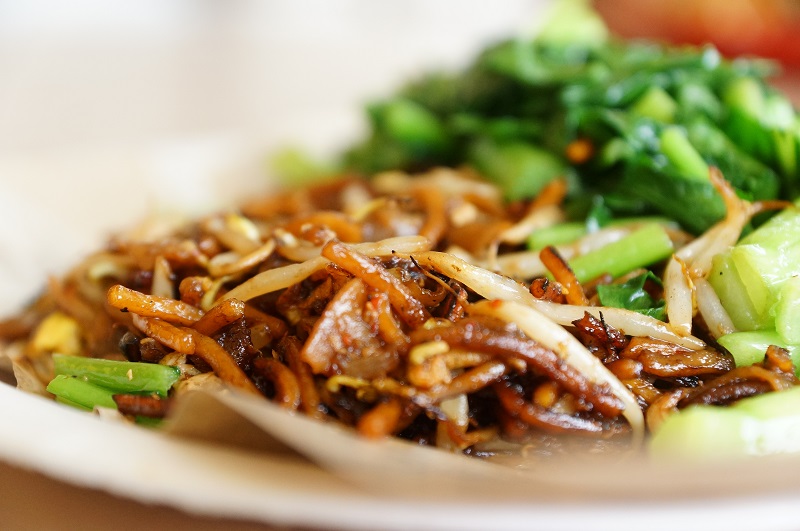 The dedication of hawkers here is indisputable – just like many other top hawker stalls, Mr. Tan of Heng Huat Fried Kway Tiao has spent many years perfecting his dish. More than 20 years ago, he had already spent some years tweaking his recipe to his satisfaction even before opening his shutters for business.

So, what’s so special about his recipe that sets him apart and keeps his customers coming back? In short, he chose to alleviate the guilt factor of fried kway teow – creating a healthier rendition that satisfies health-conscious Singaporeans’ cravings for this usually greasy dish. 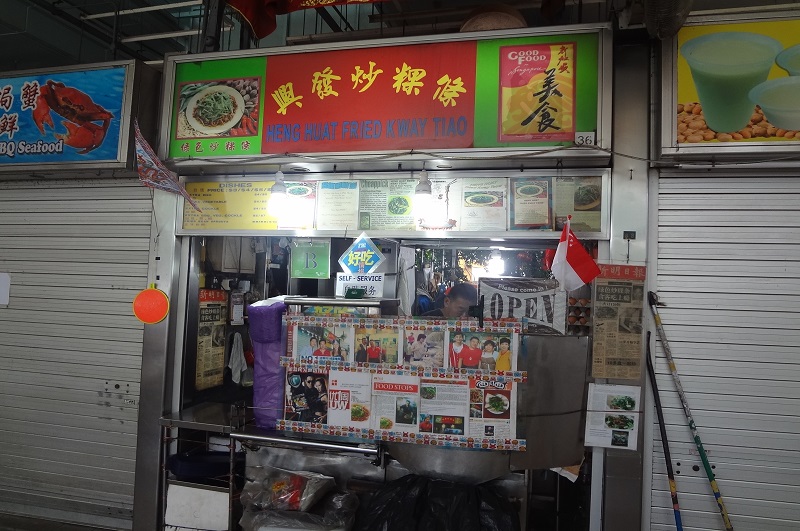 What is considered a healthy fried kway teow? Eschewing the use of lard, Huat Heng Fried Kway Teow tweaked the dish by doing away cholesterol-rich elements. Vegetable oil is used, alongside a good serving of greens.

The key question: does the lack of lard compromise the fragrance expected from fried kway teow?

Time for a taste test – we ordered a $4 serving. The plate of char kway teow was definitely less oily than usual, and was fried with bean sprouts, cockles, eggs and chye poh (preserved radish), and topped with blanched and still-crunchy Chye Sim (Vegetable). 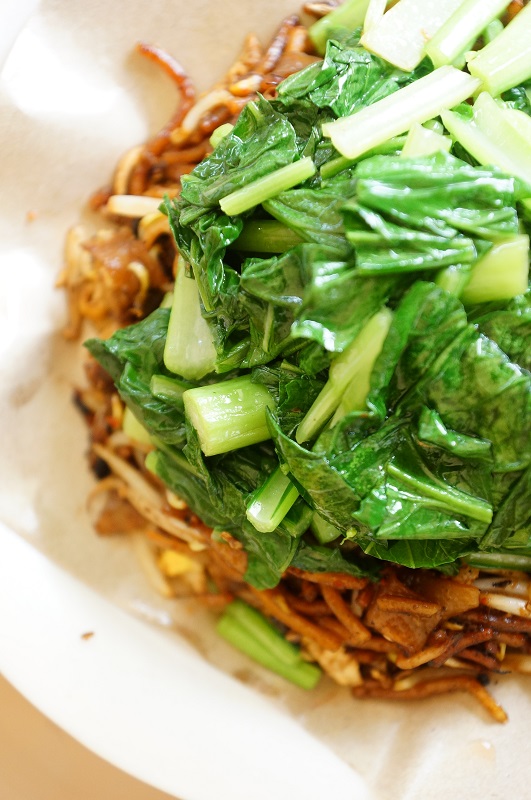 There was taste of charred flavour in the kway teow, the eggs, chai poh (preserved radish), and the cockles helped to enhance the taste. The blanket of green vegetable (chye sim) completely buried the kway teow and one could mistake the kway teow as a fried vegetable dish. This is the most distinct trademark of Huat Heng Fried Kway Teow and the selling point of the dish; (perhaps they should call it a vegetable fried kway teow instead?)

We’ve got to admit, we’re fans of lard – and frankly, it is not easy to produce a good plate of fried kway Teow without it. Our hedonistic selves still feel that lard is the soul of this ubiquitous dish and gives the fried kway teow much needed flavour and taste. Famous Char Kway Teow from Zion road Fried Kway Teow, Hill Street Fried Kway Teow or Outram Fried Kway Teow is popular thanks to their generous lashings of lard.

Overall, if you are health-conscious but crave for fried kway teow, eating at Heng Huat will certainly soothe your conscience and make you feel less guilty about it. It’s definitely good enough to satisfy those cravings. However, if given a choice, we would definitely still go for the version fried with lard – the Glutton family is too food-obsessed to give that little indulgence up!