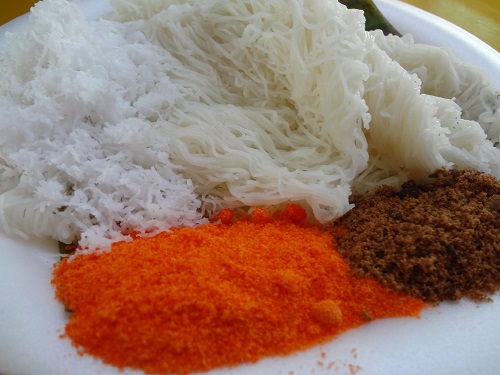 Appam is a pancake made with fermented rice batter and coconut milk, a popular staple food in the South Indian states of Kerala and Tamil Nadu.  Before you order the food, learn the right pronunciation first, Appam is not pronounced as “Ap pang” “Ap pan” but “Ap pom”. None of the few customers ahead of us in the queue got it right until we heard the conversation between the stall helpers! “Ap pom”, two, one egg and one cheese”. 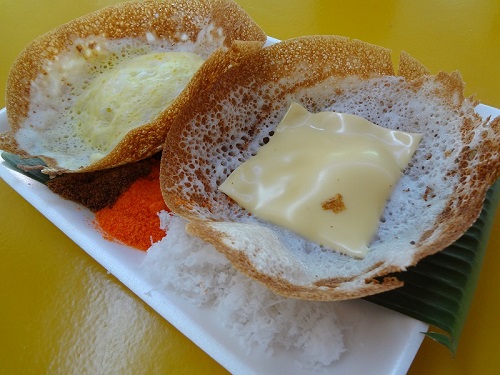 Appam is the term used for a baked dessert, making Appam is a slow and tedious process. You first need to scoop one to two spoonful of flour mixture and evenly spread it in the metal mini wok with lid, lift up the wok and turn it around to ensure even coating of the flour. After a few minutes of heating and baking on the stove, different toppings e.g. cheese, butter or eggs were then added to the Appam. Once right crispiness is attained, the Appam is ready to serve. We waited for an hour for our Appam not due to long queue but the slow preparation process!

So how should the Appam be eaten? It can be eaten on its own, however some prefer to go with brown sugar and shredded coconut as it is slightly sour. You can eat it with curry as well. 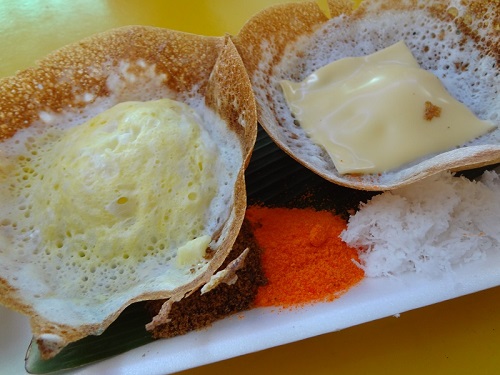 We ordered the eggs and cheese version of the Appam, the Appam lose it crispiness relatively fast in our humid environment, so do consume as soon as possible. Quite a numbers of customers ordered take away packs and we just wondered how it tasted without the crispiness. Both the Appam we ordered were charred at the bottom and became bitter, maybe the stall owner was overwhelmed by the crowd and lost focus on the quality. The Appam by itself might have been too plain to our liking and we had to eat with brown sugar and shredded coconut. 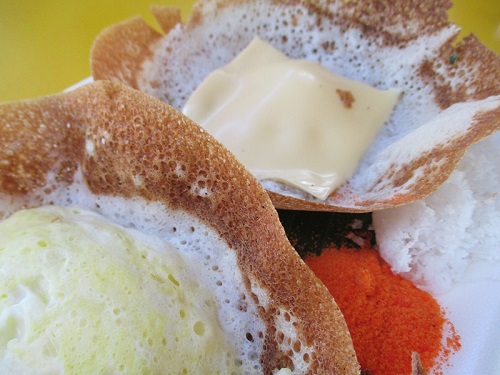 Overall, we were somehow disappointed with the much over-hyped of the Appam, though we appreciate the time consuming making process, we think it might not be worth with the one hour wait.

Heaven freshly made and authentic