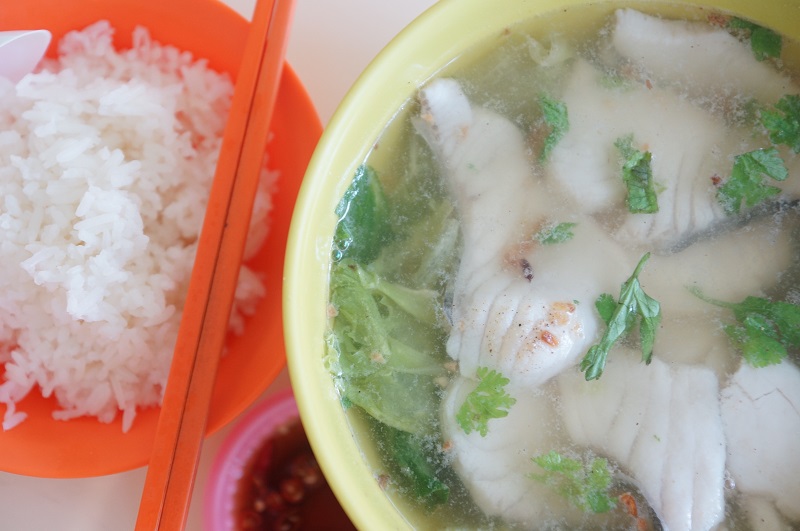 So, there are two famous fish soup stalls in Amoy Street Food Centre: Piao Ji Fish Porridge and Han Kee Fish Soup, both with a following – though on the day of our tasting, the queue at Piao Ji was somewhat longer than Han Kee.

With one goal in mind – to decide on who’s better – we ordered fish soup from both the stalls to compare them side by side.

From Han Kee Fish Soup, we ordered the $5 serving, the broth was clear and you can smell the fragrance of the fish soup from the bowl before eating it. We know a good broth is the soul of a good fish soup, and you would probably be able to declare a good fish soup with the first sip, if the soup is up to the mark. And Han Kee did not disappoint us – the soup was saturated with a natural sweetness, and there wasn’t the taste of the pork lard unlike at Piao Ji fish soup, so, definitely a healthier choice.

The fish slices here featured quality fish, and not the cheap snakehead, and that made the fish soup well worth its value. Han Kee was not too stingy with the fish as well. Flavourful and juicy, you can enjoy the full sweetness of the fish – the freshness and tenderness  here were superior to Piao Ji’s. 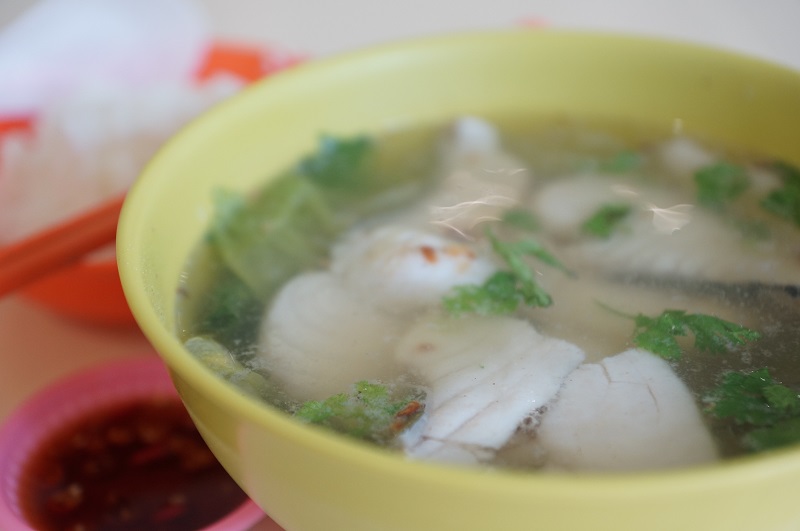 Comparing the two fish soups in this food centre, our verdict is:

Piao Ji seasoned the fish slices with salt to make it tastier, but it turned out to be overdone and too salty, Han Kee was more easy on the taste buds and stayed true to the simple flavour of the fish without overwhelming it. The fish slices from Piao Ji obviously lost its tenderness as a result from overcooking, whereas Han Kee’s fish slices were more tender in texture. 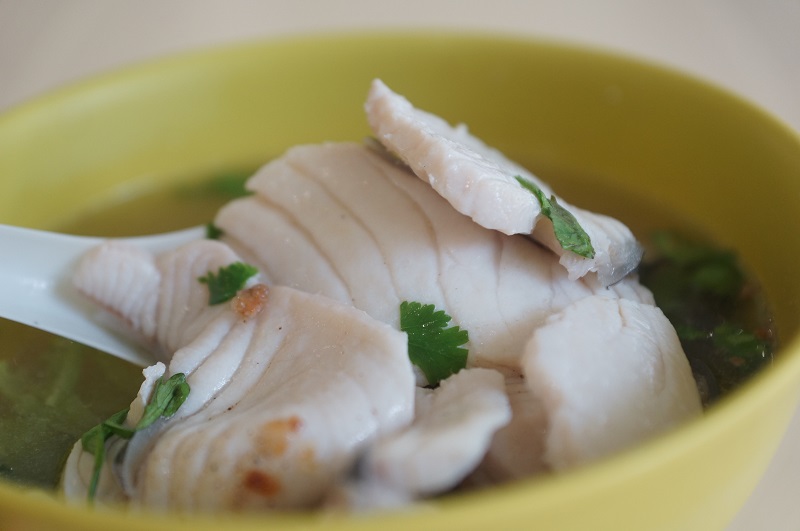 We believe good fish soup does not require too much window dressing; the ability to retain the natural sweetness and the original taste from the fresh fish slices should be enough of a draw to win over patrons. Fish soup, to us, should always be a healthier choice, and our preferred choice of the two is obvious! 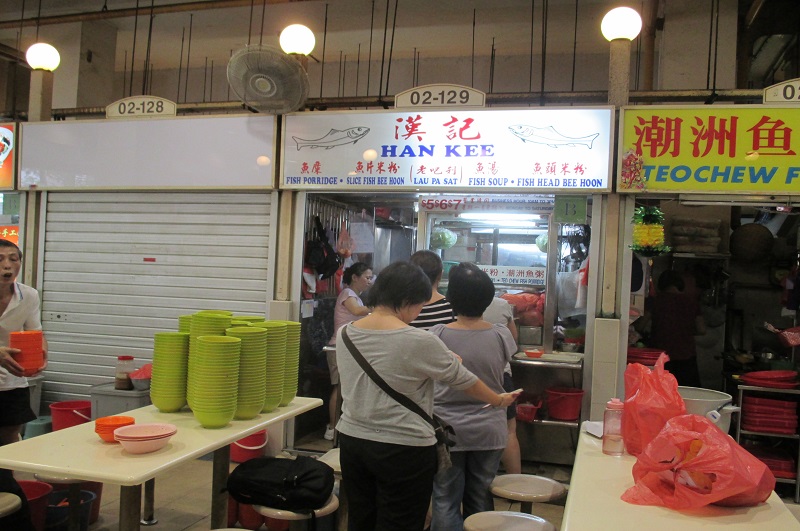