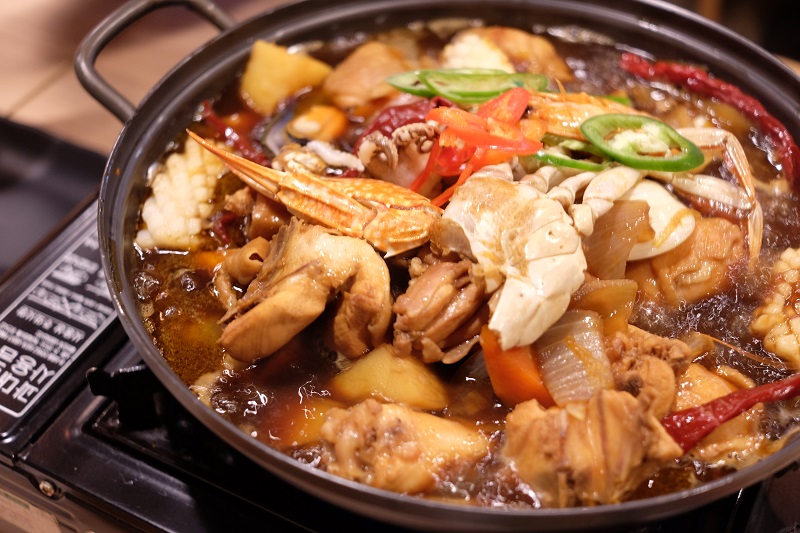 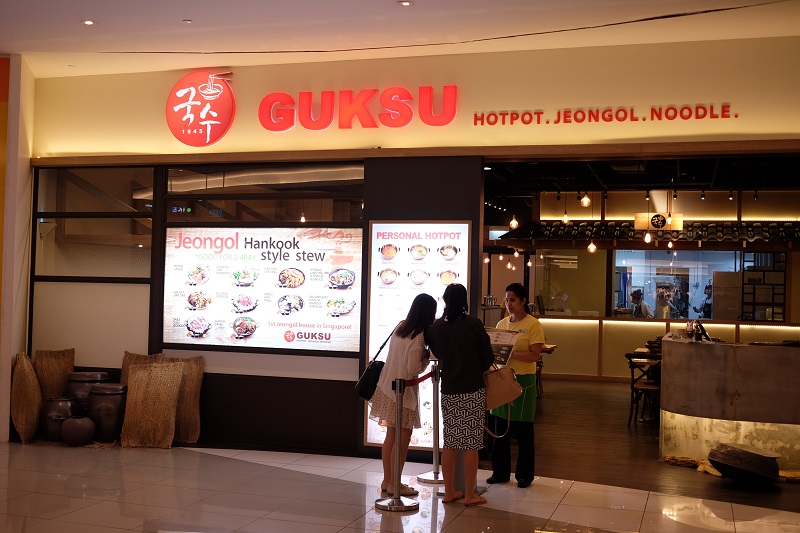 Singapore’s known for being a food paradise with tons of multinational cuisines available everywhere. I’m sure many of us are familiar with Korean dishes like Bibimbap, Ddeokbokki and Budae jjigae (army stew), just to name a few. But have you heard of… Jeongol? Guksu is the first restaurant in Singapore to serve up authentic Jeongol which is a Korean stew that can feed two to four people – imagine a Korean Mookata for a better picture. 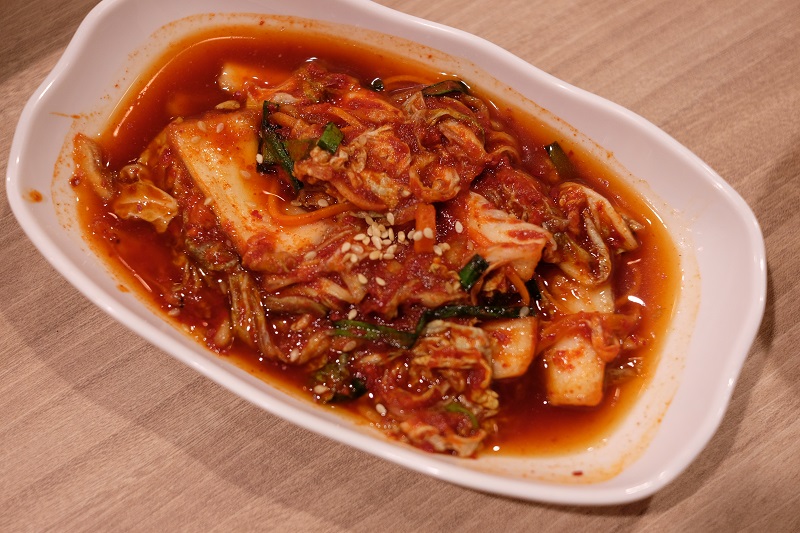 The Jeongol, which is served to the royals and enjoyed only by the upper class actually originated from the iron helmets from war soldiers having to make do with no utensils for their foods. Obviously, the Jeongol at Guksu is more elaborate, with each of the ten stews having a wide mix of quality meats, vegetables, pastes and sauces meticulously chosen by the in house experts. On top of serving just jeongol, they also have seven varieties of hankook-style hotpot broth to offer. 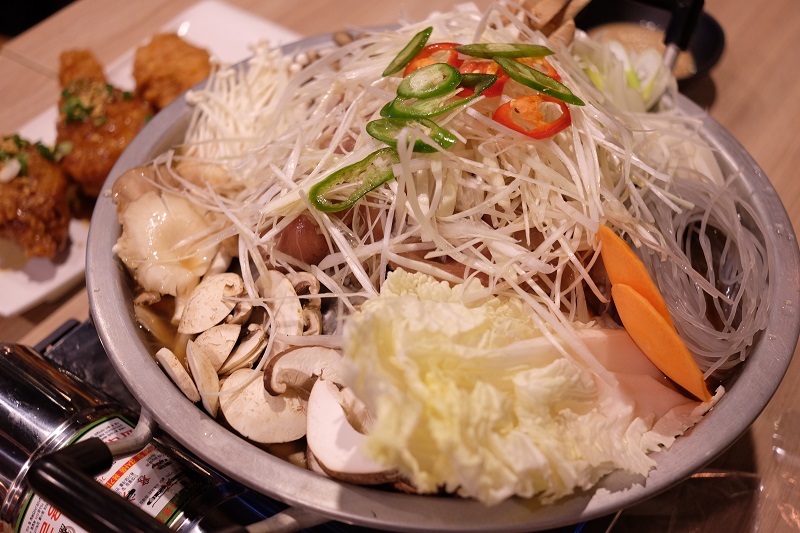 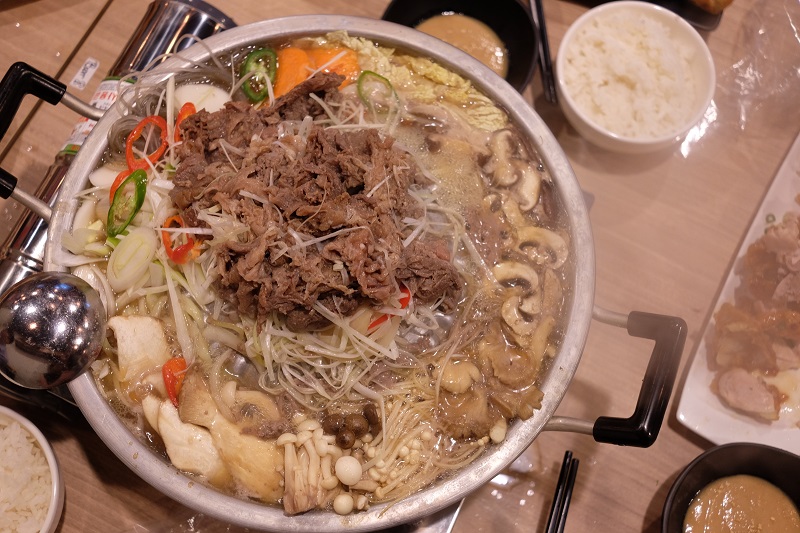 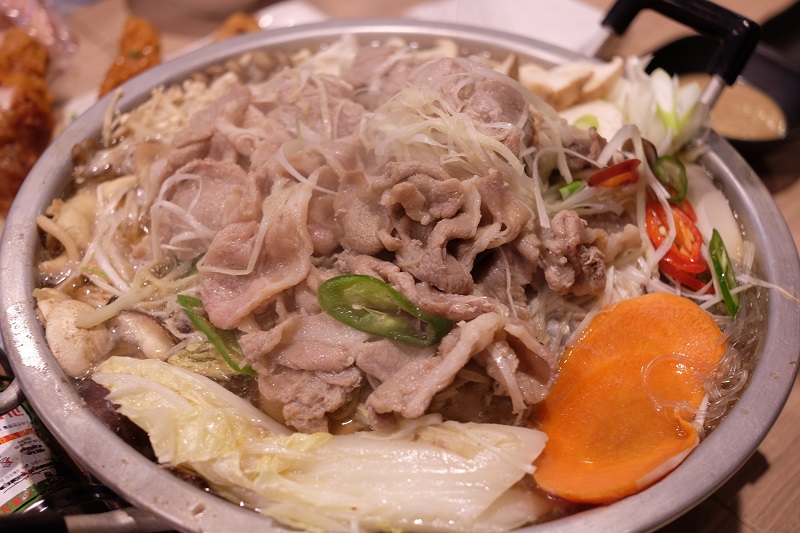 Basically these two Jeongols are largely similar in terms of the broth and toppings used, with only a difference in the type of meat served. Both jeongols had plentiful amounts of mushrooms (of various types like enoki, shitake and button mushrooms, just to name a few), carrots, cabbage, leeks and glass noodles. Each Jeongol comes with 2 bowls of rice and a portion of kimchi which is made fresh daily before the shop opens.

The broth of the Jeongol was flavourful, sweet and strongly addictive. I remembered very clearly that this thought was constantly running through my mind “why couldn’t the pot be deeper to accommodate more of the broth?!?!” You would think that the broth would be oily and cloying like how a mookata is like, but it wasn’t!

I personally preferred the wagyu beef Jeongol to the sliced pork Jeongol simply because the beef was absolutely tender and tasty; the pork was slightly on the bland side.

When I had a taste of this dish, I was trying to figure out why it tasted so familiar, and that was when it hit me – Kung Pau Chicken! Except that other than chicken, there were also tons of other seafoods in the mix like flower crab, mussels, baby octopus and prawns. Those who went for the food tasting session said it was very spicy but I personally didn’t feel the kick (I didn’t know it was meant to be spicy at first); that said, it is a good sauce to drench your rice in – which was exactly what I did.

On top of the Jeongols, we also had the chance to try Guksu’s signature Korean Fried Chicken. (1 for $3.90, 3 for $11, 6 for $21) The chicken comes in three flavours, the classic drumstick served with honey mustard dipping sauce, the s spicy drumstick that is coated with honey and spicy sauce, and last but not the least, the soya drumstick that is tossed in soya sauce. We absolutely adored this dish as the chicken was juicy and tender, not surprising judging how kampong chicken was used. We would definitely be coming back for more of this in the future! 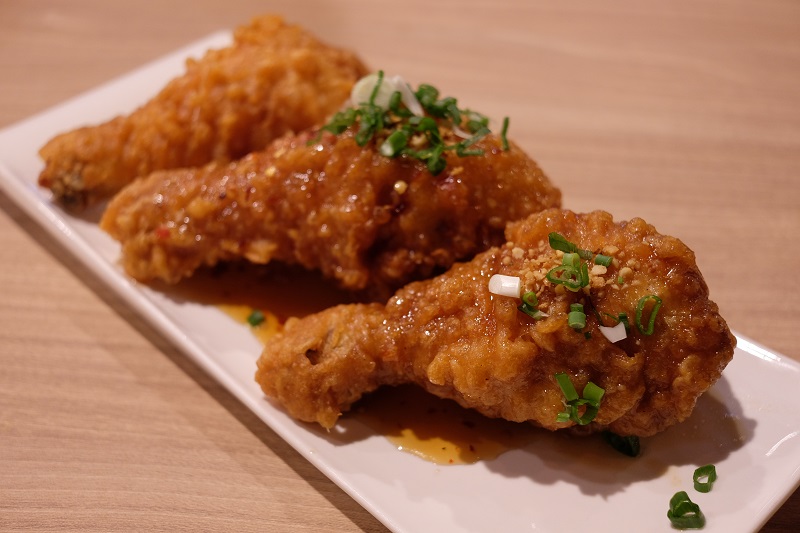 If you’re looking for some pretty looking cocktails to wind down at the end of the day, Guksu has 4 vibrantly coloured cocktails ($13.80) that tastes as good as it looks! They are the Norang (Passionfruit with Lemon), Parang (Blueberry), Bbargang (Raspberry) and Bunhong (Peach)! 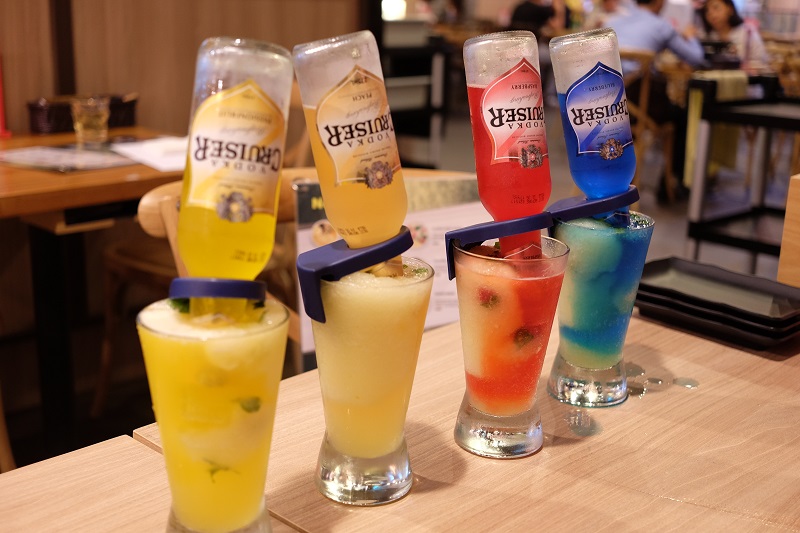 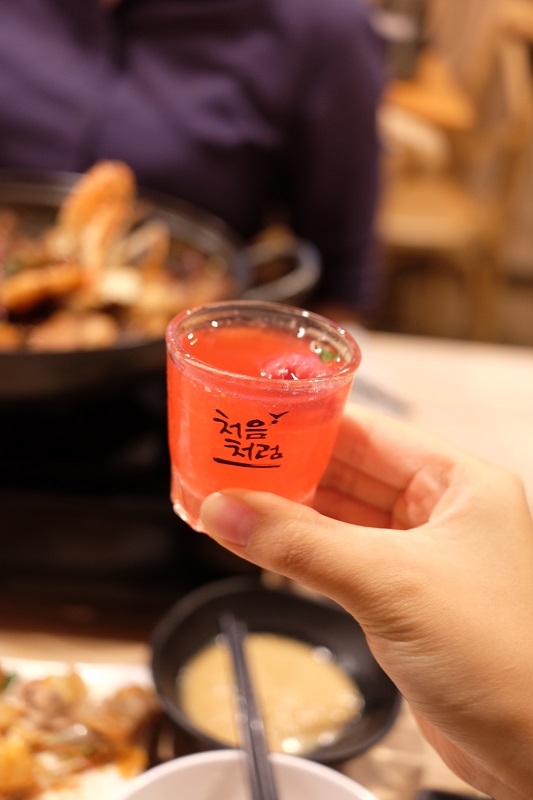 Last but definitely NOT the least, we also had the chance to dig in to their lovely moist and not too sweet chocolate lava cake for dessert. As you can see from the picture, the centre core just oozes out when you cut into it. What’s missing is a scoop of vanilla ice cream to bring this whole dessert up a notch! 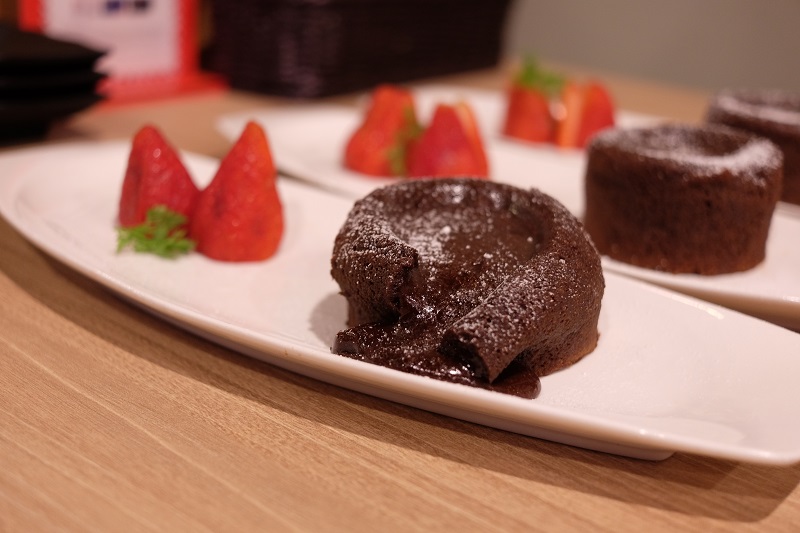 Note: Thanks Chevy S. Dayrit and Gusku Hotpot for the invitation.