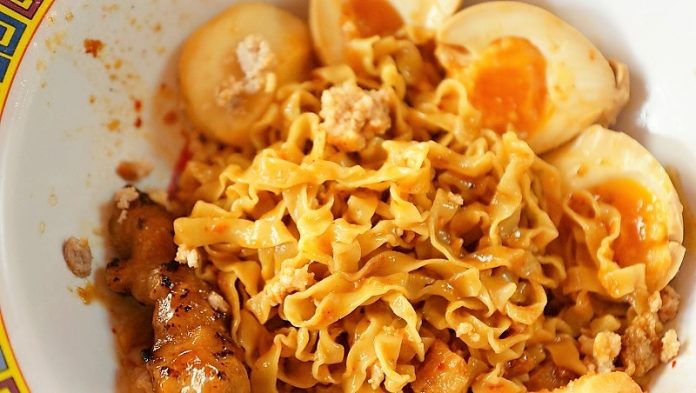 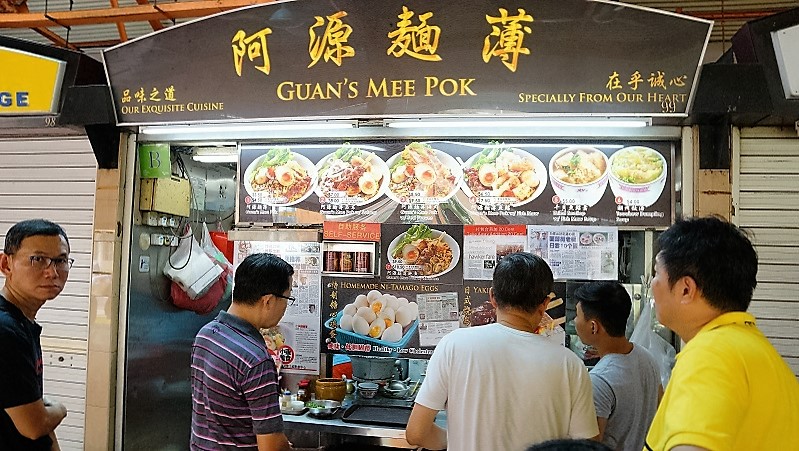 When it comes to famous mee pok in Singapore, it is difficult to keep Guan’s Mee Pok out of the equation. The stall is undoubtedly one of the much raved about mee pok stalls around, but then what really makes Guan’s Mee Pok the shining star? What is the secret recipe in the bowl of noodle?

Guan’s Mee Pok does not offer the traditional fishball or minced meat mushrooms mee pok and instead, makes a twist by incorporating unique toppings to differentiate themselves from other mee pok stalls. From the Japanese Ni-Tomago egg, yakitori to the Chinese fish maw, abalone and sea prawn or sotong, Guan’s Mee Pok shows clear intention to make the difference and at the same time enable them to command a premium price with the all the “attas” topping, a clever but risky business model indeed. You can always make the difference but the quality, target customers and value are utmost important when it comes to food.

Guan’s Mee Pok comes with a wide range of price tags from the cheapest 3.5 with basic minced meat, fish cake and half of a Ni-Tomago egg to the top end of abalone as the topping. The base noodle – mee pok is the same for all. The mee pok was al dente and it was the marinade that got our nods, the copious amount of lard and the salivating red flecked sauce has the combination of sweet and savory. The complete roundness of the sauce was seductive and intimidating, it just got us hooked. 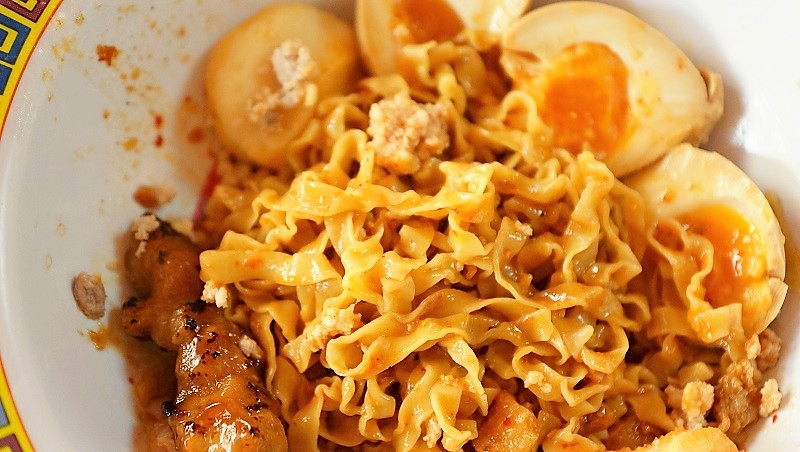 The Yakitori was well seasoned and tender meat, Ni-Tomago egg was not up to the mark when compared to the authentic Japanese version. We ordered an extra egg and it costs 2 dollars each, worth it? Sorry, definitely no. 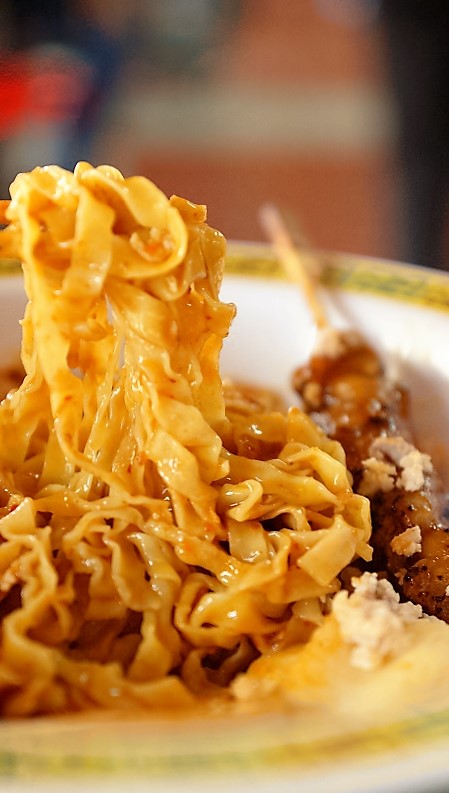 The accompanying soup was suffused with sweetness and deep flavour. You can slurp up to the last drop and yearn for more.

Our verdict on Guan’s Mee Pok

The unique toppings on the bowl of mee pok may not able to impress us too much, but we are adamant Guan’s Mee Pok has one of the best mee pok around. There may be lots of stories and confusion about Guan’s Mee Pok and the similar stalls around, but who cares? We know where to head down for a good bowl of mee pok with extra chili next round.