There has never been a parting more depressing than Gong Cha’s departure from Singapore June last year. After bidding an abrupt goodbye, we were left confused and lost as GC’s outlets were eliminated slowly but surely, and revamped as LiHo outlets. Just months later – December 2017 – Gong Cha came back with a BOOM, offering uber cheap milk teas and free gifts on its opening day.

Not even a year since its Singaporean rebirth, the Taiwanese brand today still stands as one of the top bubble tea brands with its superior quality and strong brand positioning. When one thinks of bubble tea, they will almost definitely list out GC as one of their options. So, what’s good at Gong Cha 2.0? 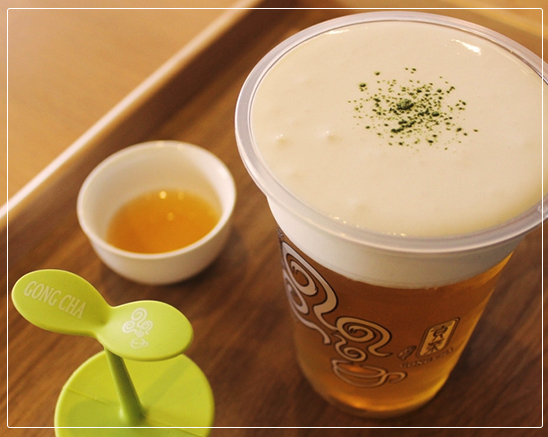 Inspired by frothy coffee lattes and cappuccinos, the long-standing brand boasts a creamy milk foam that instantly elevates your tea experience. A long time was spent developing a salty creamer that complements the flavour of tea, giving rise to this house special unique to Gong Cha. 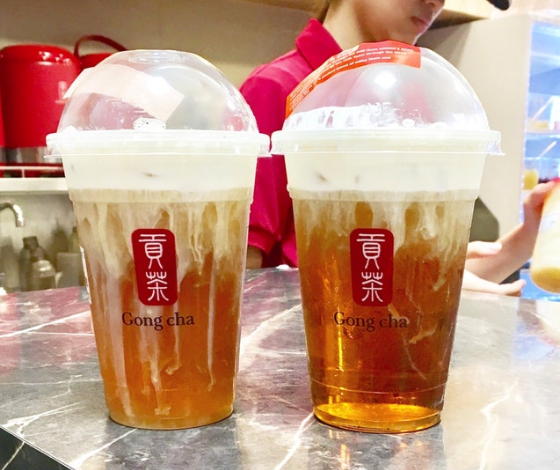 Add on a layer of frothy fun to any tea based on your preference, and your boring beverage is boosted with a touch of creamy saltiness. Go ahead and snap a picture as the white foam creeps cautiously into the tea, creating an artsy effect in your little cup.

Popular choices that you can top with the creamy topping include – Green Tea, Winter Melon Tea, Alisan Tea, and Oolong Tea. This is for sure, a cup of tea that you can’t get at other bubble tea stores. 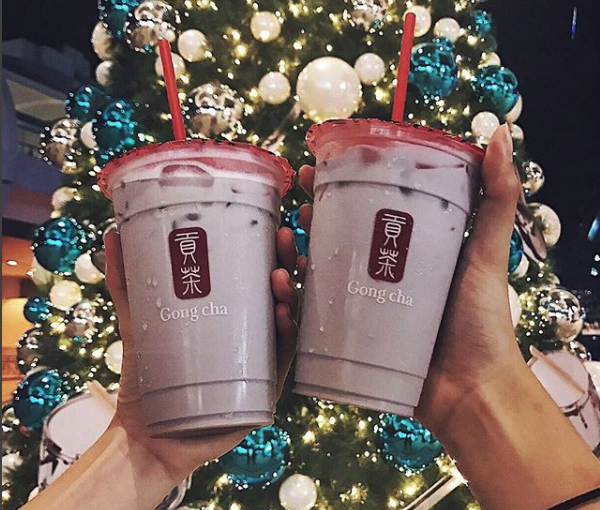 There must be some kind of magic potion in this drink, because Gong Cha fans order this like clockwork without fail. The Taro Milk Tea is a creamy milk drink, perfumed entirely by the earthiness of quality yams, but is sinfully rich, probably putting it at the bottom of the list for weight-watchers. The purple vegetable may not be a cult-favourite, but when transformed into a drink, does wonders to your palate.

During Gong Cha’s absence from June to December last year, fans could only dream of having a sip of this drink, and then wake up to the reality of Cheese Teas everywhere. 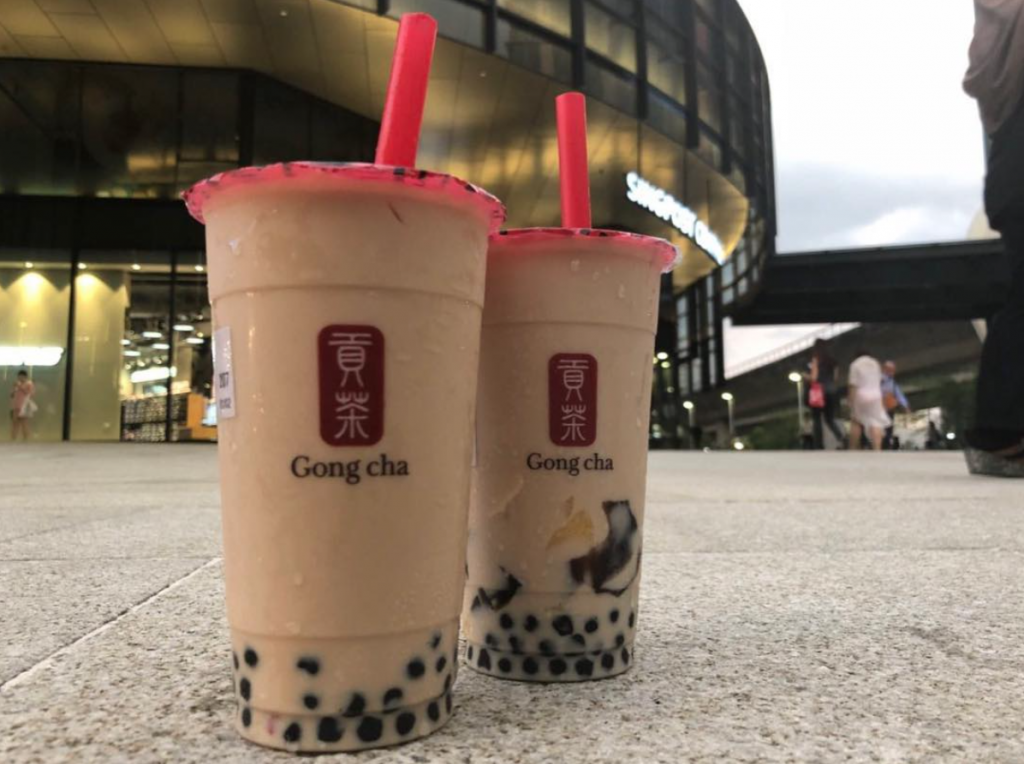 Earl grey milk tea is oh-so-basic. Every bubble tea chain has it. Gong Cha does its rendition of it, by ‘zhnging’  it with the 3Js – Tapioca pearls, herbal jelly and egg pudding. Each topping has a different character, which is what gives this menu item so much depth in taste and texture.

The pudding is brings a silky-smooth sensation to the table, which contrasts nicely with the chewiness of the black pearls, finished off with a certain edginess of herbs from the herbal jelly. As the pudding and herbal jelly glides effortlessly down your throat, keep your jaws busy and chew the pearls. By the last sip, your tummy will be full, but not as full as your heart is. 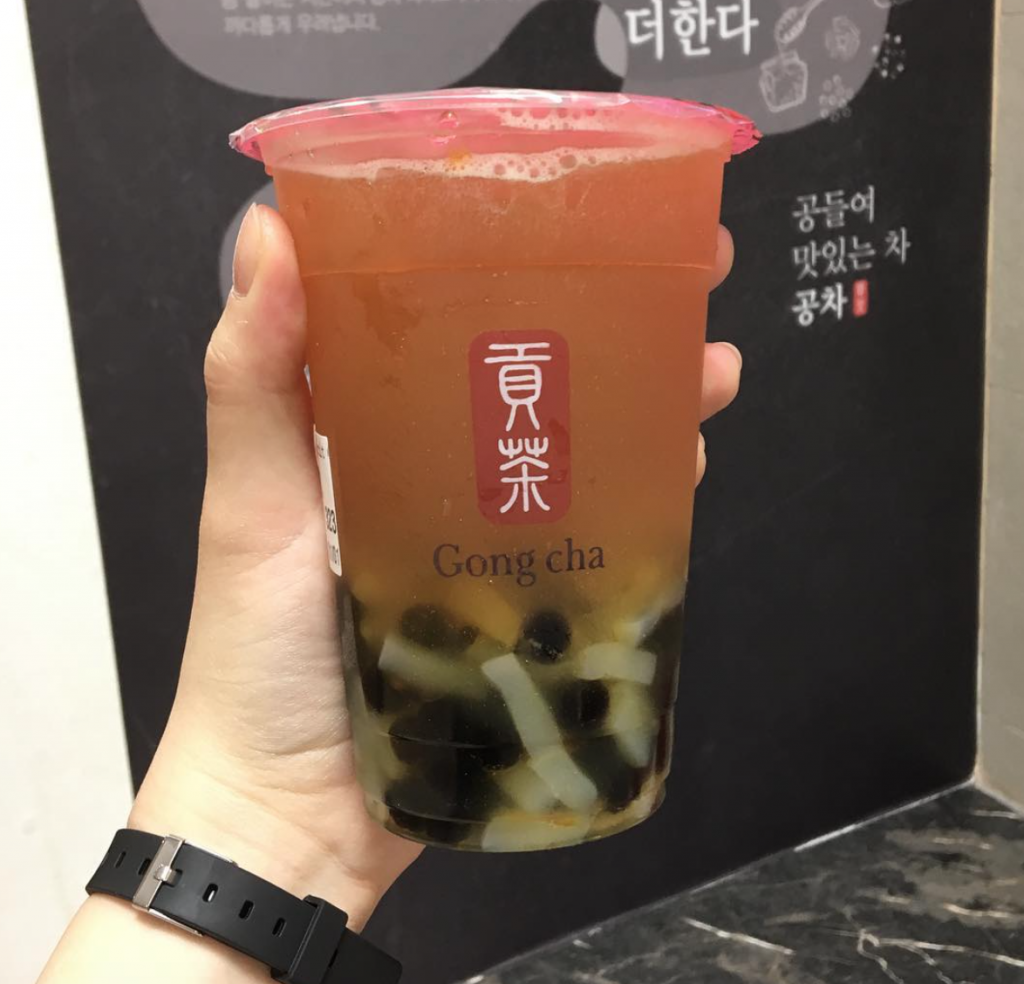 The name QQ already says it all, be prepared to work your jaws for this one. The 2 Qs are brought to you by bouncy black tapioca pearls and sweet coconut jelly.

Using real jasmine green tea with a robust aroma, there is a touch of bitterness which is contrasted and balanced well by the citrusy passionfruit. If you would like something refreshing and are itching for something to chew, this is a perfect choice. Also don’t be too surprised by the crunchy bits of passionfruit seeds when chewing on your jelly.

Fans suggest going low on the sugar for this one as the passionfruit tends to be sweeter than expected. 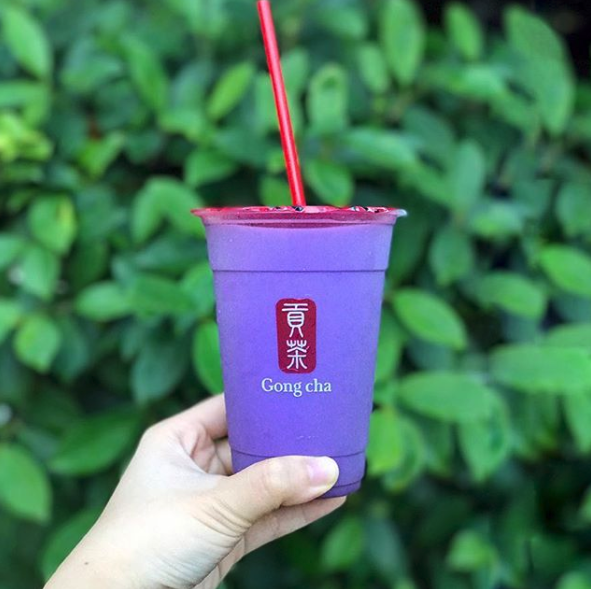 Not exactly a favourite nor a signature, but it is the hot new girl on the block, turning heads. While maintaining a similar taste profile to the Taro Milk Tea, it showcases a much more vivid purple, which is evidently beautiful on the gram.

Taste-wise, not as ideal as fans might wish. Bearing a starchy consistency with a powdery mouthfeel, it does not quite stand up to its cousin, the Gong Cha queen, Taro Milk Tea. While the taro drink is distinctively flavoured and pleasantly sweet, this lookalike was like a watered-down version of the former: tasteless and unsatisfying.

I can’t deny though, it is much prettier than the Taro Milk Tea. You can even request for the tearistas to not the mix the drink, and your drink will look a little like this. 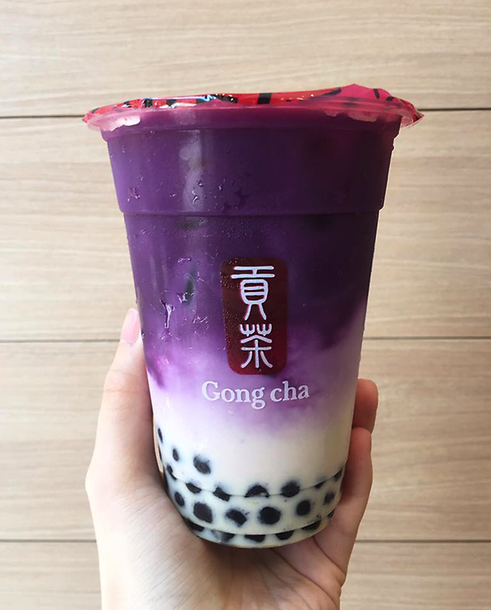 But I guess looks aren’t everything amirite?