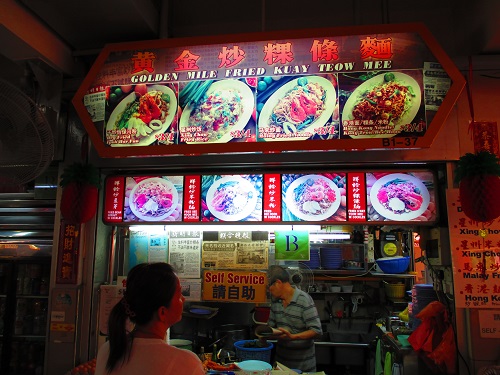 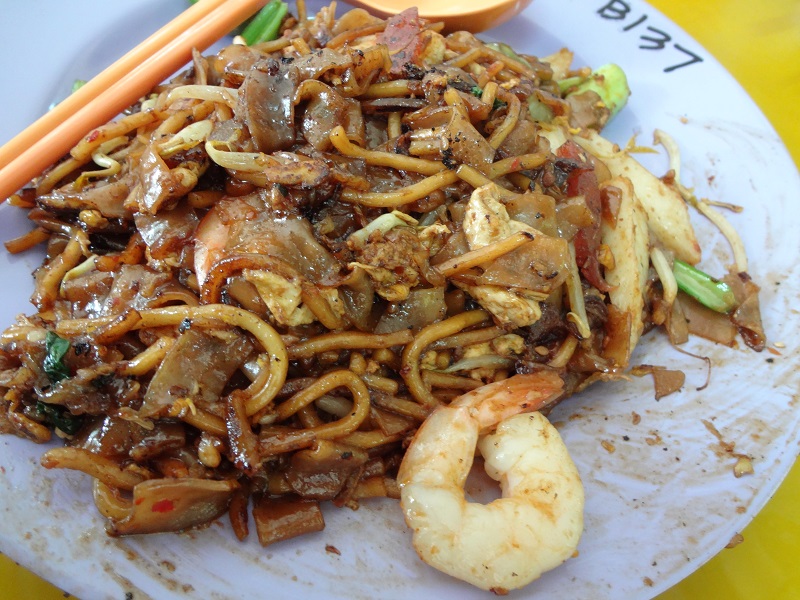 There are two Fried Kway Teow stalls in Golden Mile Food Centre, one on upper level and the other at the basement, both are popular and attracted different loyal customers. We had tried the 91 Fried Kway Teow Mee stall at the second level that claimed to be the healthier or healthiest Fried Kway Teow stall in Singapore, if you are interested about this stall, you can find our review under this category as well.

Golden Mile Fried Kway Teow Mee is located at the basement level , the stall is managed by a old couple, with our years of eating experience, somehow we have better faint on food cooked by the older generation, it was not just the quality of the  ingredients, timing, control or method but the skills and knowledge to bring all this elements together in perfect scrutinization, in our context, that is how a mastery all about. 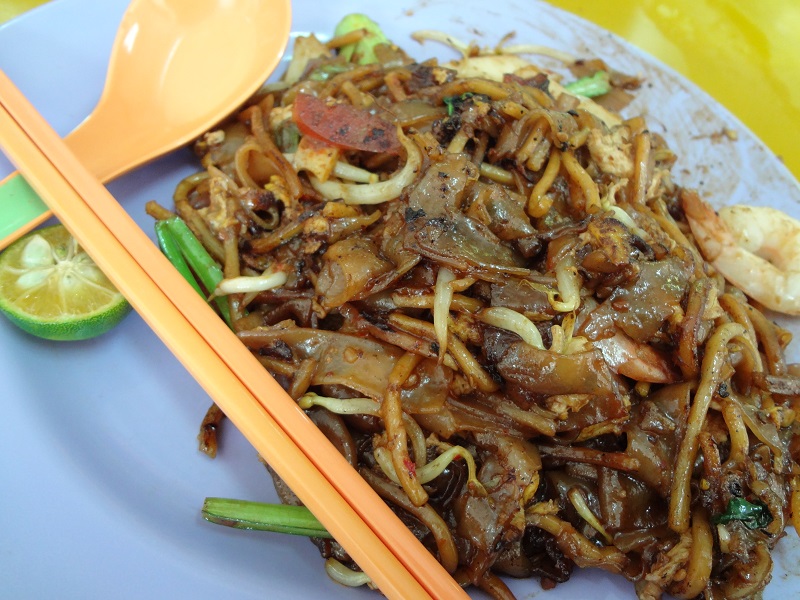 By comparison, Golden Mile Fried Kway Teow Mee has not adopted the same strategy of going for healtiest Char Kway Teow approach, the old couple faithfully fried the Kway Teow in a very traditional manner, with lard, chinese sausage, cockles, eggs and vegetables, presented their Fried Kway Teow in its most ordinary manner. However, if you insist on differentiation, the only difference is the much less oil used in the cooking, that’s it.

It is not the best fried kway teow in Singapore but for a Char Kway Teow’s  fan, our hearts go with the more sinfully but aromatic delectable version.