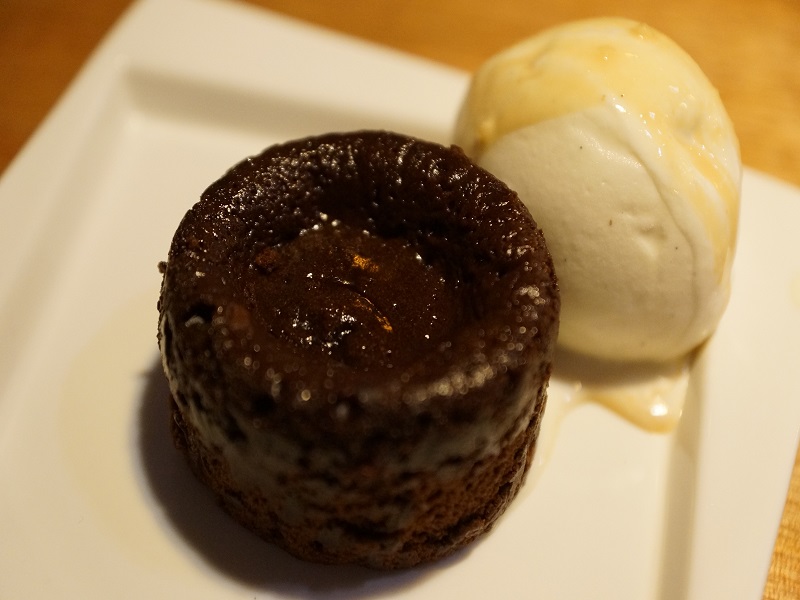 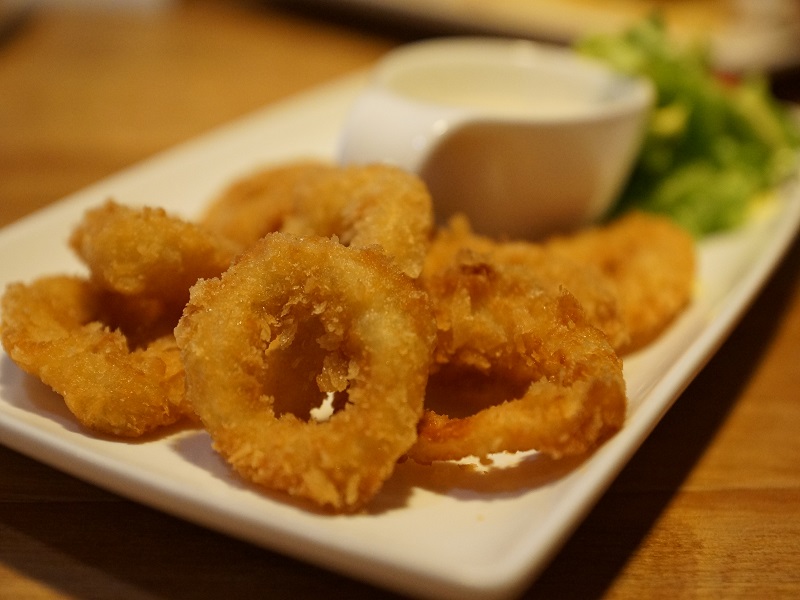 Located amongst the HDB flats in Bedok, we were surprised to see such a modern looking café amongst the old mama shops and hair salons. The décor in To-gather Café was really homely and cosy, with a woody and earthy theme while decals about happiness and togetherness peppered the walls. To-gather café was started up with the idea of serving you comfort food at a lower price than the usual, opened by a family who loves food. Let’s see if they lived up to their words! 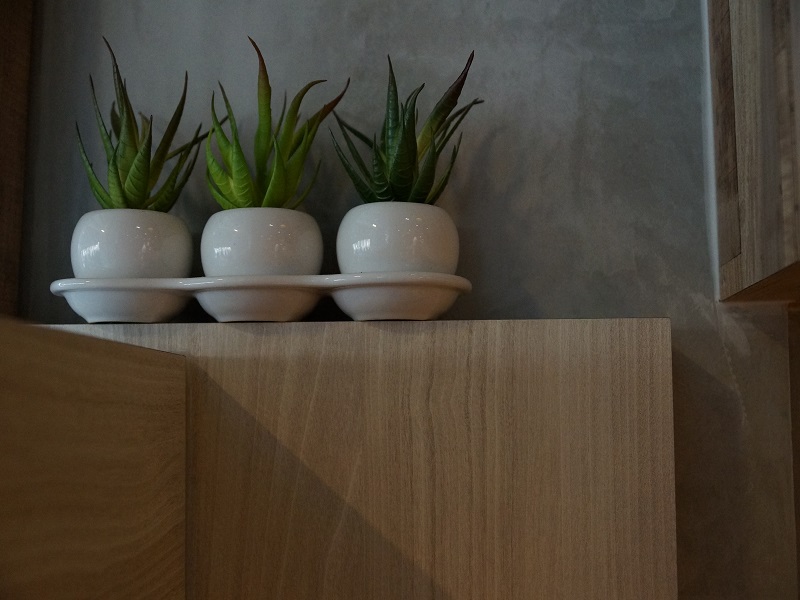 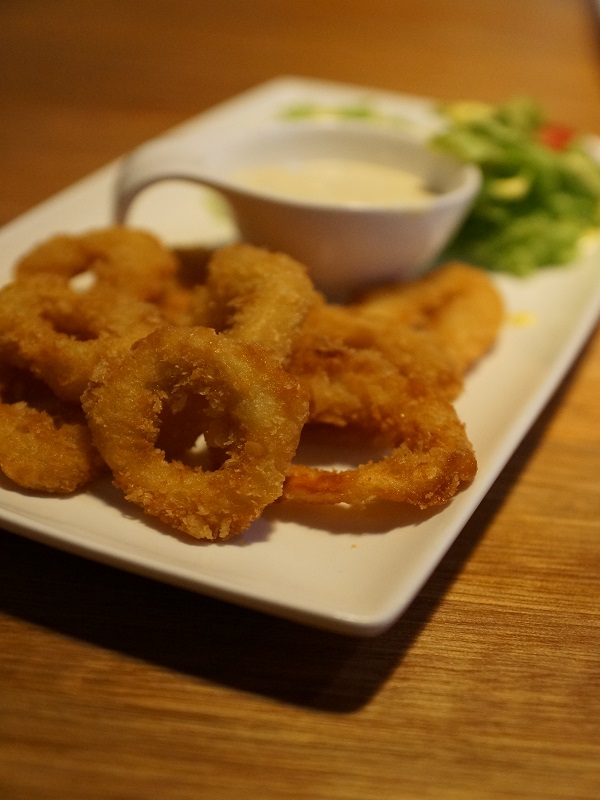 The Calamari was served with some lettuce draped with a tangy mild avocado sauce. There was also the choice of TarTar sauce or Honey Mustard to go with your calamari. The serving of the calamari was rather pathetic, and the taste and texture of the calamari did not make up for the lack of it. The calamari was rather tough and did not have much of a flavour. The salad provided tasted better than the rings itself, as the vegetables used were rather fresh. 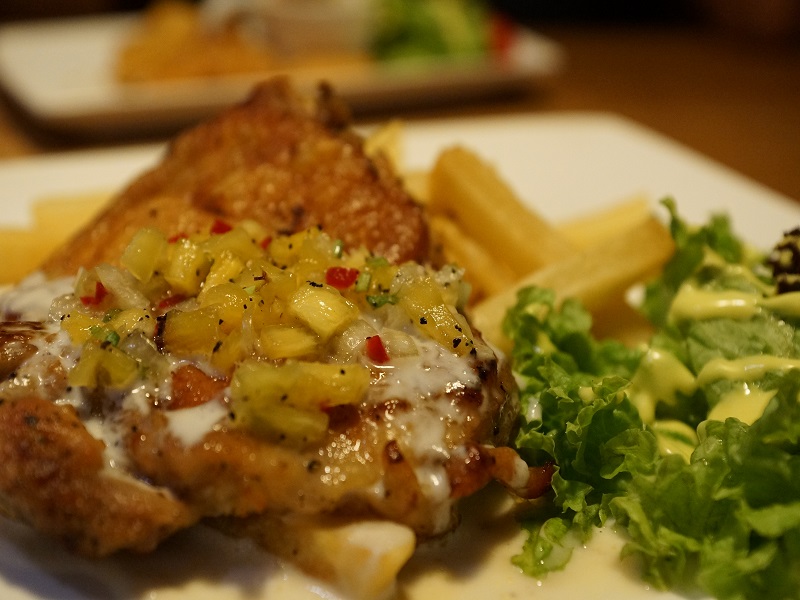 The chicken was served with some fries and the same salad. The chicken like the calamari was not fragrant, and it was not tender either. The chicken was rather tasteless, with a little bit of coconut milk tasting sauce which did not blend well with the chicken at all. There were some rather misplaced pineapple bits on the chicken which made it a rather quirky dish. Fries were average tasting, and if you were wondering, they were not crispy on the outside. Once again, the salad was the best part of the dish. 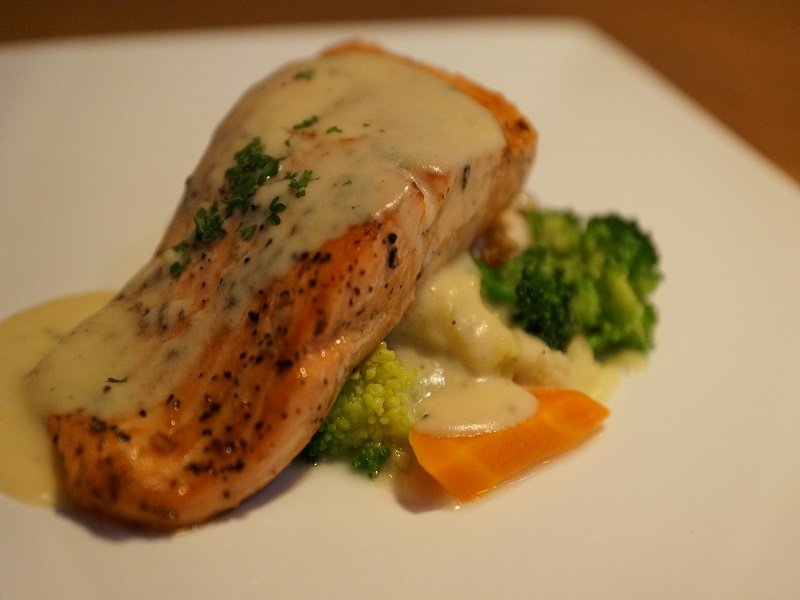 The salmon was served with mashed potatoes drenched in lime butter sauce, accompanied with seasonal vegetables, in this case broccoli, mushroom and carrots. The mashed potato was reasonably tasting, and the salmon was rather moist and tasty on its own, unlike most places whereby it is overcooked and dry you can barely taste anything. Probably the reason why it is one of the pricier items on the menu. 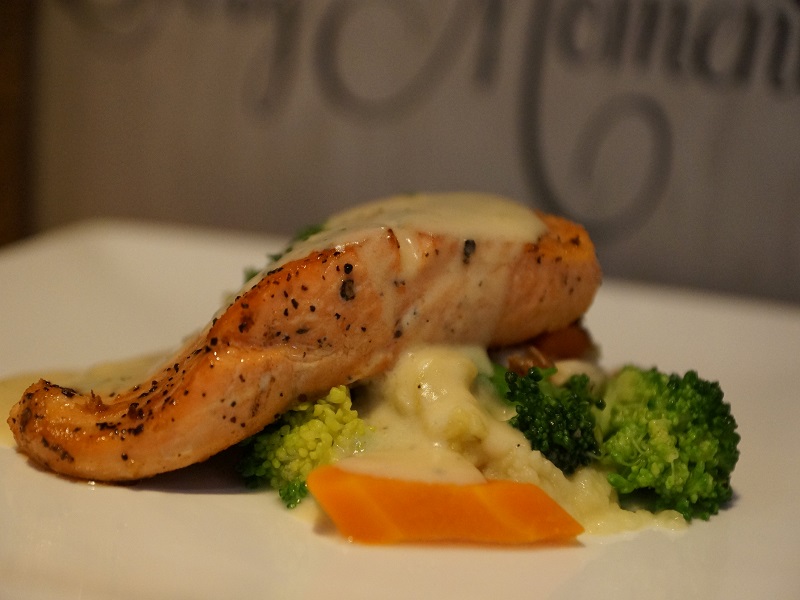 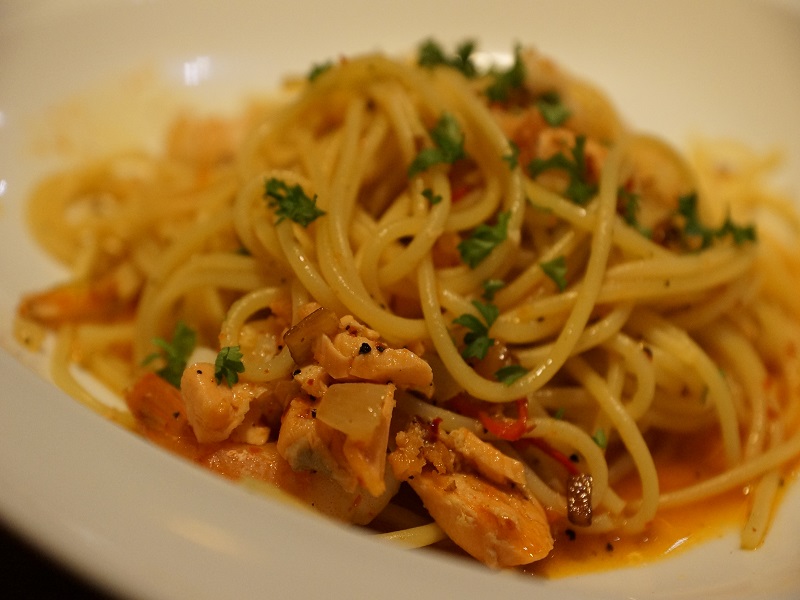 There were bits of salmon in the pasta, with one piece of squid and some prawns. The pasta was way undercooked, and it was too watery. This seafood aglio olio was just uncharacteristically salty and slightly spicy. 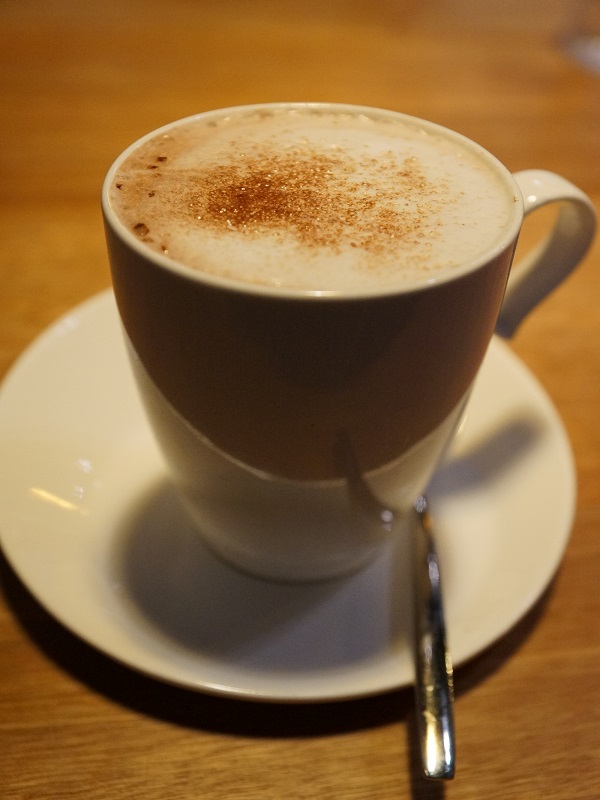 We had 2 cups, one that we ordered and second on the house because they missed out on one of our orders. (yay to good service!) the first cup tasted a lot like chocolate milk while the second was slightly better. There was clearly a lack of consistency. 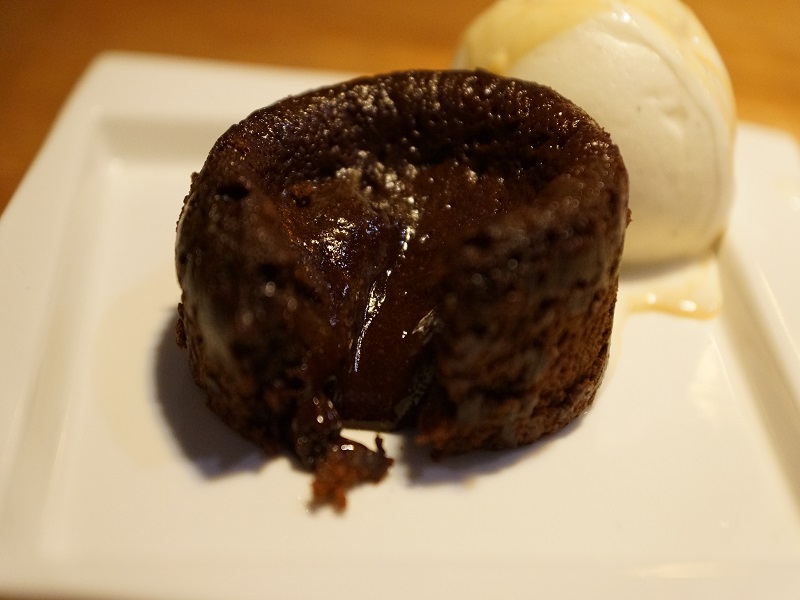 Our recommendation to you would be to just skip the mains and chomp down on that chocolate lava cake, this is one thing you do not want to miss for anything! 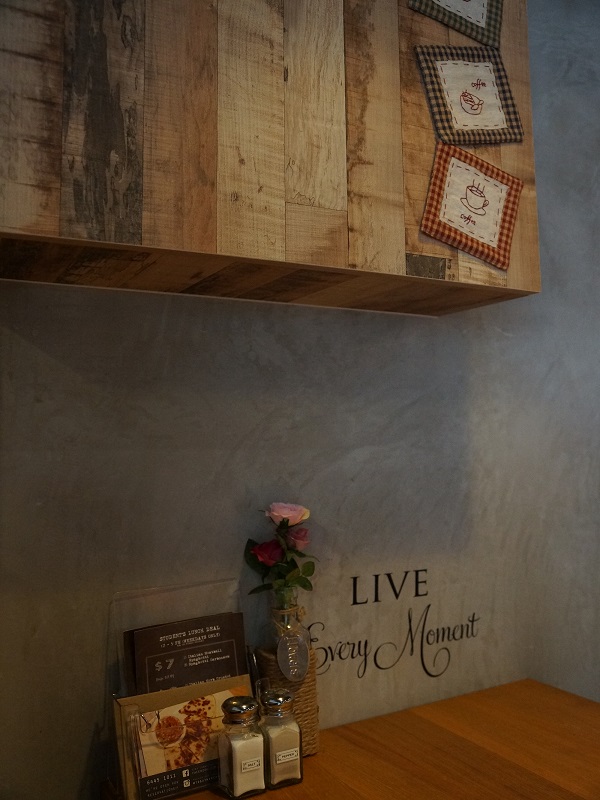 Overall, the name of the café says it all, To-gether café provides is a good place in the HDB precinct for gathering with cheap Western food. Of course, you cannot expect too much for food quality except the Lava Cake is something worth the compliment. 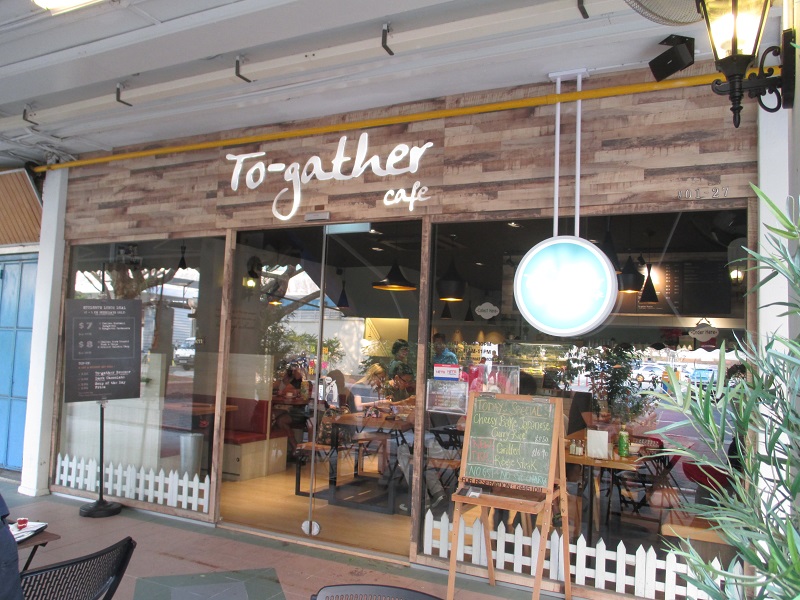