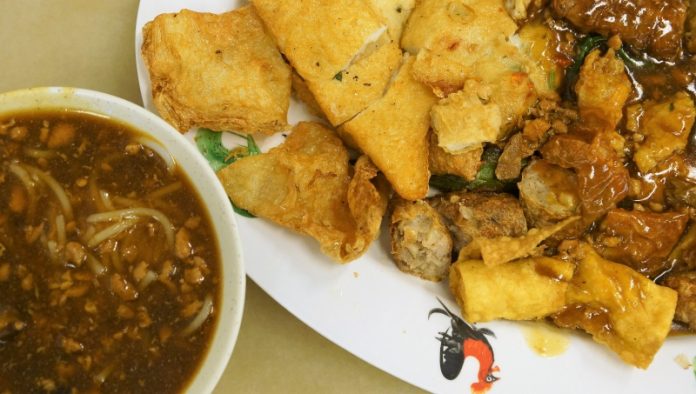 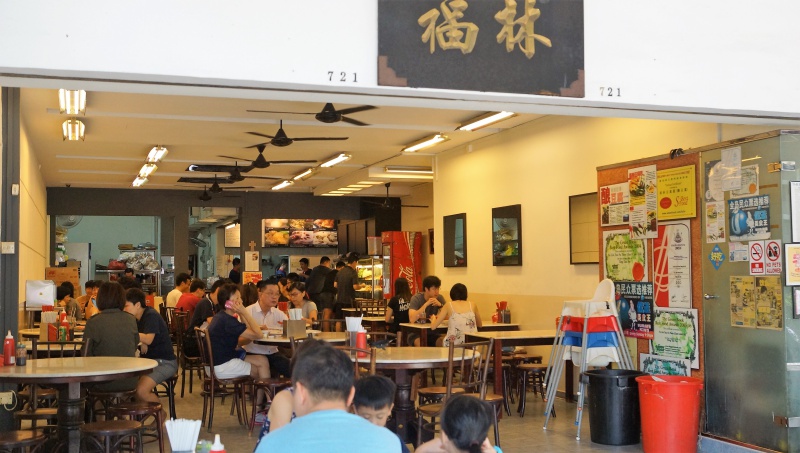 We visited Fu Lin Tou Fu Yuen when it was occupied a small coffee shop stall next to Siglap Centre. Later, it shifted a few doors away and established their own independent shop. Over the years, business took a further boost with several outlets across the island and city areas.

The sheer amount of variety is probably the reason for Fu Lin Tou Fu Yuen’s successful expansion. Close to 50 options of yong tau foo ingredients are on display, plenty of choice and all are relatively fresh.

By definition, yong tau foo is supposed to be a healthy dish; The ingredients consist mainly of fish, soybean, related tofu products, and veggies cooked in broth. Like most other local noodle dishes, there is an option to have it served dry (tossed in sauce) or soupy in the broth. However, the best of Fu Lin Tou Fu Yuen is very much contradictory with its sinfully delicious deep-fried yong tau foo.

Of course, just deep frying ingredients will not take Fu Lin Tou Fu Yuen too far, the ingredients are stars of high quality, attracting the steady stream of customers.

What is especially good includes their fish paste related items: the fish cake, beancurd skin with fish paste, the stuffed tau kwa and veggies. You can be assured each piece is full of flavour with a pleasant texture. 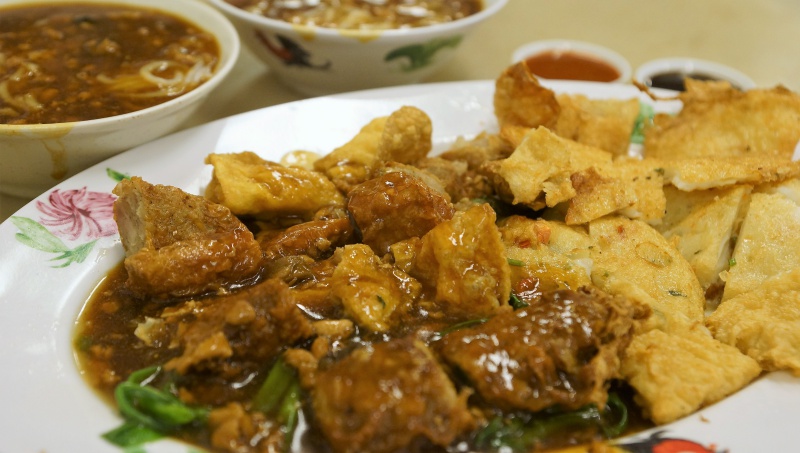 Another must-try item is their house made wu xiang or five spices meat roll; the beancurd skin encases the essence of a good wu xiang, not packed with flour but genuine and well-seasoned meat.

The same gravy is used as the topping sauce for the chor bee hoon (thick white noodles) which blends very well. Every one of us truly enjoyed the sumptuous combination.

For those looking for something lighter without the deep frying, Fu Lin Tou Fu Yuen, does offer the soupy version as well. In our honest opinion, after trying the healthy version, we cannot recommend it. You can get much better soupy versions elsewhere. 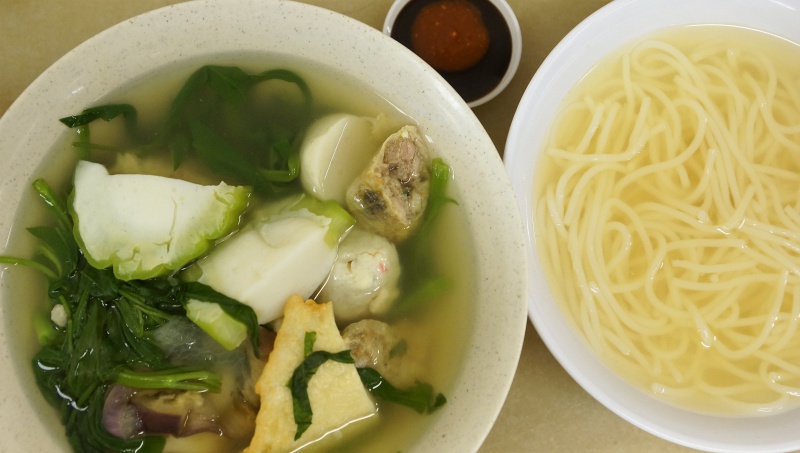 At Fu Lin Tou Fu Yuen, the fish cake and house speciality wu xiang are the must try items here. Do order the white bee hoon that comes topped with the mushroom and minced meat sauce. The price may be slightly at the high side but in return you are rewarded with a tantalising meal.