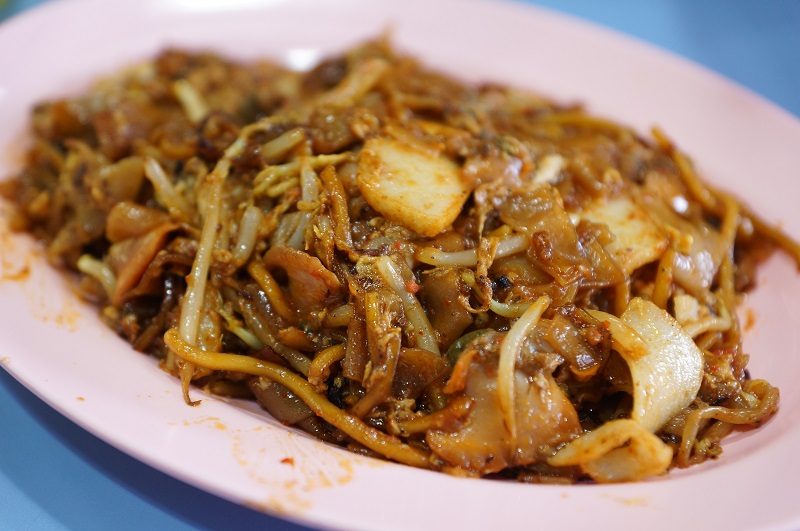 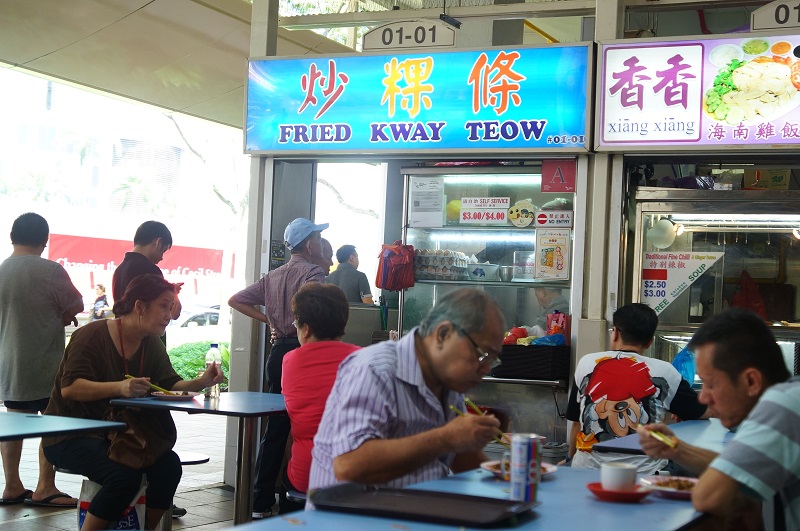 The owner has not bothered to name the stall, the big signboard only has three big words read out the general name Fried Kway Teow 炒粿條, nothing else. Maybe it is the first unit (#01-01) and too prominent for everyone to miss it and a proper identification may seem as redundant. Or it could be the two old uncles already whipped out countless plates of char kway teow from the past four to five decades that already a well-known icon in the vicinity. Name? for what? Uncles are the best trademark. 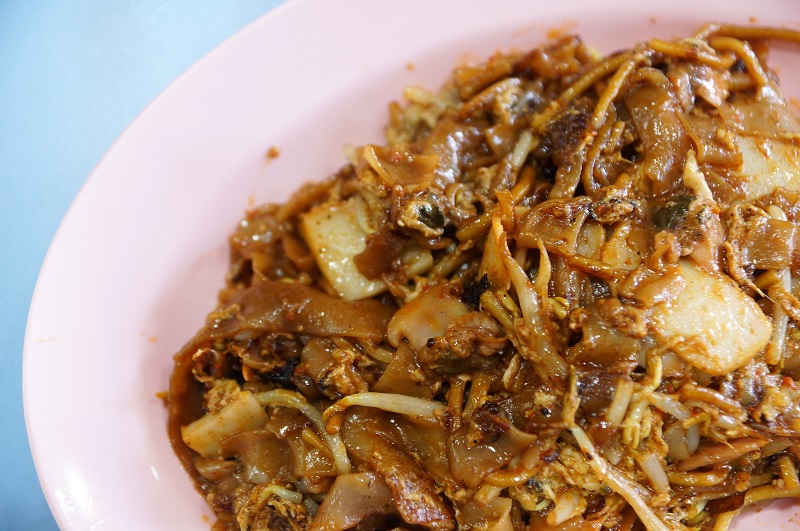 There was a handful of patrons when we were there but the two uncles taking a very steady and slow speed to deliver the plates of the Char Kway Teow. Good food perhaps need to wait. We ordered the $3 serving that came with cockles, fishcake, eggs, beansprouts and some seemingly low grade fatty Chinese sausage cooked with the flat white noodle and yellow mee.

The kway teow was light in colour compared to the unsual much darker Fried kway teow from other famous stalls, obviously, the uncles were easy with dark soy sauce but went heavy with the sweet sauce, it made the plate of kway teow tasted towards the sweet side.

There is no lard added and perhaps a heathier choice for some or probably to suit the major white collar office staff surrounded the areas. However, lard is a major flavour booster and key ingredients in a plate of good Char Kway Teow, missing the lard undoubtedly made a deep discount to the overall taste. Our sensory cells in the nasal cavity has the difficulty to pick up the much needed Char Kway Teow flavour, the “char” flavour was not present as well and leaving a plate of relatively ordinary standard char kway teow in our opinion. The mediocre plate of mee was further compromised with the low quality of the noodles which was powdery and mushy, may be they have succumbed to the price pressure and resorted to cheaper alternative but on the flip side, it has the quality to trade off.

The plate of Char Kway Teow may not generate too much of excitement to our taste buds but it has not dampened the fans’ enthusiasm to queue up for the food, some compromises so what? Afterall, it is still one of the most popular and well-loved staple foods in Singapore. The word “Char Kway Teow” has enough magnetizing power to attract the attention, may be another reason why name is not needed for the stall.