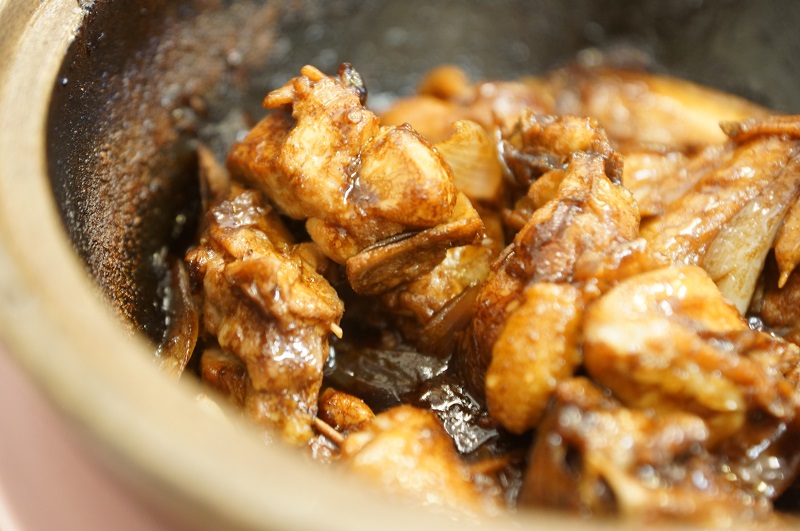 Neighbour to the famous Sembawang White Bee Hoon, Food Odyssey developed their own version of White Bee Hoon by calling it Wet Bee Hoon. So how similar are the two? At first glance – they could be twins: both are white bee hoon (thin rice noodles) served in a gravy-based stock along with squid, prawns, green veg and eggs.

So obviously the Glutton family had to investigate. We visited both shops consecutively just to find out whether Sembawang White Bee Hoon is in danger of being dethroned by its neighbour over this seemingly simply dish.

(Besides the battle over the White or Wet Bee Hoon, both shops do serve Zi Char dishes as well. Food Odyssey specializes in Turtle and croc soup, but fortunately for the reptiles, the Glutton family is not too fond of them as dishes, so we gave them a miss.)

$7 got us a reasonable portion, at a dollar less than its neighbour’s.  White bee hoon is cooked in a painstaking, multi-step process: first by preparing the base stock, followed by dunking the bee hoon in the stock and simmering for a period of time, and during the simmering process, seafood eg. squid, prawn and other ingredients like vegetables and eggs are added. The end product is a steaming, gooey mass of bee hoon. 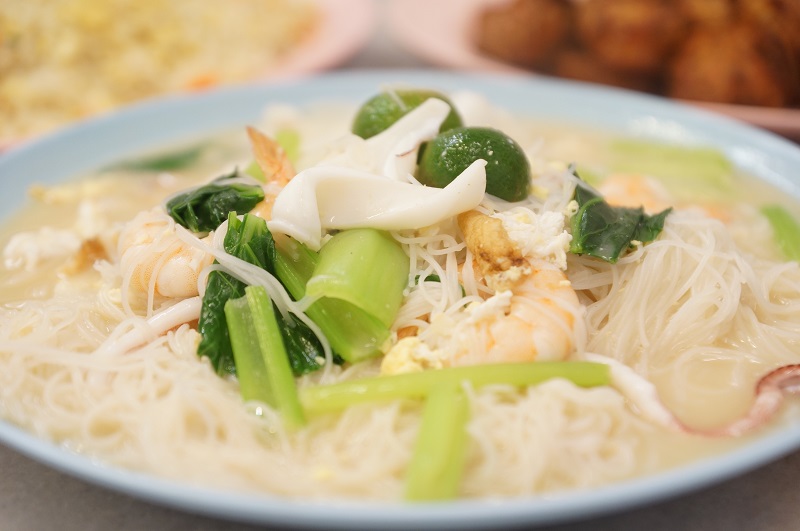 Overall, the base stock from the Wet Bee Hoon was average and the bee hoon could afford to be simmered a little longer to attain a softer texture. Seasoning from the gravy could also be further enhanced, as it seemed to be missing a certain richness of lard oil that could have perked up the flavor. 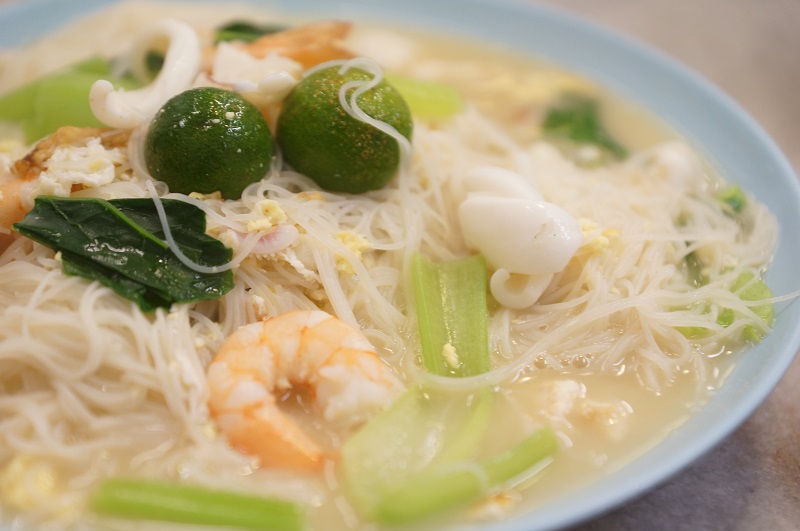 Being such big Ngoh Hiang fans, we couldn’t miss  sampling the Ngoh Hiang here. Traditional with a home-cooked earthy taste, the Ngoh Hiang was packed with good quality ingredients and was not filled with starch; this is a well seasoned and palatable dish that’s worth trying. 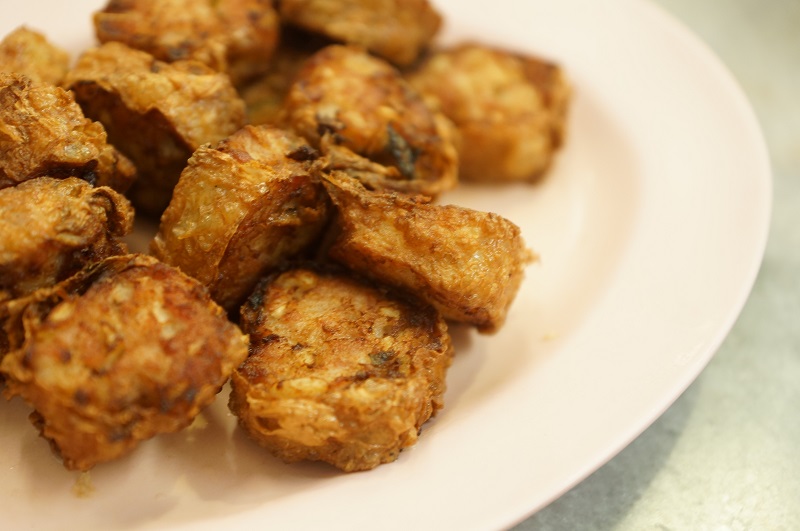 The fish head was meaty, with a slightly crispy exterior that was also tender and soft within. It was fried with a special sauce, black pepper and bitter gourd. We truly enjoyed the freshness of the fish and is another chef’s creation you shouldn’t miss. 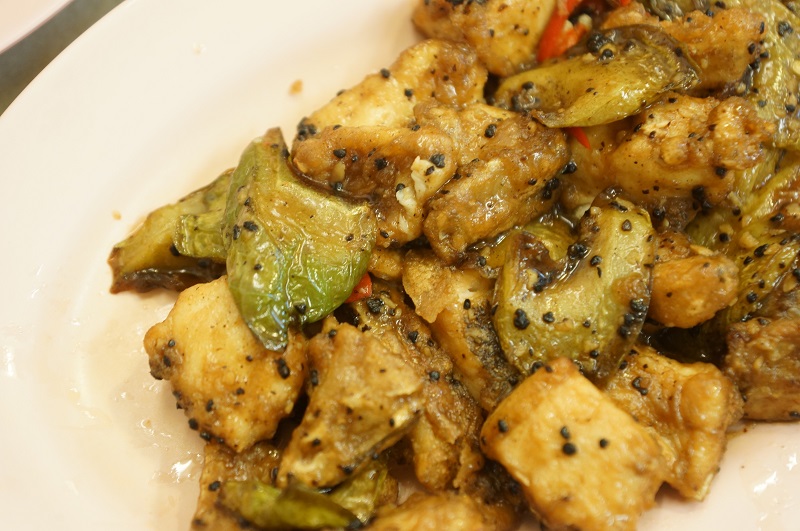 This serving was considered quite generous for the price we paid, the omelette was fried with preserved sweet radish (Chai Po), the eggs were fluffy and flavorful – it was gone in a split second, into the tummies of my two glutton kids who are big fans of eggs. 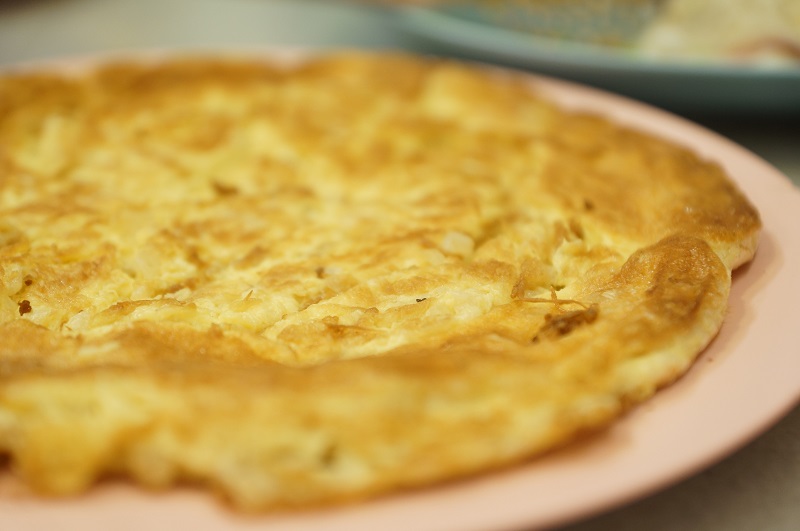 Chunks of chicken were cooked in a claypot that was marinated and seasoned well with sauces, ginger and onions, the shop claimed to use Kampong Chicken for the claypot and we can corroborate the claim, judging from the tenderness of the chicken meat. A well cooked and luscious claypot dish that satisfied our finicky taste buds. 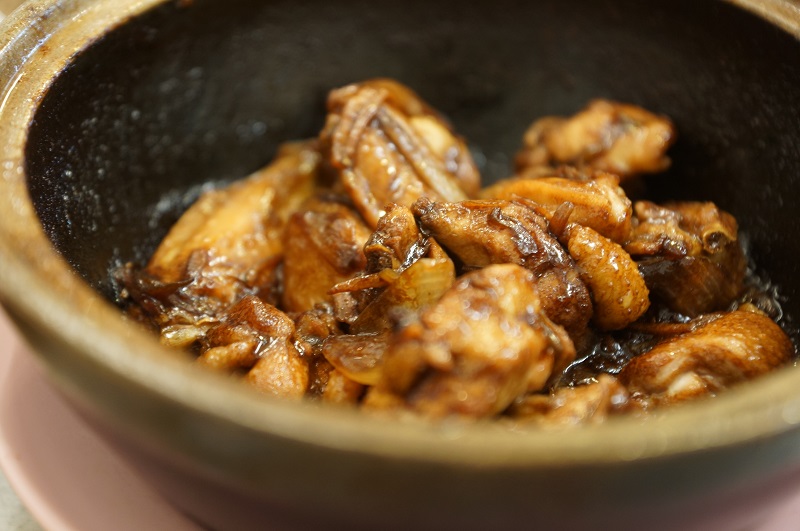 This stall seems to be not that particular about or attentive to their vegetable dishes, both the Fried French bean and Fried sweet potato leaf were ordinary and lacked finesse compared to other Zi Char stalls. 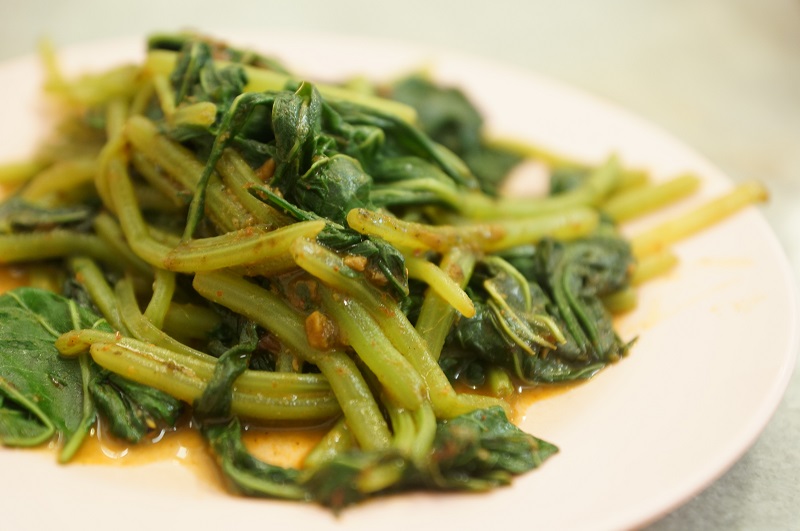 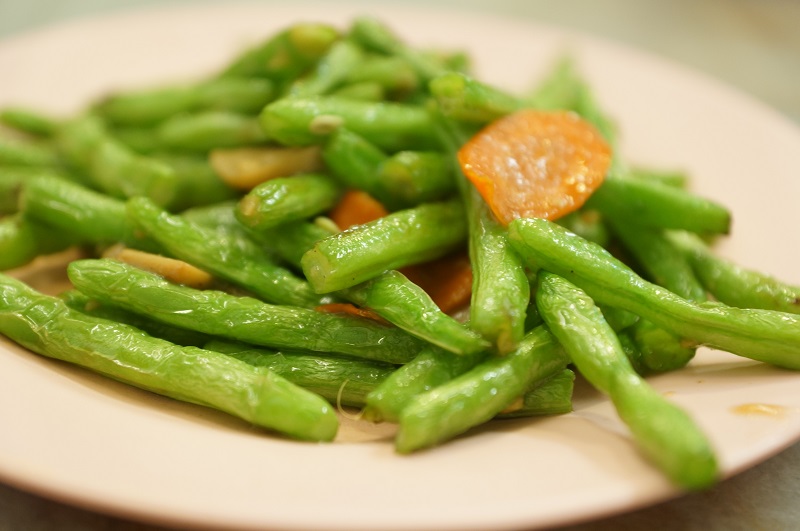 Missing char flavor and lacking in the all-important fried rice aroma, these are major drawbacks – we suggest that you give this dish a miss. 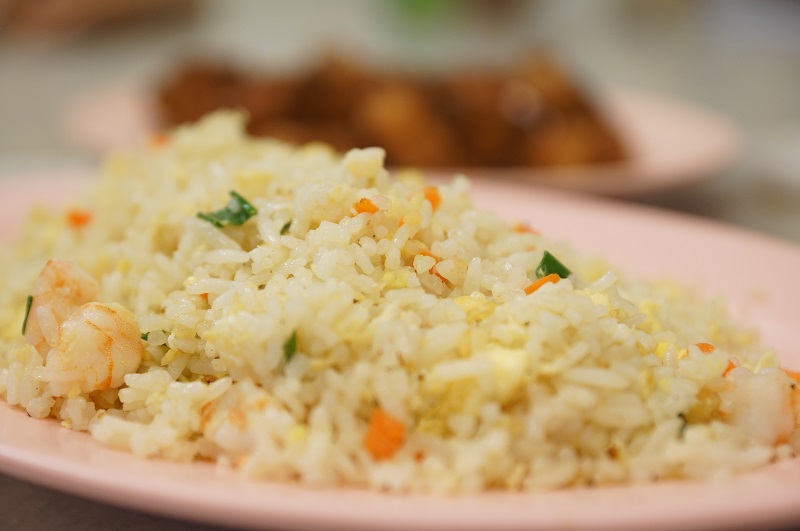 Overall, Food Odyssey‘s zi char was laudable with its delectable fried bitter gourd fish, claypot chicken and Ngoh Hiang, bright spots on our tasting mission. However, the quality of the Wet Bee Hoon was still lagging behind its neighbour Sembawang White Bee Hoon in both taste and texture. Just go for their Zi Char and you shouldn’t have too many regrets! 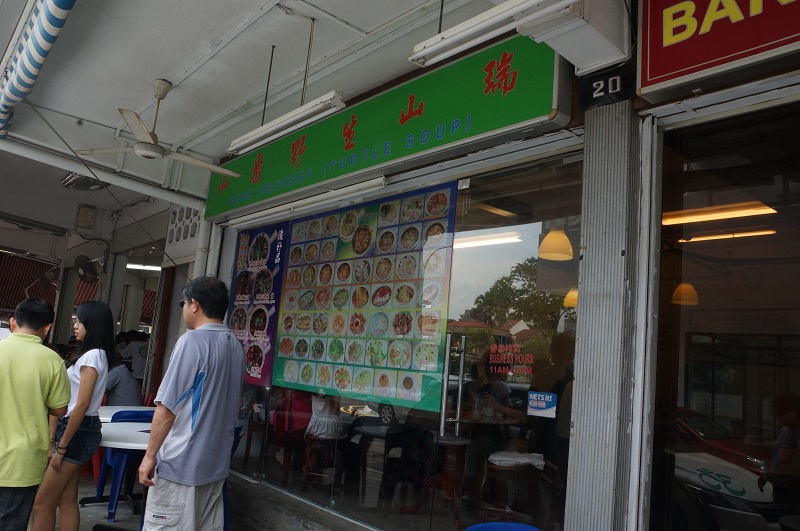