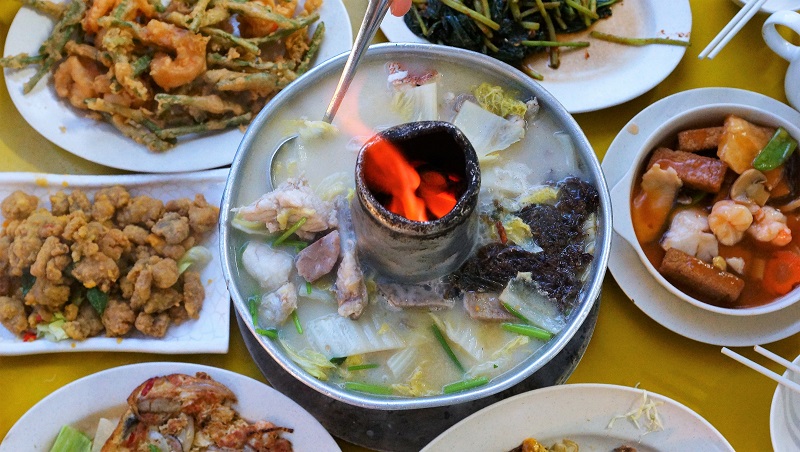 We are back at Eastern House of Seafood Delicacy, and this time round we are here to review their steamboat since this is one of their Chef’s signatures here.

The steamboat was served in the most traditional manner – aluminium chimney pot with burning charcoal. Eastern House of Seafood Delicacy offers only red grouper for the fish, so you don’t have too many choices. The steamboat came with cabbage, seaweed, yam and of course chunks of fish. Broth base was milky white from the collagen yielded from the dissolved gelatin. 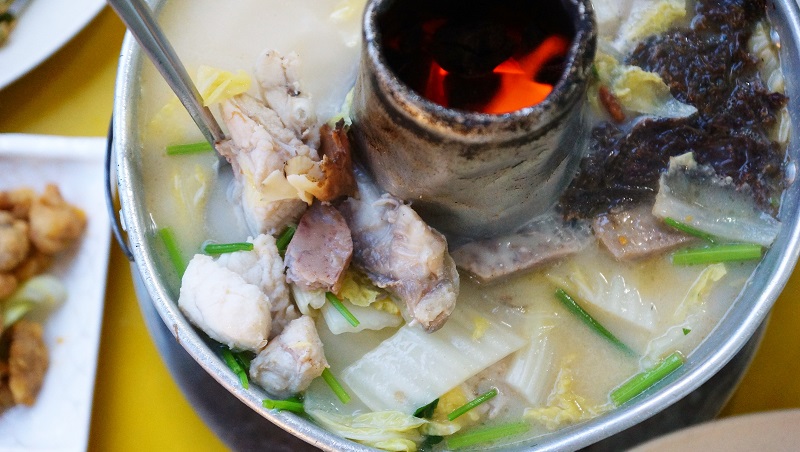 The red grouper was fresh and the portion was reasonably generous, the broth was alluding with a peculiar taste, and the refilling of broth had not altered the sweetness and savoury of the taste. Honestly, we dislike steamboats that use diluted broth for the refills, which may turn a pleasant start into a disastrous nightmare. Fortunately, three times of refills proved the consistency of the standards at Eastern House of Seafood Delicacy steamboat, a good experience and thumbs up for them. 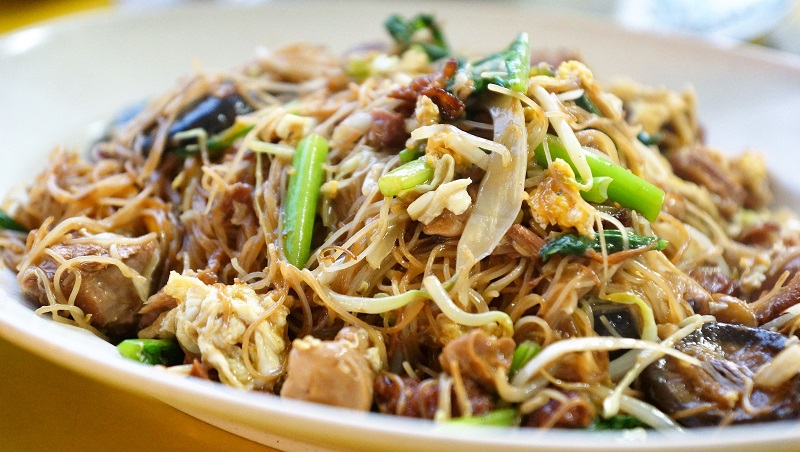 Besides the steamboat, Eastern House of Seafood Delicacy is popular for their zi char. They serve a pretty decent standard of pork trotters fried bee hoon, and this is always one of our favourites and must order dishes here. However, the taste was completely off this round – our favourite dish was bland and tasteless (or actually tasted bitter!). We called for the waitress to vent our disappointment but nothing was done, service standards obviously need to be improved. 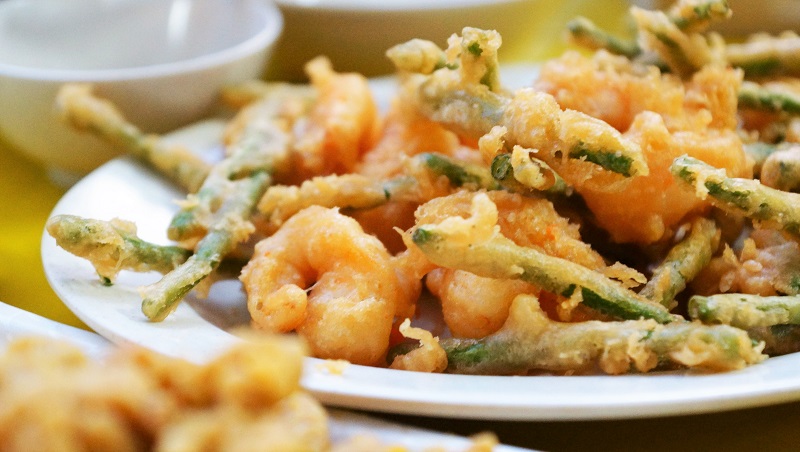 The tempura style long bean and prawns were masterfully cooked and hit the right note. Thin but fragrant crispy coating makes it hard to resist the temptation. A highly recommended one. 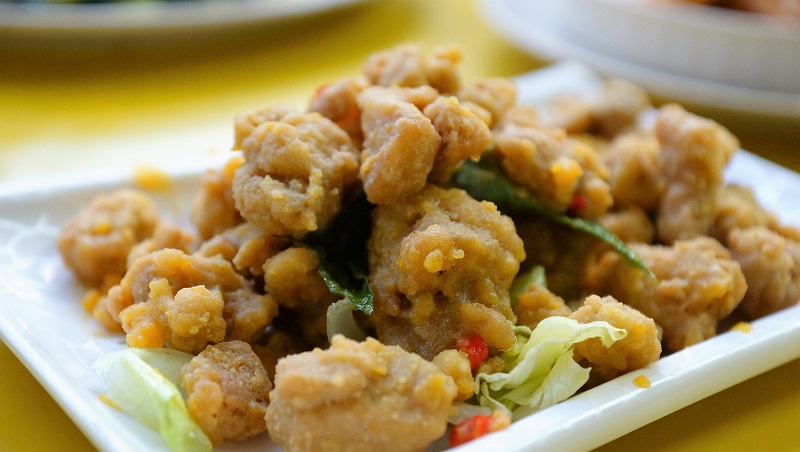 Falling into the same destiny as the rest, ordinary and run-of-the-mill chicken chunks fried with salted egg. 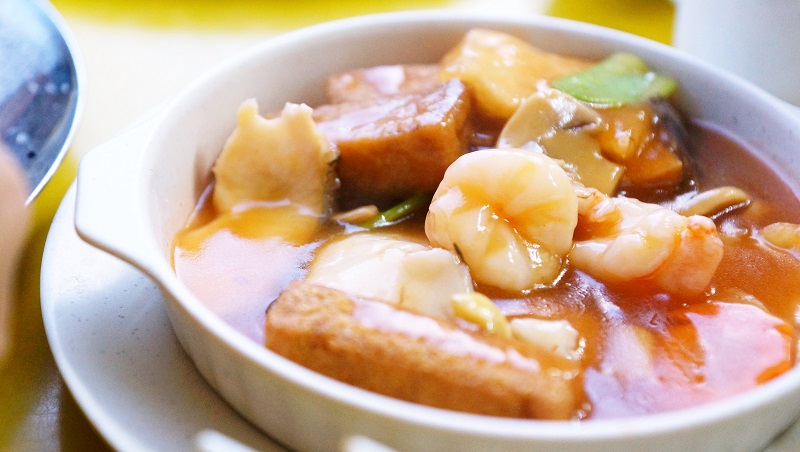 We are on the best steamboat hunt and Eastern House of Seafood Delicacy Steamboat will be under the stress test to compete with the rest steamboat stars. The limited choice of fish probably took some points away but luckily the freshness of the fresh and succulent broth made up the gaps.