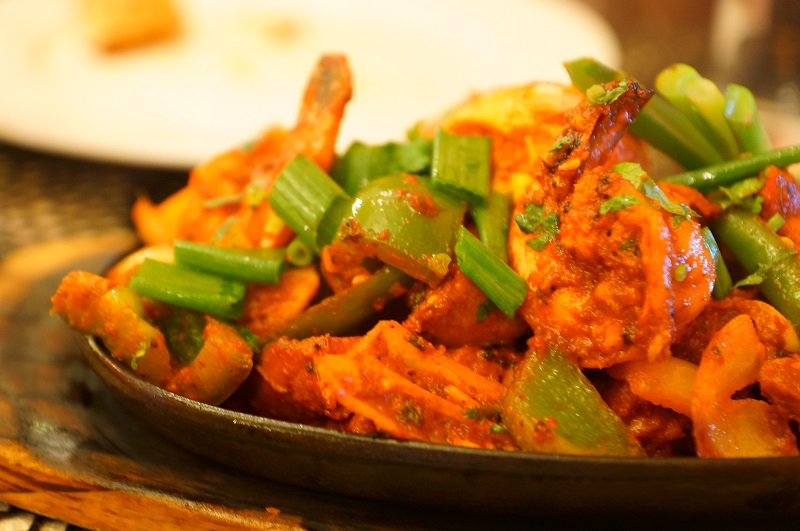 It’s not every day that you find a North Indian restaurant being run by Chinese proprietors. Founded in 1988, Delhi Restaurant used to serve South Indian cuisine, but in the face of strong competition, Diana and Clifford decided to change course and worked hard to bring it to where it is today. 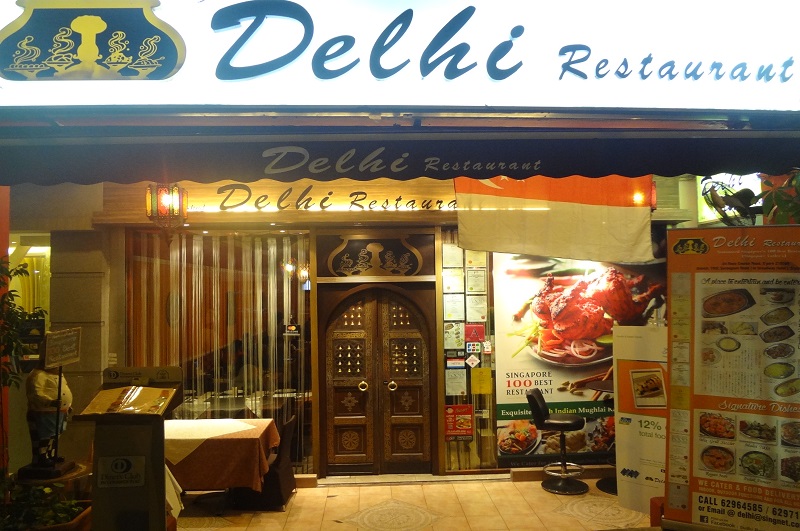 Delhi restaurant has been Nominated Singapore’s 100 Best Restaurants by Singapore Tatler numerous times. Located in Little India in Singapore, the ambience at Delhi restaurant puts us at ease immediately. 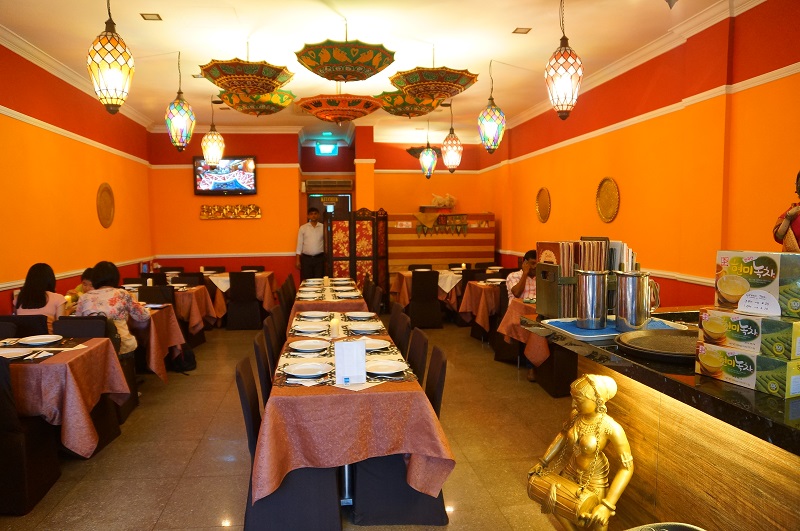 Starting with traditional crackers – pappadum, served with refreshing mint lime sauce and onion, they were a standout as compared to the cheap crackers we often get elsewhere; each piece was crispy and tasty. The mint lime sauce sure helped to give it an extra kick! As expected, it was wiped out in seconds by my little brother and I. 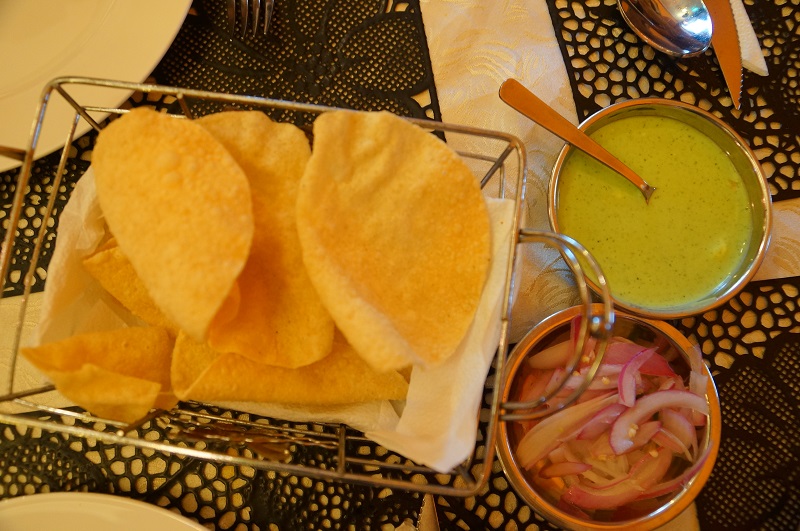 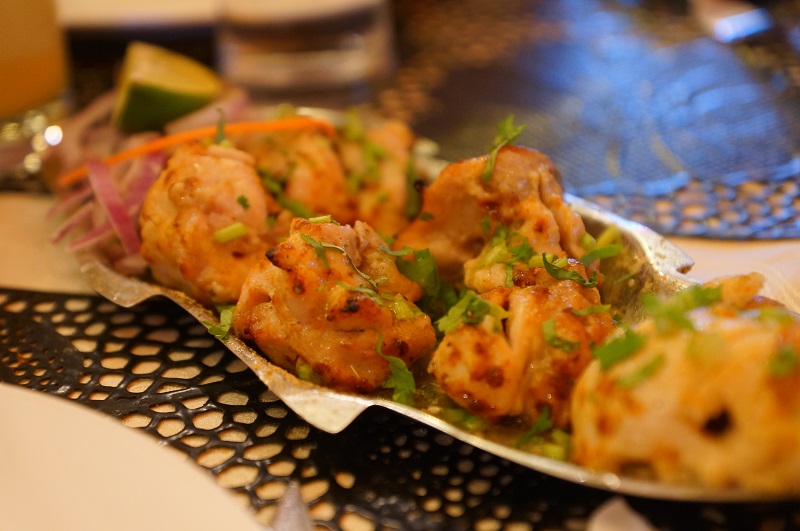 When served, whiskey was poured over the meat and set ablaze. Other than creating a real spectacle to behold, the whiskey on fire filled the entire restaurant with an aroma that was irresistible. There was an assortment of meats like chicken which was once again absolutely tender, prawns, egg, fish and mutton which was a little on the tough side. Seasoning wise, it was splendid!

Fried cauliflower covered with corn flour batter, we were taken aback as it sure didn’t look like the usual cauliflower we were used to. We were told that some of their customers thought it tasted like chicken! Tossed with some spicy dry sauce, we wiped this dish out easily. 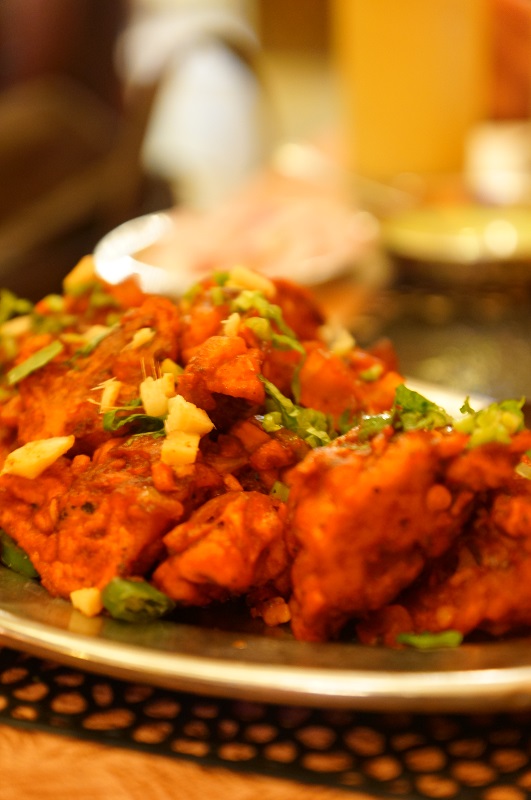 If you are feeling adventurous, you might want to give this a go. This is naan topped with cherries and dried fruits. With the sweetness of the fruit, it is better to eat it on its own than with any other sauces. Mum thought that the fruit didn’t go well with the savoury naan but my dad loves it like crazy, so it’s up to your own personal preference! 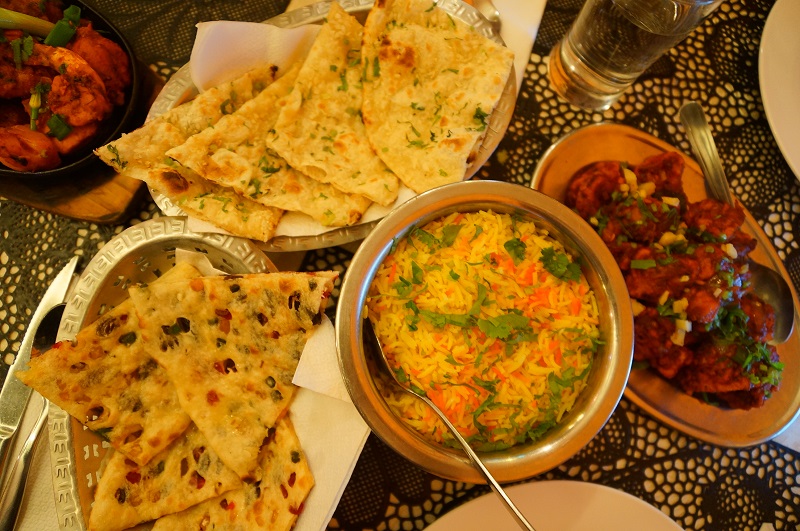 Naan with garlic fragrance, right texture and serves as a great accompaniment to the other sauces.

This dish was made up of tandoor roasted boneless chicken pieces in tomato fenugreek gravy, if we were to summarise the dish in three words it would be thick, creamy and aromatic. Chicken was tender as mentioned earlier. For those who don’t take spicy food, do not worry, this dish is for you! 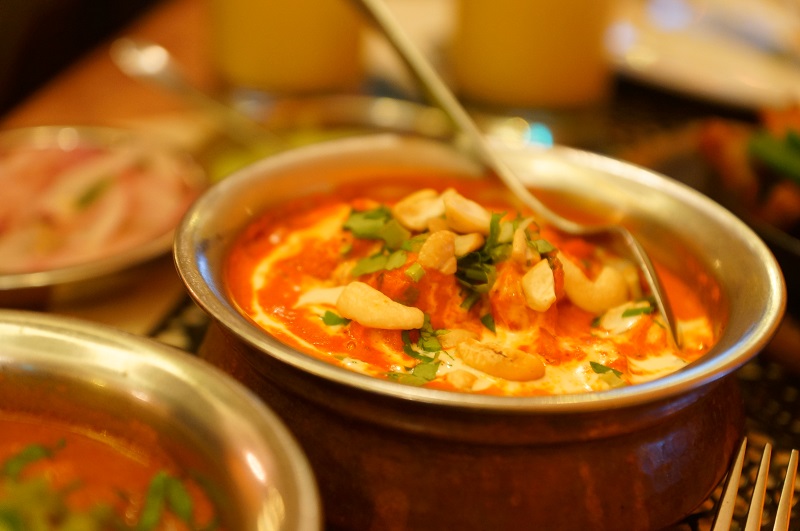 Lamb cooked with onion, tomato and whole spices, this dish lacked a little in consistency when it came to the texture of the mutton as some pieces were tender and some were not. On the whole, the flavour was quite robust and it went well with the Naan and Pulao Rice! 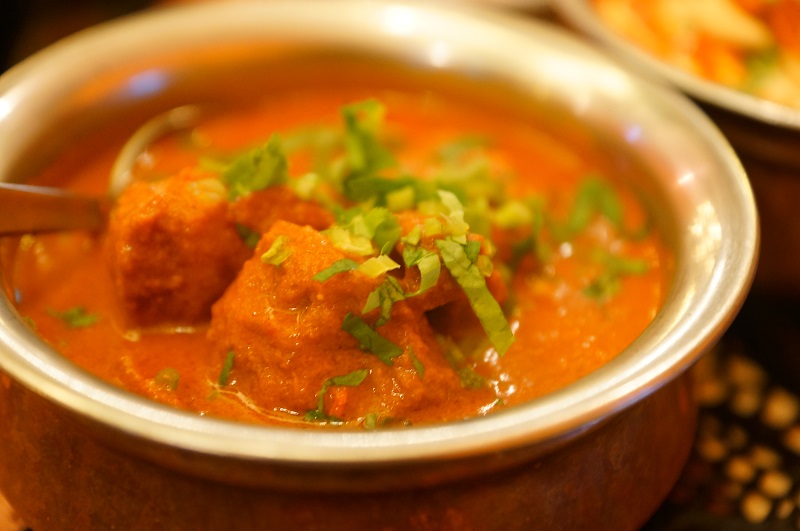 The basmati rice is grainy and of the right texture, while being moist at the same time – it went well with the other gravies ordered. 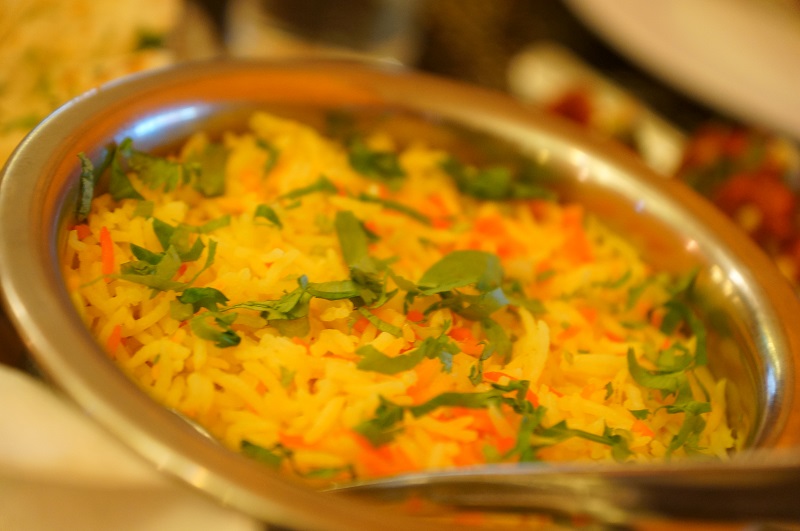 Made with fresh cottage cheese air flown from India, it is unlike the rubbery ones you get outside which is mostly frozen. The texture of the cheese blocks were just like tofu! The spinach tossed in garlic was something of a paste form and tasted pretty nice. 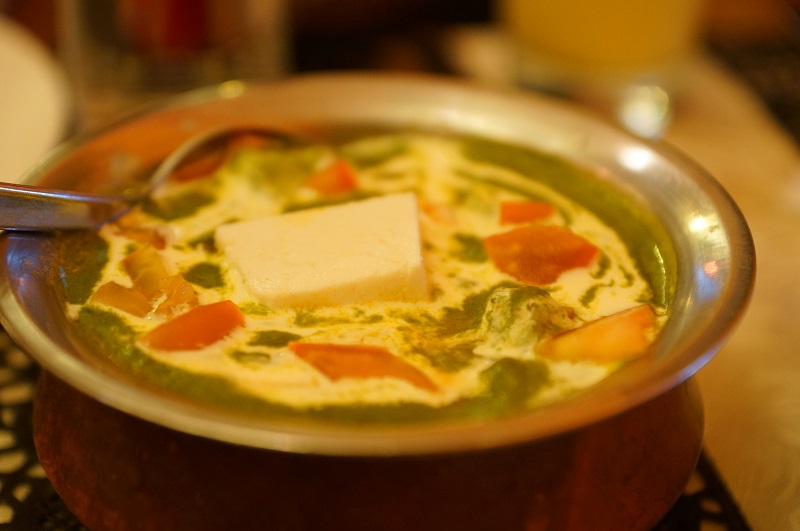 Obviously ordered by my little brother, this was unlike the creamy kind you’ll get in western restaurants, but tasty nevertheless with a dash of salt and pepper. 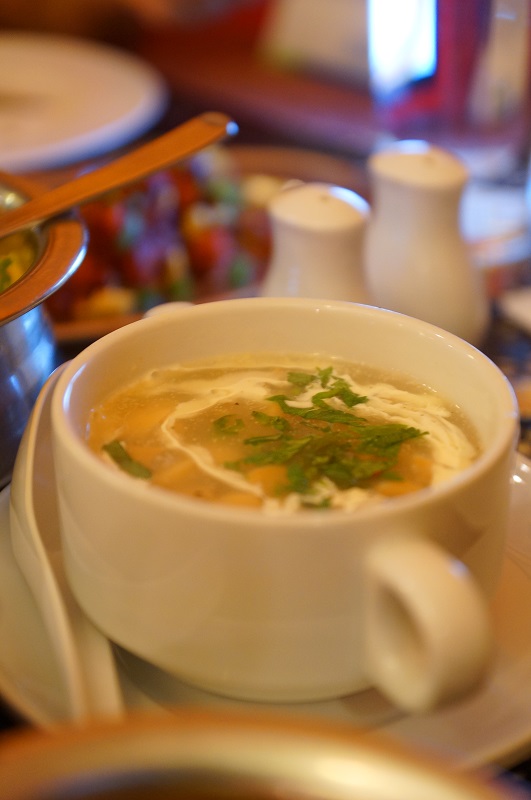 Made from yoghurt and mango, this sure was one appetising drink that was mildly sour to keep your appetite going! 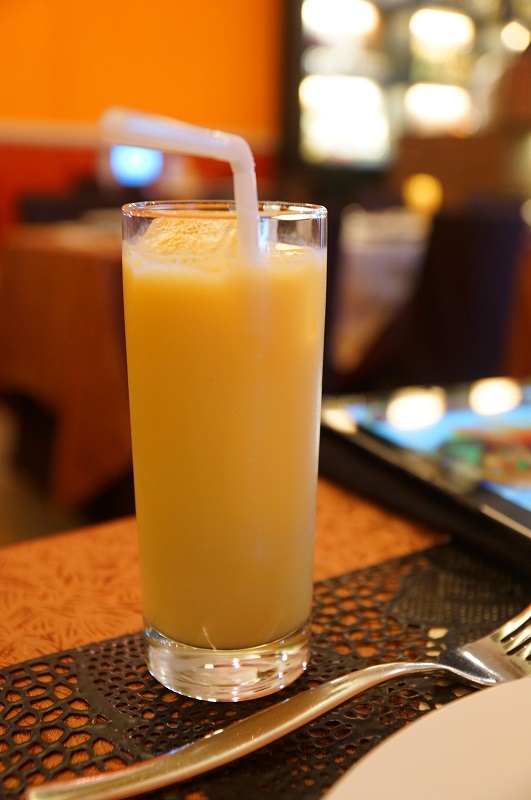 Our experience at Delhi Restaurant was nothing short of amazing; our only regret was that we didn’t have enough stomach space to try more of their dishes! We highly recommend trying out all their chicken dishes as all they never failed to wow us with its tenderness. Though Delhi restaurant is managed by Chinese couple Clifford and Diana, the crew behind the kitchen door is made up of authentic Indian chefs, lovely proof that cultural intermingling can produce really great food!

Spoken from a true Delhite, “If we love someone, we’ll fill & warm their stomach with our hearts & souls!”