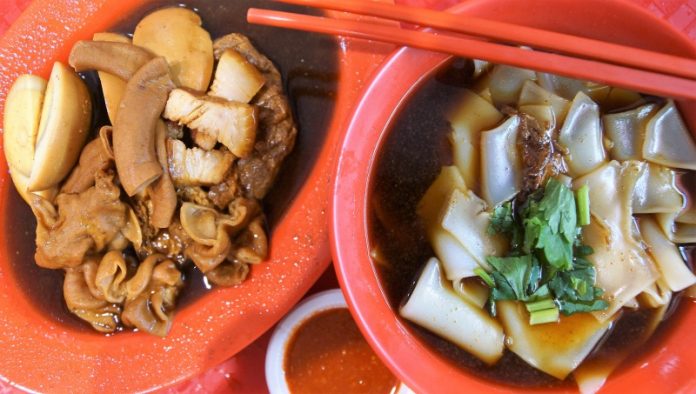 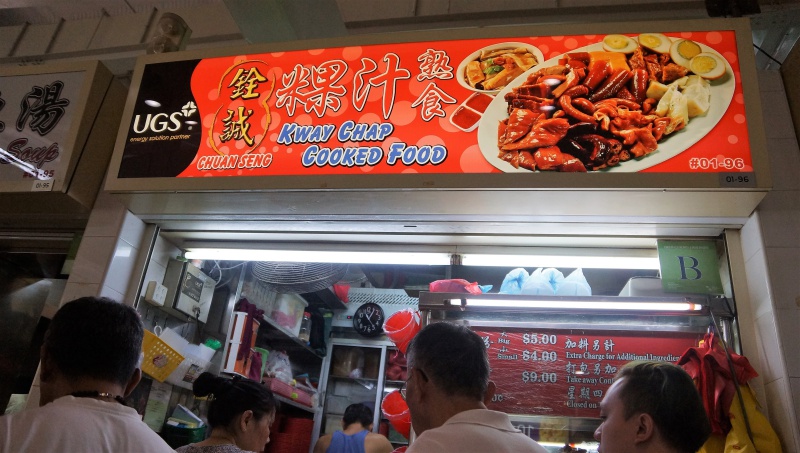 The flavour of the succulent braised pork knuckle and the top notch kway or flat noodles were still lingering in our tastebuds a week after eating at Heng Kee Kway Chap, when we bumped into another famous kway chap stall – Chuan Seng kway chap while exploring Albert Centre Market & Food Centre.

Chuan Seng kway chap is an award winning kway chap stall, with queues forming within minutes the moment the stall opens for business. 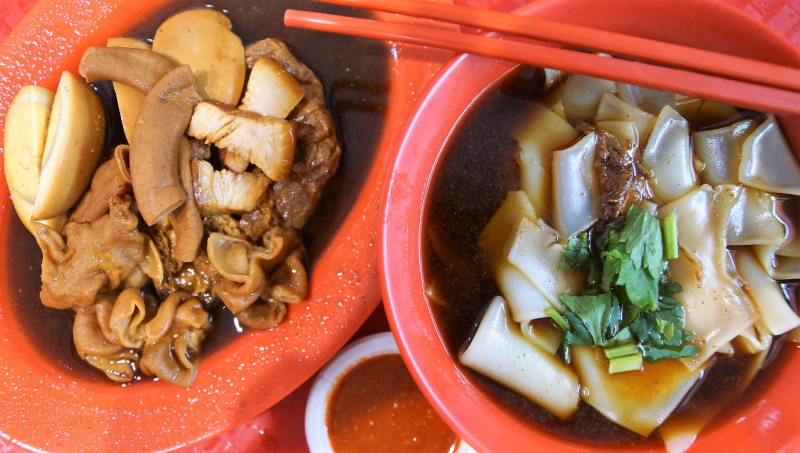 We ordered the standard ingredients that came with the innards, pork belly, tau pok, eggs and salted pickles. The intestines were properly cleaned and there was no awful odor detected. However, all the braised items were fairly ordinary, it could partly be attributed to the braised gravy that was not able produce the right flavour through the use of herbs and seasoning. 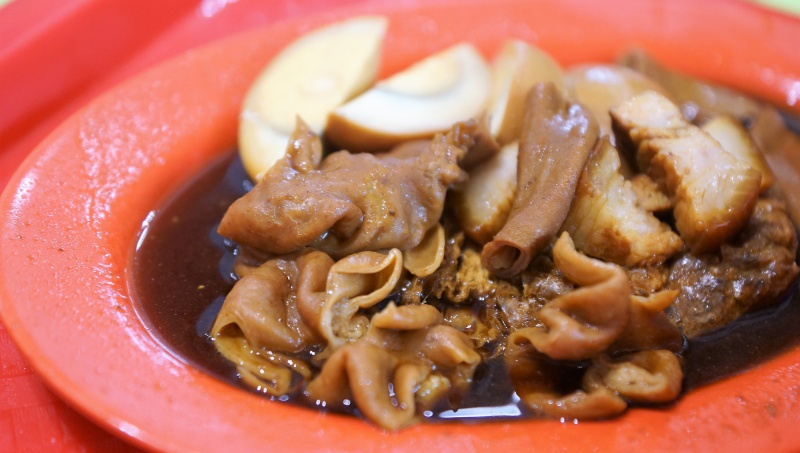 Besides the braised items, good kway chap should not neglect the quality of the bowl of flat noodle or kway as well, it should have the right thickness with a silk smooth-like texture. Unfortunately, Chuan Seng kway chap was not able to deliver the best, the kway was not smooth and fine enough compared to Heng Kee Kway Chap that we had tried just a week ago. 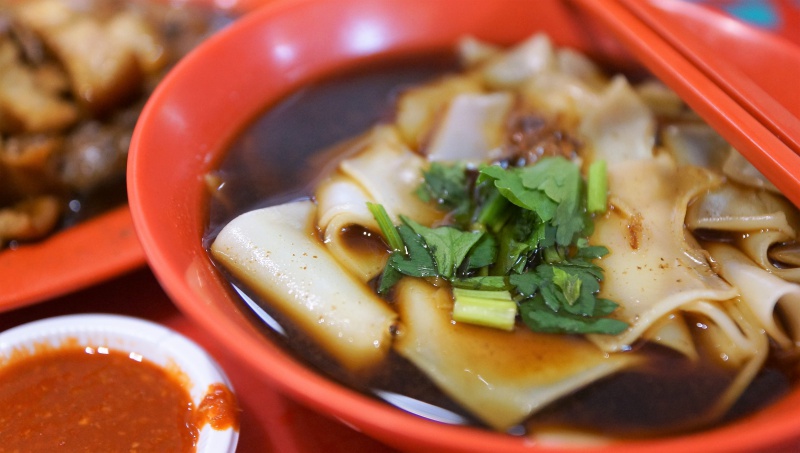 Fortunately, the Chili sauce was good with the right tanginess and spiciness.

Chuan Seng kway chap was somehow missing the right substance to warrant a return visit, the run-of-the-mill standards do have some room for improvement.