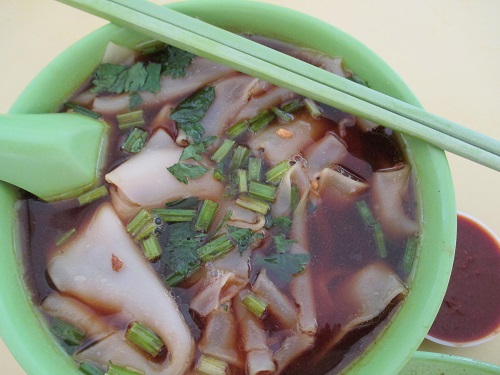 There was a queue waiting in front of the stall and newspaper articles written about the kway chap was prominently displayed at the stall as well. Chris Kway Chap has been operating in this food centre for a long time and has her loyal followers. After some assessments, we decided to give it a try. 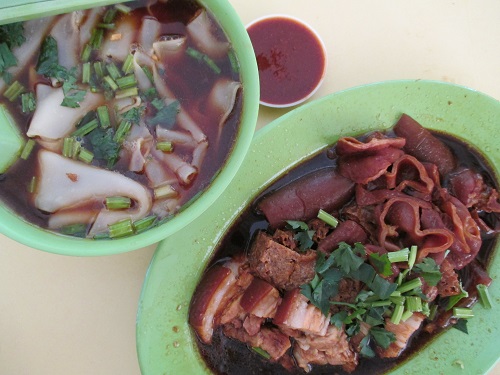 The Chris Kway Chap served a generous portion of kway, the gravy doused over the kway was much darker compared to Blanco court Garden Street Kway Chap. The kway was ordinary and the texture felt a little too dense and it lacked of smoothness and chewiness. The taste of the gravy sauce was rich but short of the much needed kway chap fragrance to accentuate the essence of the kway.

The plate of mixture consisted of the tau pok, pig skin, innards, pork etc. The tau pok was obviously stewed for a long time as it absorbed the gravy thoroughly. The intestines were properly cleaned and without stench, however, the texture was just too tough and difficult to chew, I was munching for a long time trying to break down a piece of the big intestine but in the end I had to force it down the throat. Not a surprise we left the balance of intestine untouched in the plate. 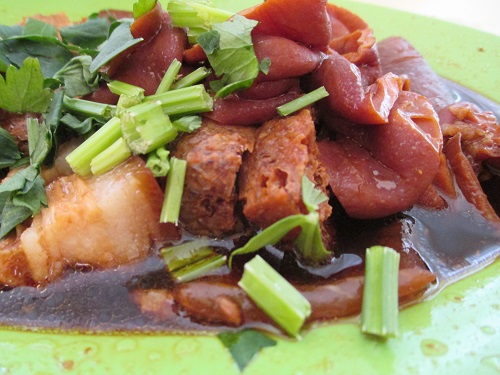 Overall, the kway chap was just ordinary and nothing impressive for us to highlight, the lacking of the fragrance in the sauce gravy is the major setback in our opinion. 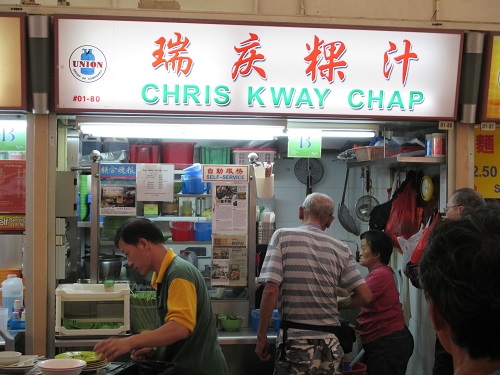