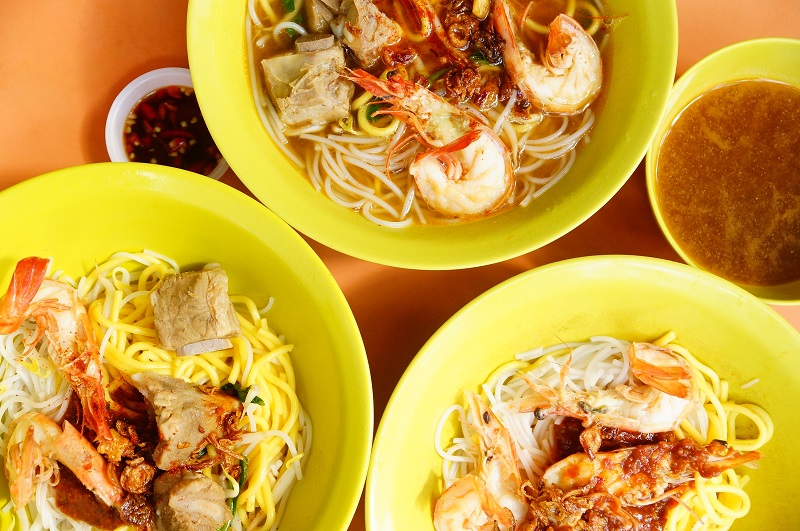 “We will be going to Blanco Court Prawn Mee for our breakfast.” We told our two glutton’s teens. “WHAT? Again? prawn mee? Ooh…NO” My two glutton kids vigorously protested the plan.

“Are you going to make us eating prawn mee for the rest of our life?” QiQi said it angrily

“You are going to make us take in all the sodium and cholesterol.” Yusen fully concurred what his sister point.

Not easy to be a food blogger. Sign…..this is the number 9 prawn mee stall that we had tried in the last few weeks, understandable the phobia of eating prawn mee, but we have a mission to explore the best prawn mee in Singapore and got to keep eating prawn mee till we accomplish our mission. So, let’s keep going! 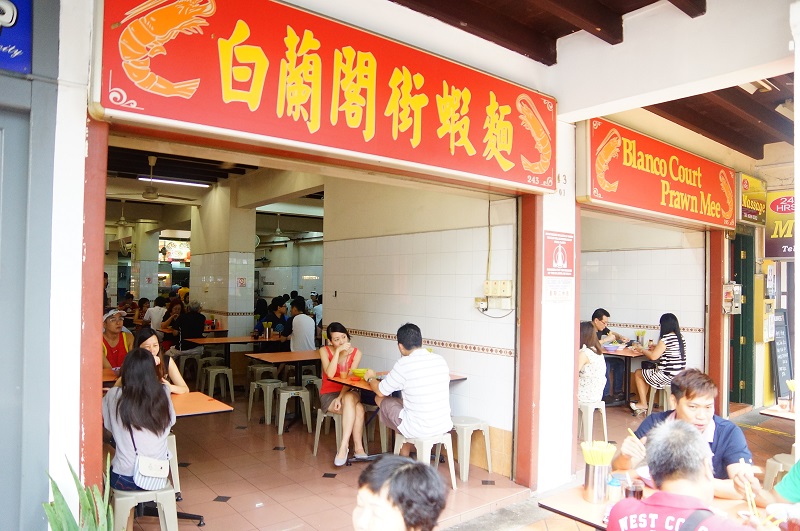 Blanco Court Prawn Mee occupies one of the shop houses along Beach Road, we were there early in the Sunday morning and the city area was much a dead town in the weekend morning.  When we reached there, most of the shops still have it doors shut but the crowd already occupied half of the shop, looks like there is always a pool of prawn mee die-hard fans.

We ordered the dry and soup version.

The dry version served with bean sprout, vegetable, lard and few shrimp, the sauce was not too spicy and right at the note, the taste may not as good as Da Tou Xia Prawn Mee with lacking or insufficient dry shrimp (hia bee) to perk up the taste, it may not too refine but still comforting to the taste buds. 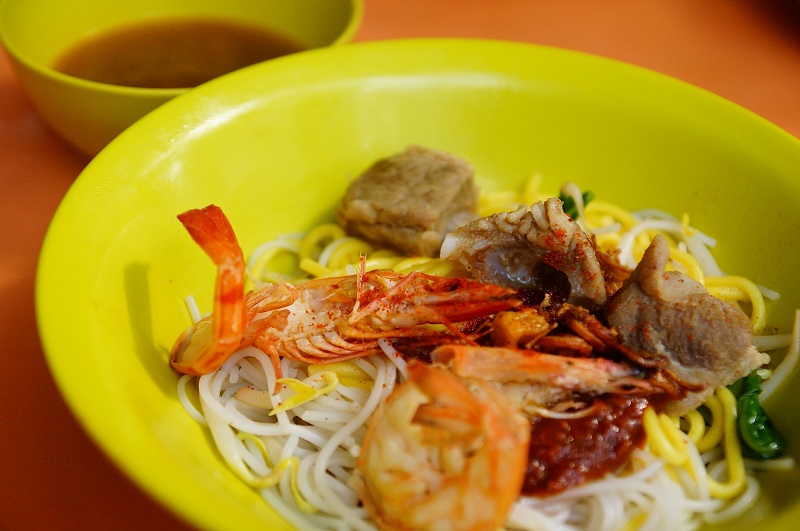 The prawns were reasonably springy and sweet, gave the noodles a good complement. There is a close resemble of Jalan Sultan Prawn Mee to Blanco Court Prawn Mee, understand both the shop owners are related and that explained the similarity in the taste. 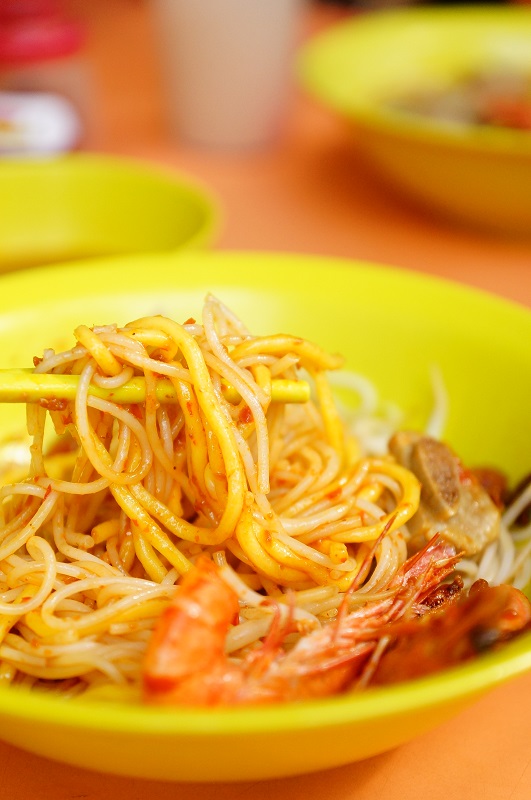 The soup version came with pork rib which was a little tough, prawns were similar to the dry version and nothing to complaint about. It was the broth that we are more particular,  since we were there in the morning and the broth was fairly fresh with not much of the additional seafood flavouring added through the subsequent cooking process of the prawns. 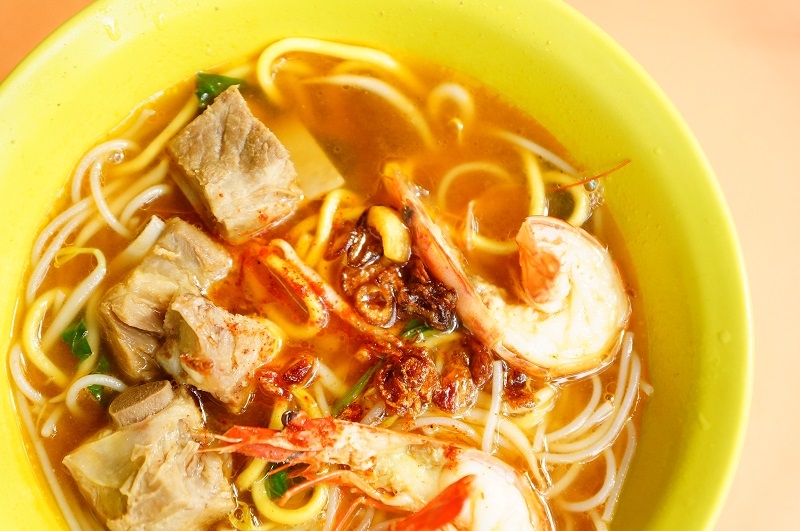 However, the broth quality was not anyway compromised, the sweetness and freshness from the seafood and pork bone were completely defused into the broth, in fact, we prefer the fresh broth here that was just right in sweetness and taste when compared to the broth served at the end of the day, which was way too fishy and salty as we experienced at Jalan Sultan Prawn Mee. 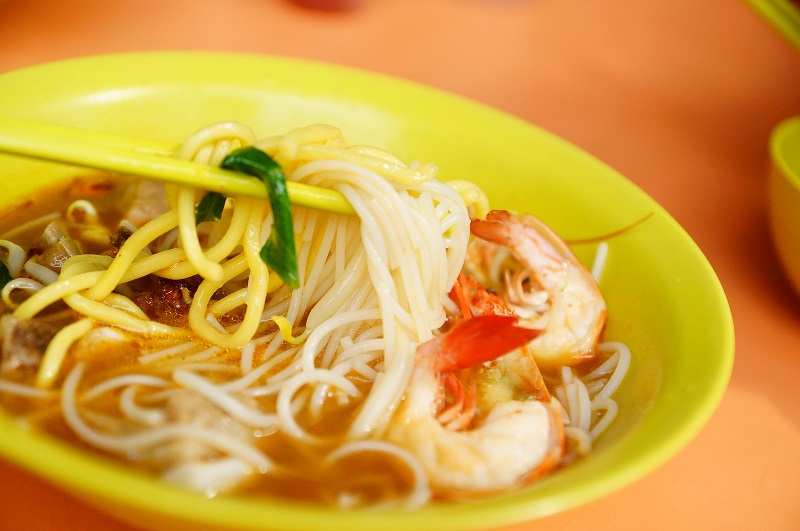 Our verdict, Blanco Court Prawn Mee has rich luscious broth redolent with the seafood freshness and sweetness. The dry version is good but the base sauce could be more robust. We still prefer the sauce from Da Tou Xia Prawn Mee (not in business now) and Beach Road Prawn mee, both have more delicate and exquisite flavour.
Blanco Court Prawn Mee 白兰阁街大虾面

Hrs: Open Wednesdays to Mondays 7.30am to 4pm, Closed Tuesdays