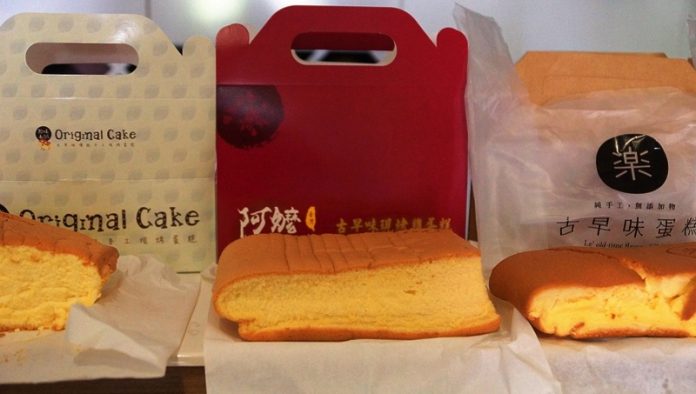 The famous Taiwan Tamsui Old Street Castella cake or egg sponge cake has finally found its way into Singapore. Not one or two brands but three popular brands battling for a slice of the eggy cake business, so which is the best castella cake that you should go for?

While foreign imported castella cake is taking the helm and dominating the market, we have not neglected some of the local players that may worth exploring. 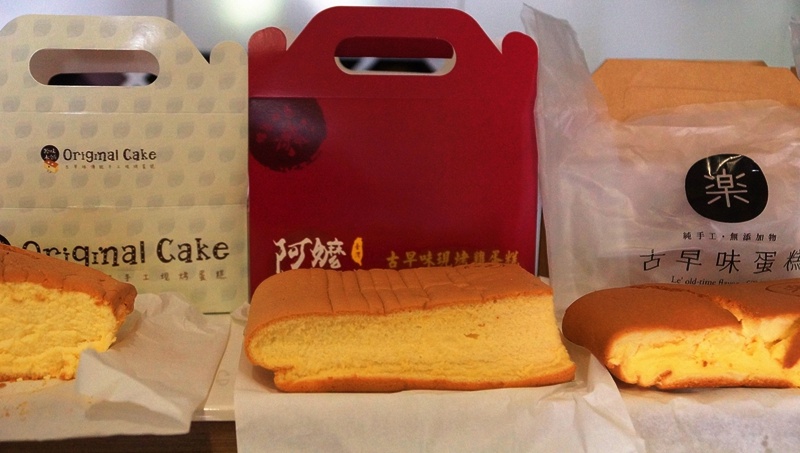 We tried total of five brands including two from local bakery establishments.

The five brands are (in no particular order):

The plain version from Ah Mah was light and fluffy with a less refined texture, it was not as moist as Le’ old-time flavor of Taiwan or Original Cake. It was also the sweetest out of the five choices – too sweet to our liking. The aroma of the eggy flavour is the soul of a good castella but Ah Mah seems to be the mildest, probably because it was masked by the sugary sweet taste.

The slices of cheddar cheese melted unevenly within the crumb,  however, it has a saltiness that gives the cake a more distinctive savoury flavour. Unfortunately, the poor layering of the cheddar cheese made the overall flavour less pleasant with some portion of the cake having little or completely missing the cheesy flavour.

The plain version from Le’ old-time flavor of Taiwan is the most dense, moist cake. A heavier variant, it may be too heavy as the cake was not able to rise to the right height. The result is the shortest cake in the selection. You can observe the uneven texture between the top half (fluffy) and bottom half (dense) from the photo. Obviously, the cake was suffering from the typical “sunken cake syndrome”.

The nice eggy aroma was rather pronounced and not overly sweet compared to Ah Mah.

The less salty and hence cheese flavour was not as distinctive as Ah Mah. However, the cheese was slightly more evenly distributed in the cake and the overall taste was less subtle to provide a balanced and refined cheesy taste needed for a good cheese castella cake.

Original Cake produced the jiggly cake with the best craftsmanship. The cake was, fine, moist with dense texture. It was not too sweet and resulted in a subtle yet beautiful eggy flavour that was simply lovely. It has the thickest layer amongst all the cakes as well.

Two layers of cheese were well distributed in between the thick slab of wobbly cake. It gives you a nice and balanced cheesy flavour in every bite, not too cheesy or salty.

Among all the brands, Original Cake stands out with the best cheese flavour from all aspects, be it the flavour, texture or presentation. This is our Best pick for the Cheese version.

We came across this stall during a visit to Old Airport Food Centre and it was obvious that most of the customers were after their freshly baked castella cake. Since we were researching the best castella in Singapore, we decided to give it a try.

The size of the castella cake is smaller than all other competitors; however, the price is proportionally cheaper as well.

We didn’t have particularly high expectations from this little known stall in a food centre, however, the first bite  was eye-opening! Wow…wow… the feather-like fluffy texture was incredibly good, perfect sweetness and eggy flavour in combination was simply spectacular. It sent us on a trip down memory lane. The truly old-time flavour and nostalgic taste are second to none, the standard of this home-grown castella cake is definitely capable of challenging any of the best foreign castella brands here.

A hidden gem just unearthed! This is our Best Pick for the Plain version

While the plain flavour castella cake was well-loved by all us, the cheese version was less impressive. The flavour was too mild to allow the taste buds to fully appreciate the streaks of savoury cheese.

BreadTalk offering a unique version of castella. It does not have a plain flavour but there is a salted egg version instead. Mashed salted eggs are layered in between the cake, but the texture and overall flavour were unremarkably ordinary. 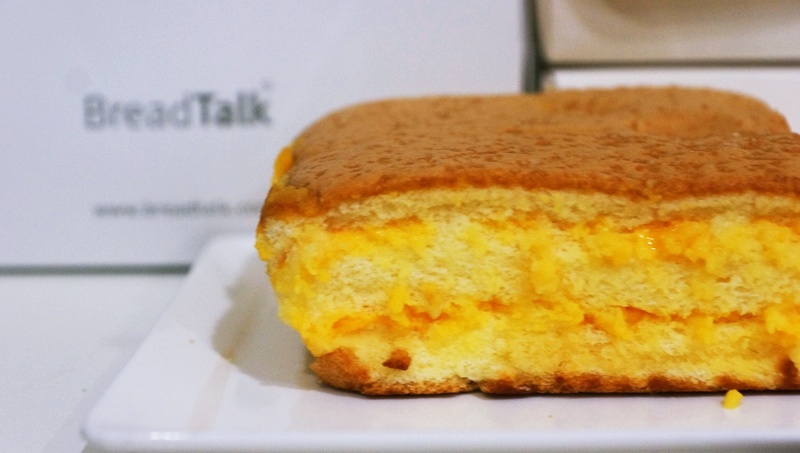