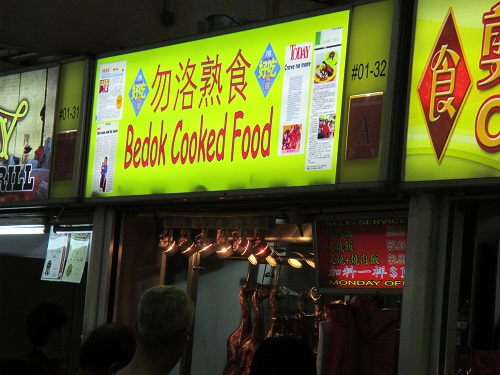 It was not a pleasant experience when we visited the Kovan Market and Food Centre during the lunch peak hour. First of all, it was one of the most crowded food centres we came across, we had to go around the food centre few rounds and waited a long time for a table, secondly,  exceptionally long queues were seem at all the famous stalls or good food stalls that will keep you waiting for a long time. 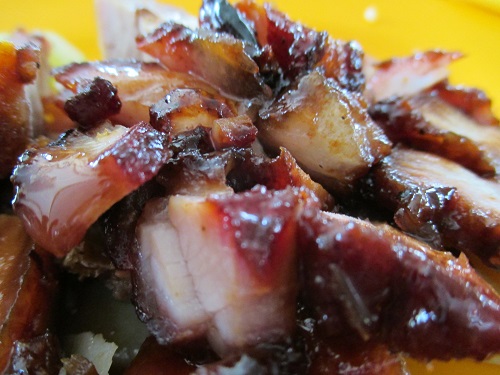 Bedok Cooked Food was one of the stalls with the longest queue, selling roast duck, roast pork and char siew, the stall featured in lots of media and received lots of awards from the food review.  Actually, what attracted us in the first place besides the long queue was the appealing roasted duck, meat and char siew displaying at the stall, we especially tempted by the beautifully roasted duck that have sheen like a shinning gold with layer of glittering oil exteriorly, the char siew was equally attractive roasted to a nice scarlet with the right level of char on it. 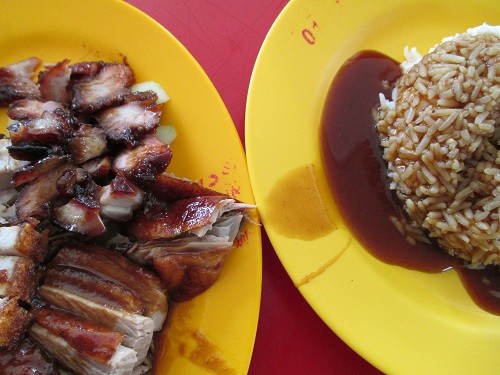 We ordered all the three types of meat on display, the roast duck, roast pork and the char siew as all appeared too alluring and cannot be missed. The portion was not too generous but we were more concerned the quality than quantity. All the three types of meats were quite delicious, we especially like the roast pork, the pork was perfectly roasted to the right tenderness, succulent and mouth watering, a good roast pork should have a crisp skin, beneath not too thick a layer of juicy fat and the delectable lean meat that full of flavour and Bedok Cooked Food fulfilled our expectation. 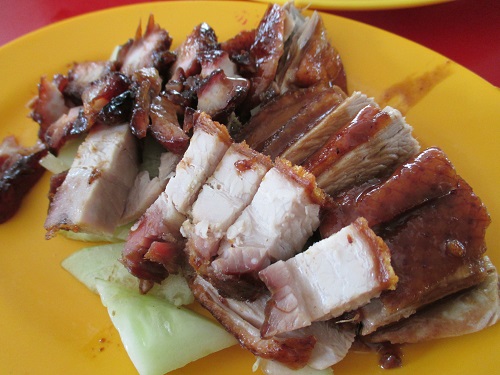 The Char Siew was charred to the right finishing and the appearance was good enough to make you salivating, the taste of char siew was equally appetizing and savoury that only be possible from someone with great culinary skills.

The roast duck was tendered and tasty as well. However, the only qualm we were not too satisfied went to the gravy doused over the rice, the gravy simply lack of the character and didn’t blend well with the rice and quite a disappointment. Overall, the roasted stuff from Bedok Cooked Food is impressive and worth the queue.