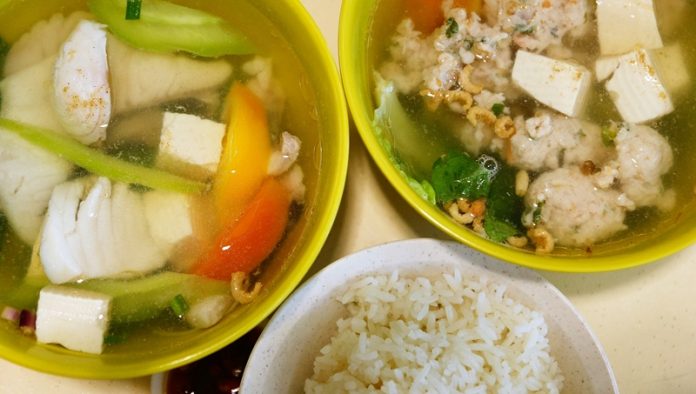 Bedok Ah Koon Fish Soup occupies two adjacent units selling fish soup and zi char. The consistent stream of customers seems to imply something attractive about the stall. Most of them apparently went after the fish soup and meat ball soup, so we decided to check it out. 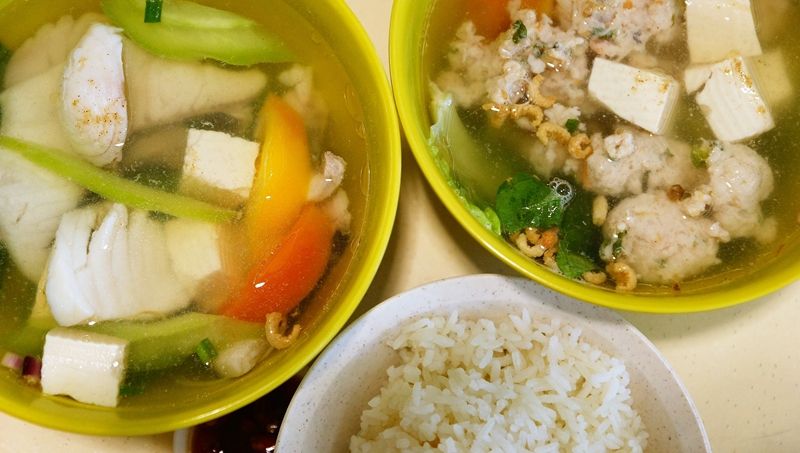 Bedok Ah Koon Fish Soup uses the more expensive Batang fish rather than the cheaper snakehead for the fish slices. 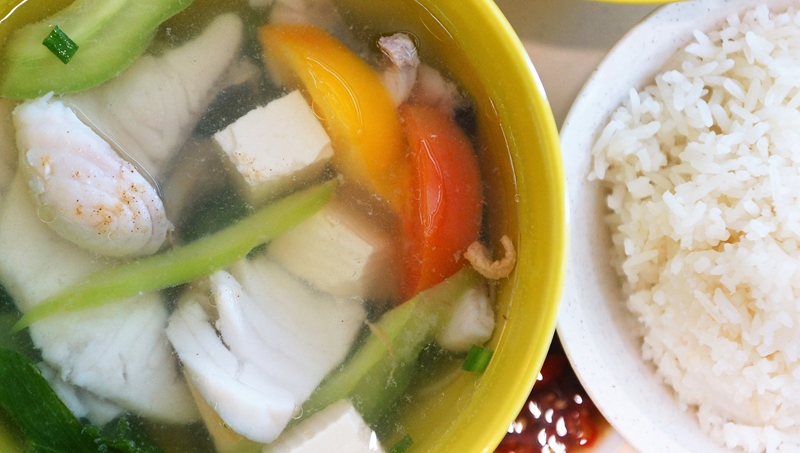 The portion of fish was generous, each slice of fish was thick, almost double to triple the thickness compared to other fish soup stalls. The fish was fresh with the sweetness of the broth tasted in every sip. Definitely one of the better fish soups we have tried so far.

Bedok Ah Koon Fish Soup may be specialised in fish dishes and we have to agree they serve fairly good fish soup, however, the meat ball soup was equally phenomenal and surprisingly impressive compared to the fish soup. 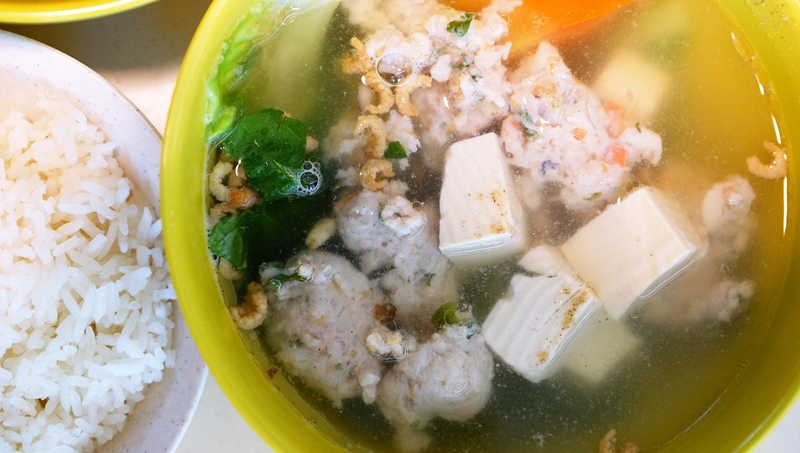 The meat balls were a mixture of minced pork, fish meat, carrots, Chinese celery, water chestnut and spices. Each meat ball was packed with salivating flavour with a nice texture and the soup was infused with the additional sweetness from the meat. A highly recommended dish to order.

Bedok Ah Koon Fish Soup has impressed us with both their fish soup and meat ball soup. This is another hidden gem in a HDB estate that warrants the support. In fact, we are contemplating to list them as one of the good hawker foods for 2017.