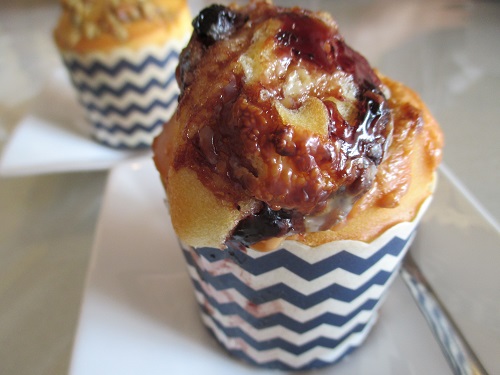 When I first stepped into Beccarino Cakes and Pastries @ Changi Village, I was blown away (literally) by how cold the café was. Unlike its neighbouring café Crepes and Puffs which we visited a couple of weeks back that was relatively warm, Beccarino has glass doors that help keep the cool air in; which I liked, considering how hot and humid Singapore is. The moment I set foot into the store, I can’t help but smile because the ambience was just perfect. Soothing Jazz music playing in the background, cool temperature, we were the only ones in the café other than this other family.

What caught my eye was the display of muffins near the counter. There was quite a variety, however since we were relatively full from lunch, we only chose the blueberry cheese muffin, and the walnut muffin. We also got ourselves a chocolate brownie, durian cream puffs and a curry puff! All of which the lady at the counter gladly offered to heat up for us. (Did I mention that the café has got impeccable service? The lady at the counter was so friendly and such a joy to interact with, she also gave us complimentary cookies for us to try! THREE CHEERS FOR FREE FOOD) 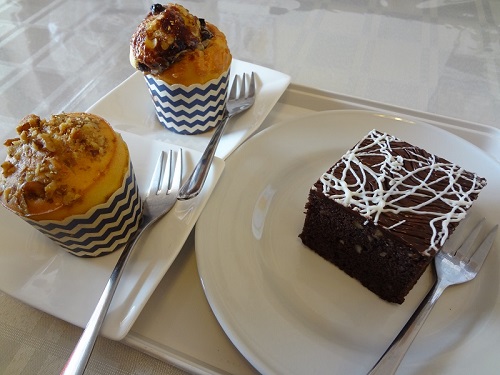 When the muffins and brownie arrived, they looked so picture perfect sitting on the tray, I was initially reluctant to take a bite! Sad to say, the standard of the food did not manage to match up to the standard of their service and how good it looked. 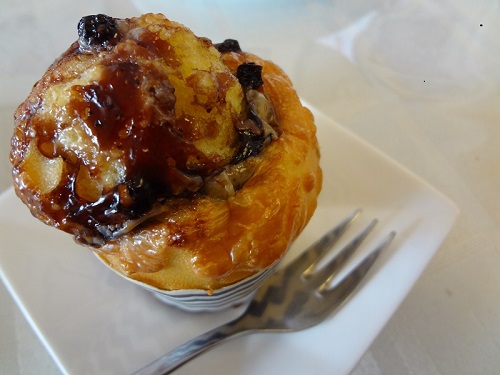 In our opinion, the brownie wasn’t exactly a brownie. It was more like an ordinary chocolate cake from the texture and taste aspect. It might have actually been a reasonably tasting piece of cake if they called the brownie “chocolate cake” instead. The “brownie” was not rich and dense like a normal brownie should be; it was slightly on the dry side. If to go with a good brownie standard, it was disappointing considering how Beccarino have received quite a fair share of awards and got featured on the medias for a couple of times. 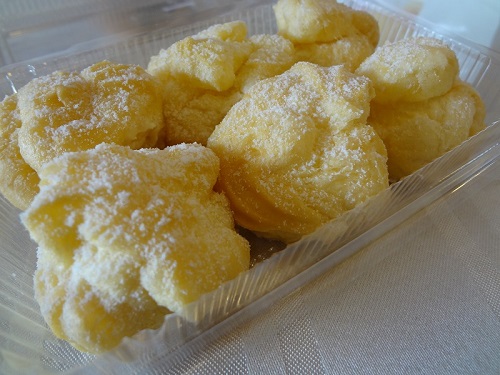 For the durian puff, I didn’t taste it because if you read my recent review on Milk and Honey Gelato, you would know how much I HATE durians and can’t stand the smell of it. My parents commented that the cream was not fragrant enough, like there was too much cream and lesser durian used and the puff was a little too dry and lack of the softness. (I am starting to realise that everything they served is on the dry side)

Now to the main highlight of the afternoon, Curry Puff! When the curry puff was brought to the table, you could just smell the fragrance of the curry puff; it is the kind of smell that makes your stomach rumble. Finally, I thought to myself, something good! The filling of the curry puff was delicious, it contained chicken bits, potato, and egg (not the cheapo kind whereby they only have potato in them). It was very mildly spicy, so kids should not have a trouble eating it. Tasty filling accompanied with crispy skin on the outside, it leaves you wanting for more! 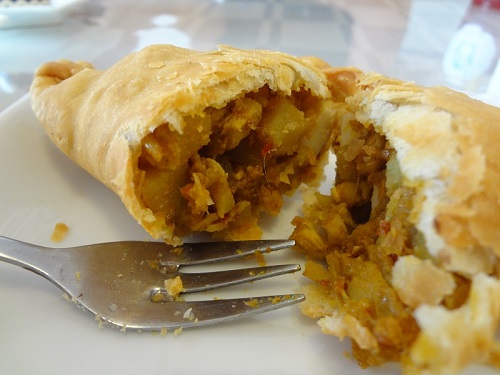 As for the complimentary cookies, they were pretty tasty, however I thought the cookies had slightly too much butter in them, it was a little too salty. As you can see from the picture, the cookies were mostly charred, other than the oatmeal cookie. 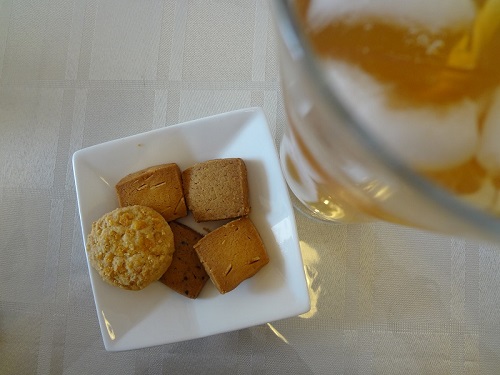 Beccarino Cakes and Pastries would be a nice place to hang out at and chill at, especially on a lazy afternoon after lunch hour when it’s quiet! Great service that warms your heart and even greater curry puffs that warms your tummy. 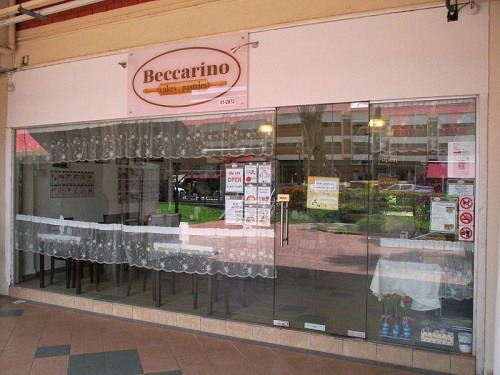