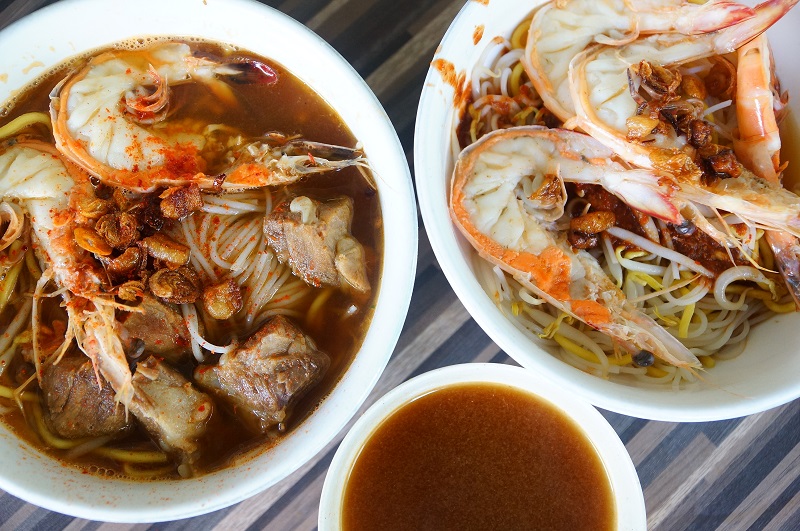 It was the weekend lunch hour: the road in front of Beach Road Prawn Mee shop along East Coast Road was bustling with traffic, both human and vehicular. Occupying two adjacent shops and a large side alley covered with an extended roof to pack in another twenty over tables, the huge sitting capacity definitely shows no sign of under utilization. Each table was taken up in seconds the moment it was cleared. 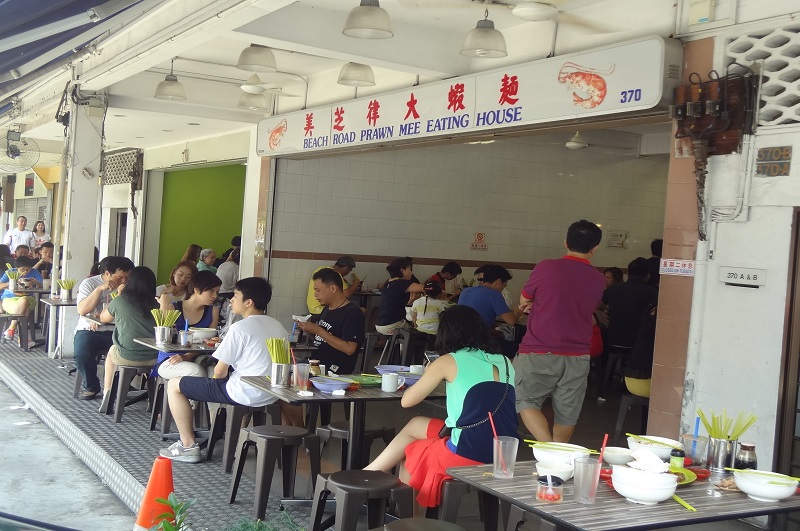 The side of the road was equally packed with cars (my son was elated when he spotted a few super cars parked and started busily snapping photos). Some cars carried foreign registered numbers – it looked like Beach Road Prawn Mee has the magnetism to attract not only the rich but also foreigners as well. For a food stall operating from a hot and humid coffeeshop, it’s pretty impressive!

A week ago we had tasted another famous prawn mee – Jalan Sultan prawn mee at Kallang – and both being close rivals, we were glad to have the opportunity now to make a comparison. Can the both of them make it to our top best prawn mee list in Singapore? Let’s see.

We followed our standard protocol of ordering a dry and soup version.

Even with the huge crowd and a long queue, Beach Road Prawn Mee has an efficient system in place to take and deliver orders. Our orders were delivered to our table in less than 10 minutes, which is highly impressive.

The $8.80 bowl of soup prawn mee was served with medium prawns, bean sprouts, pork ribs and a mixture of yellow noodle and white bee hoon, and the prawn broth was infused with seafood sweetness. It was more neutral and balanced in taste, neither too rich or overwhelming, nor too fishy or salty. The prawns were fresh but but the pork rib was a little too tough for our liking. 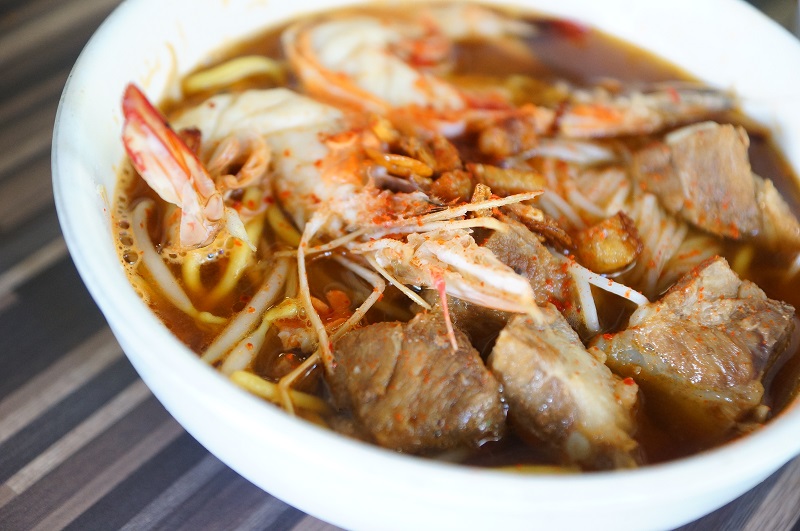 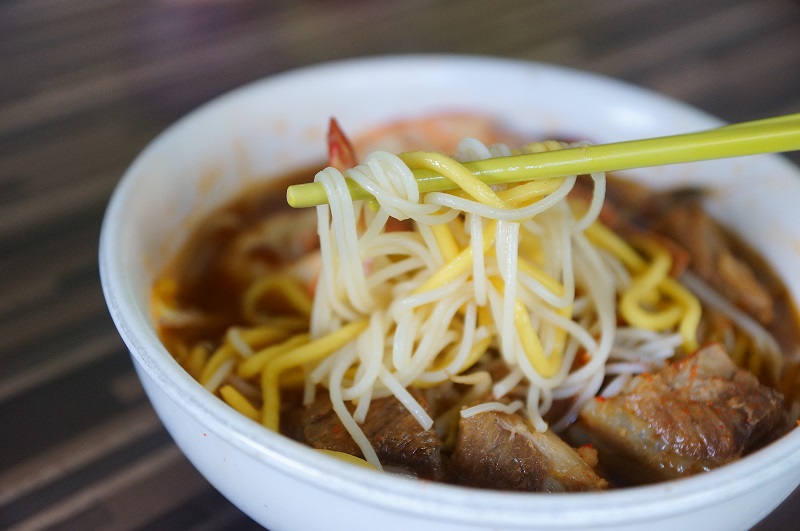 Same as the soup version, the $8.80 bowl of dry prawn mee came with medium size sea-bred prawn which is tastier and sweet. 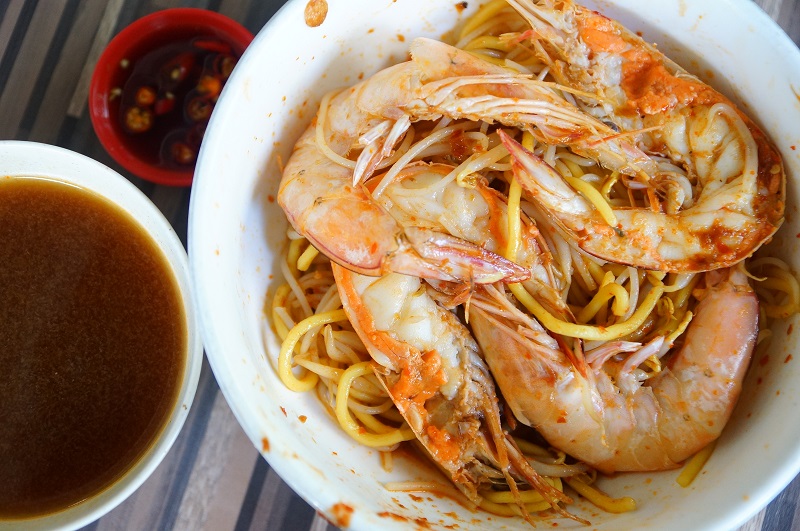 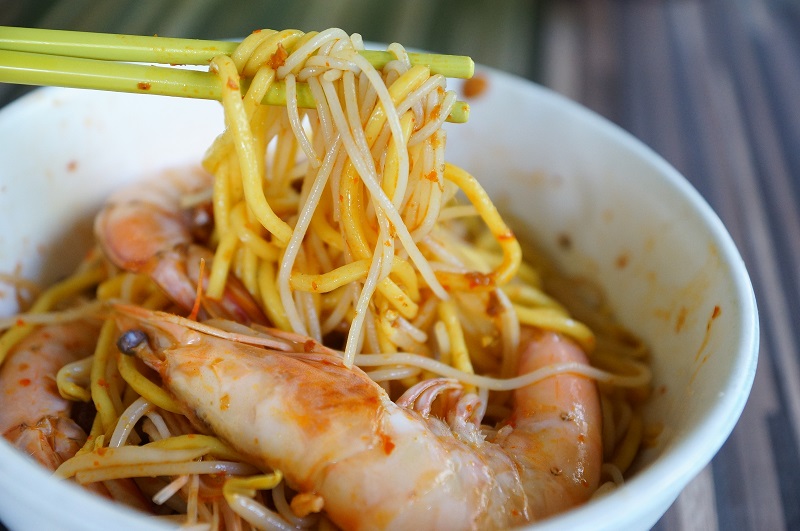 “DiDi, do you like the prawn mee here?” I asked my son for his comment after our meal.

“Definitely, I got photos of three supercars taken!” Said my son.

“What? I was asking you about the PRAWN MEE!” You definitely know where this supercar fanatic’s priority lies.

From the man on the street, to the monied and the foreign, who even park illegally and risk getting summoned to get a taste of the prawn noodles here, Beach Road Prawn Mee’s charm is definitely unmistakeable.