Backstage Café @ Kallang – away from the crowd 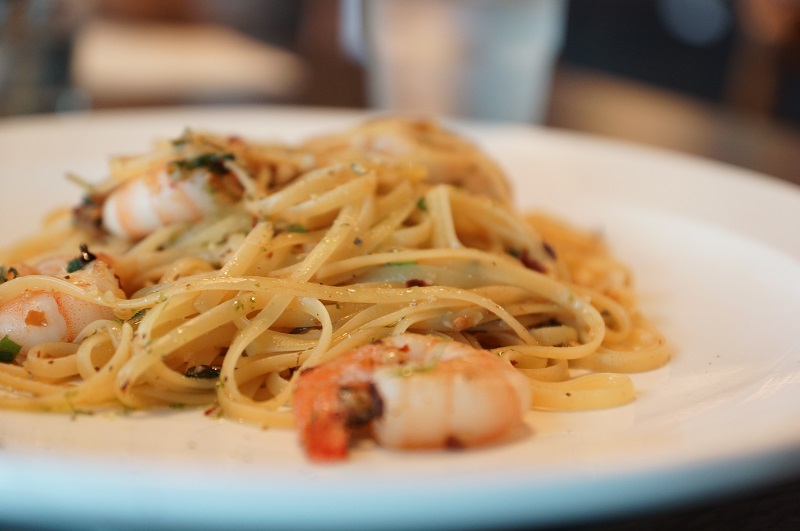 Backstage Café @ Kallang – away from the crowd

I chanced upon this café when researching online for cafés around my area. When I learnt that the café was located in the industrial area away from crowded teen hangouts, I knew I had to give it a shot. There is just something so mysteriously attractive about dining in areas away from the hustle and bustle of rushing crowds. (That, coupled with the fact that it was just a couple of bus stops away from the Aljunied train station, made it a lot more enticing!) 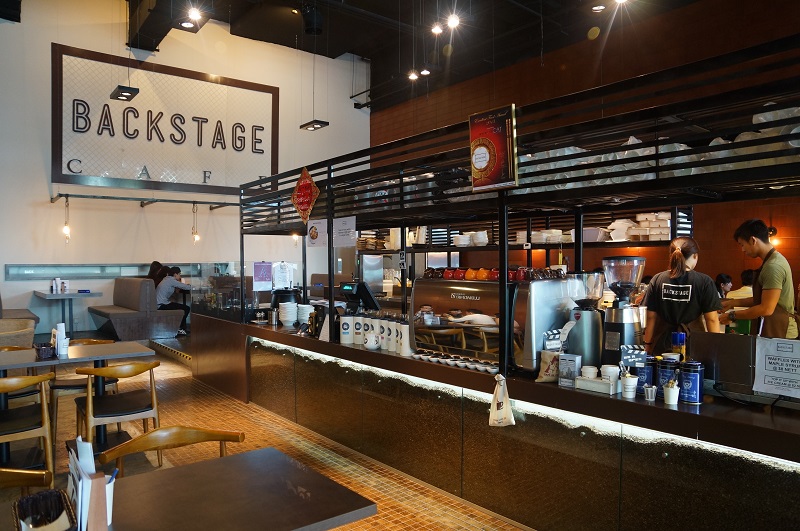 Upon arrival, my breath was taken away by how big the entire shop space was. There were plenty of seats and the seating arrangement was very spacious. Another huge plus point! Since it was a weekday, I had their weekday 3 course lunch which consists of a soup, a main that you pick from 8 choices, and dessert (which was coffee/yam ice cream for me). As choices for the mains were limited, my friend had the Aglio Olio on its own instead. 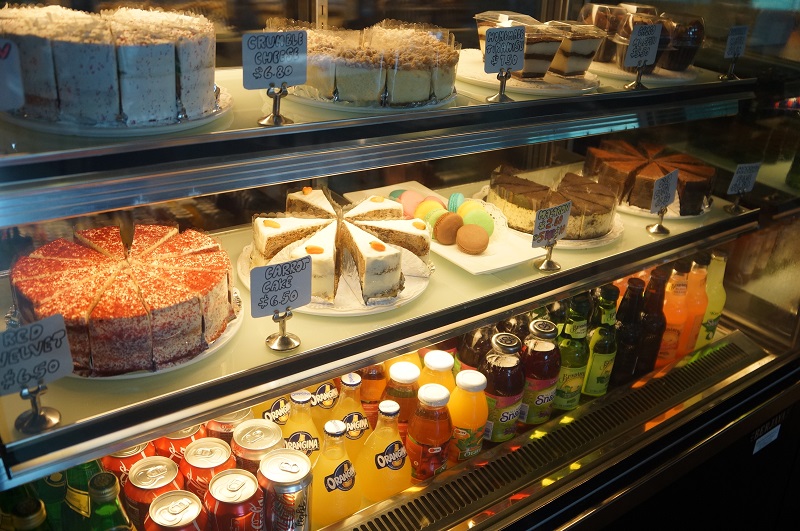 The soup was rich, creamy and flavourful. The creaminess of the salmon blended well with the soup base. 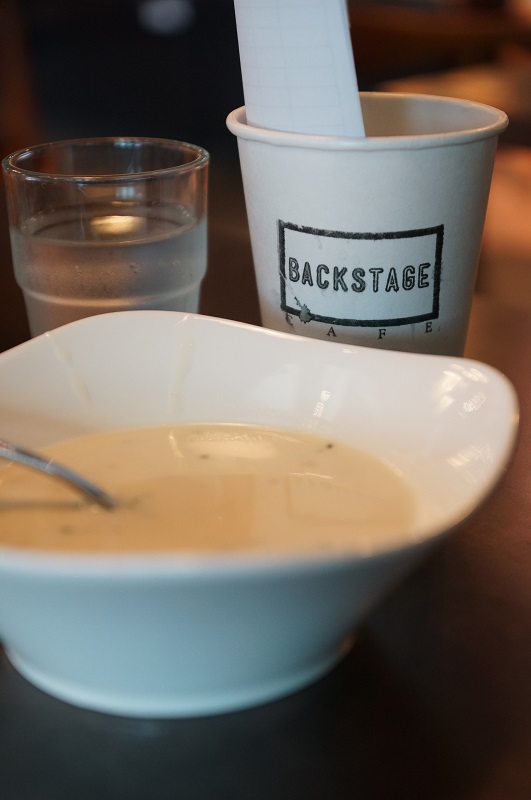 Average tasting with generous portion of plump and fresh prawns.

Meat was tender and skin was crispy. However it was rather bland on its own, and so was the sauce. Mash could’ve been creamier. 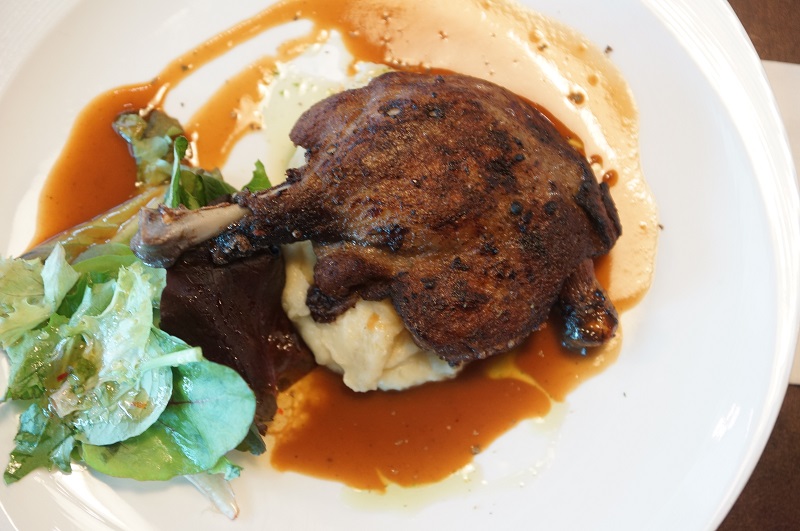 It was a bit too sour compared to the normal cheesecakes out there. We thought it was lacking in crunchy Oreo bits to give it that extra texture. Rather average. 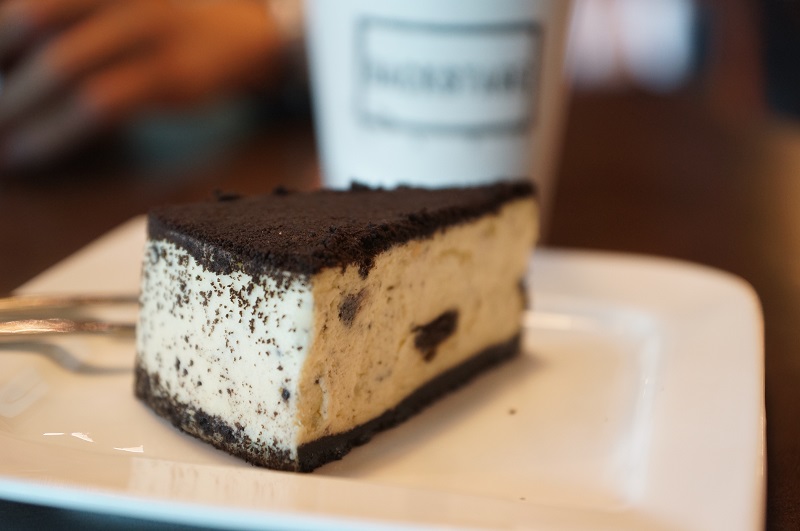 On the whole, the food was really average, but the ambience and the friendly staff made up for it. It might have been because the lunch options were rather limited; we couldn’t try the other options on the menu which were only available after 2pm on weekdays. Let us know if you thought otherwise! 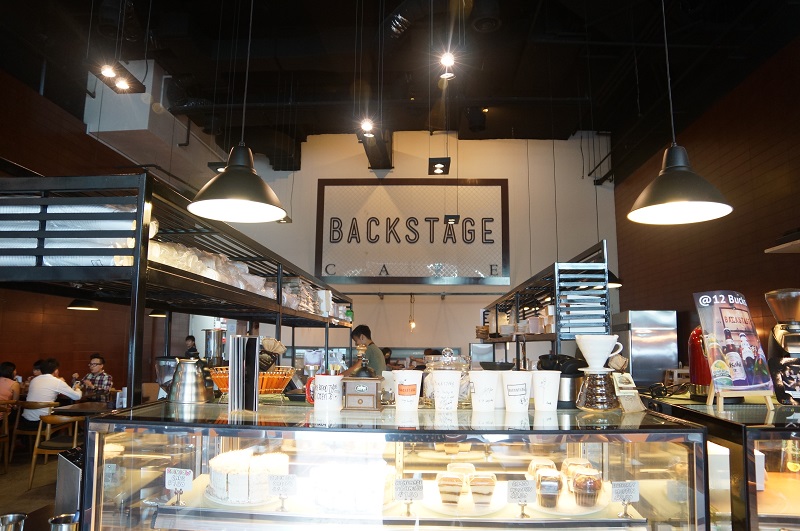