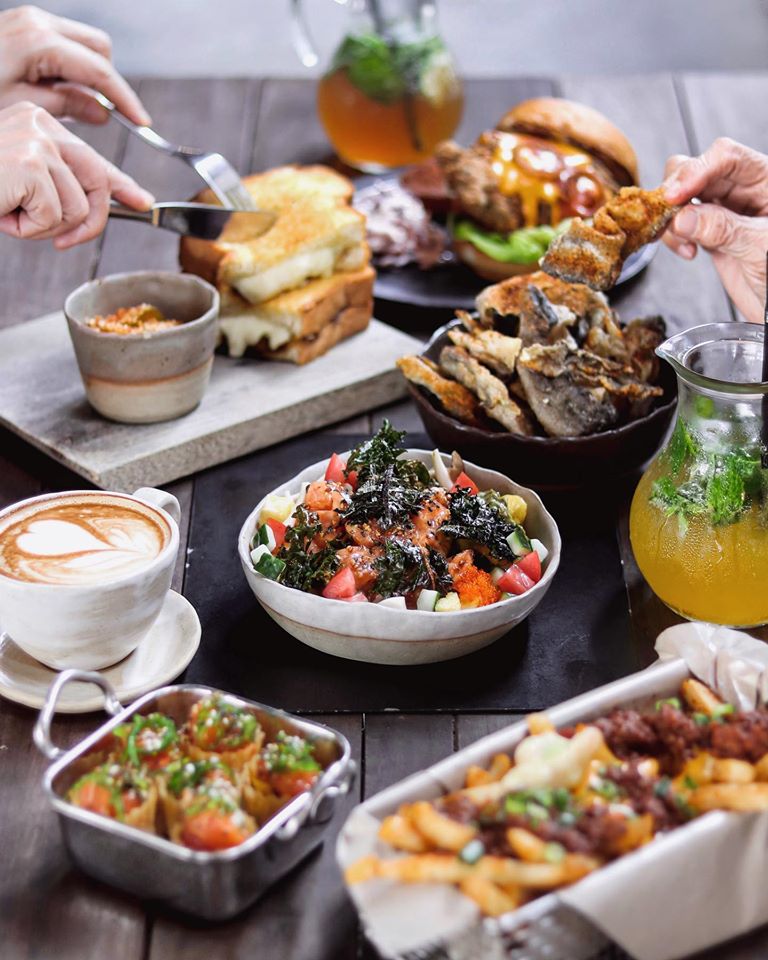 Alter Ego, Singapore: The Second Self

Alter Ego is one of the hippest places I know, and funnily, I find the place cool. Especially for people my age who are repelled by the thought of healthy food, Alter Ego sure has a way of making us consider health. 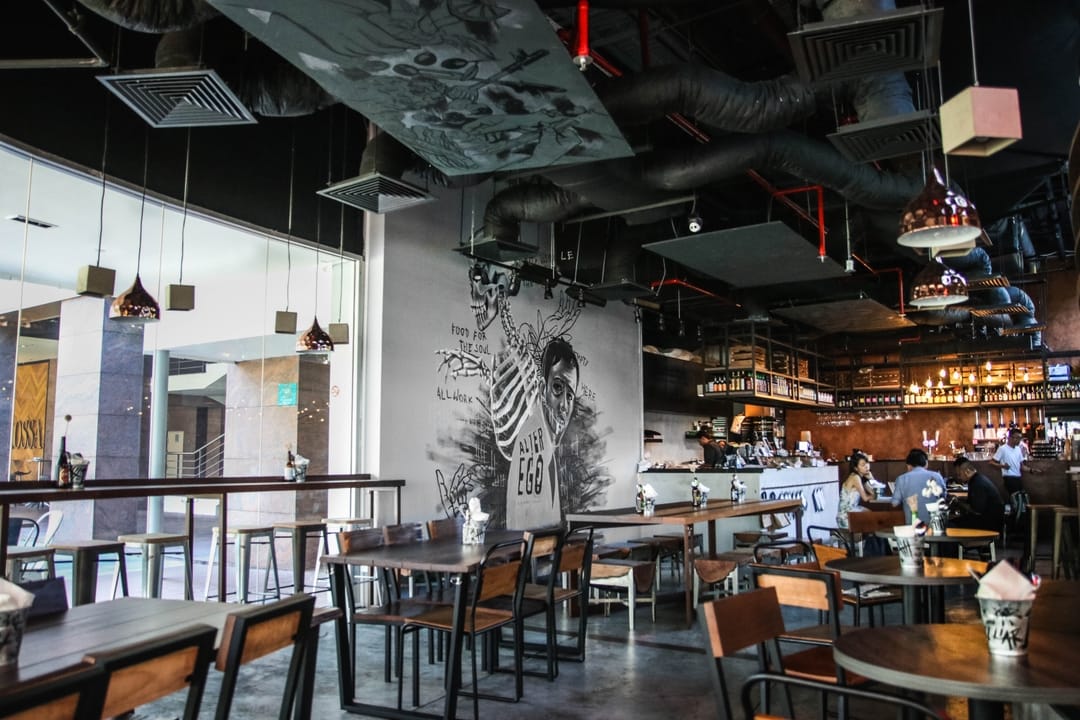 It’s important to know that if you want healthy treats at Alter Ego, they have it for you. If you want to indulge in western favorites, you can also get that choice. Alter Ego is about getting the choices you want – ‘eating healthy or indulging in your favorite comfort food’.

Alter Ego also closes for private events and happenings. If you are one of the people who want to host your events here, send an email to marketing@alterego.sg and get the rates and a quotation for your inquiries. 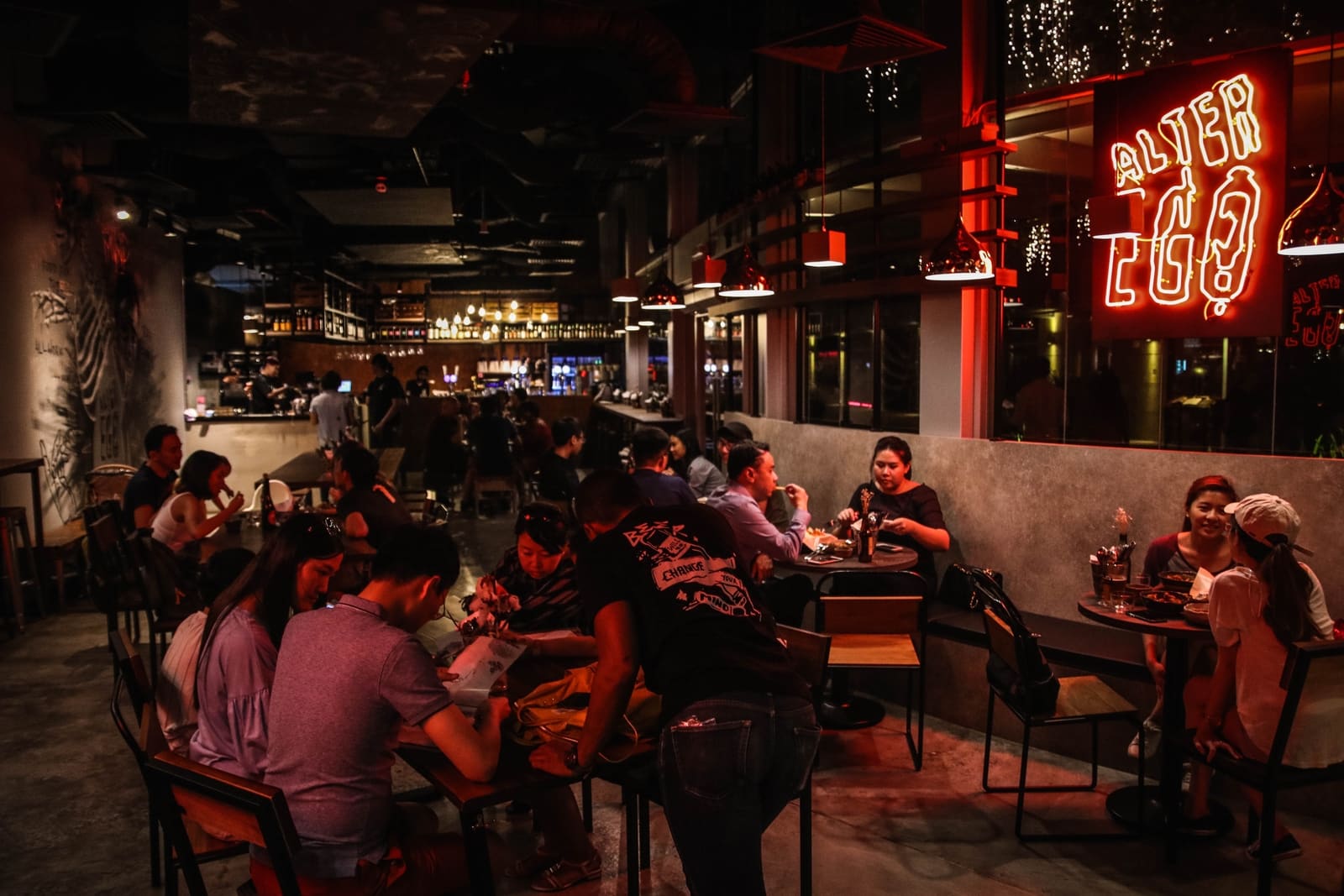 While I was excited about dining at Alter Ego, I was personally excited to try their poke bowl of fresh salmon sashimi. I didn’t expect too much, though – thinking it shouldn’t really be overestimated in terms of quality. I just wanted to know how much of modern infusion was done to the poke bowl. 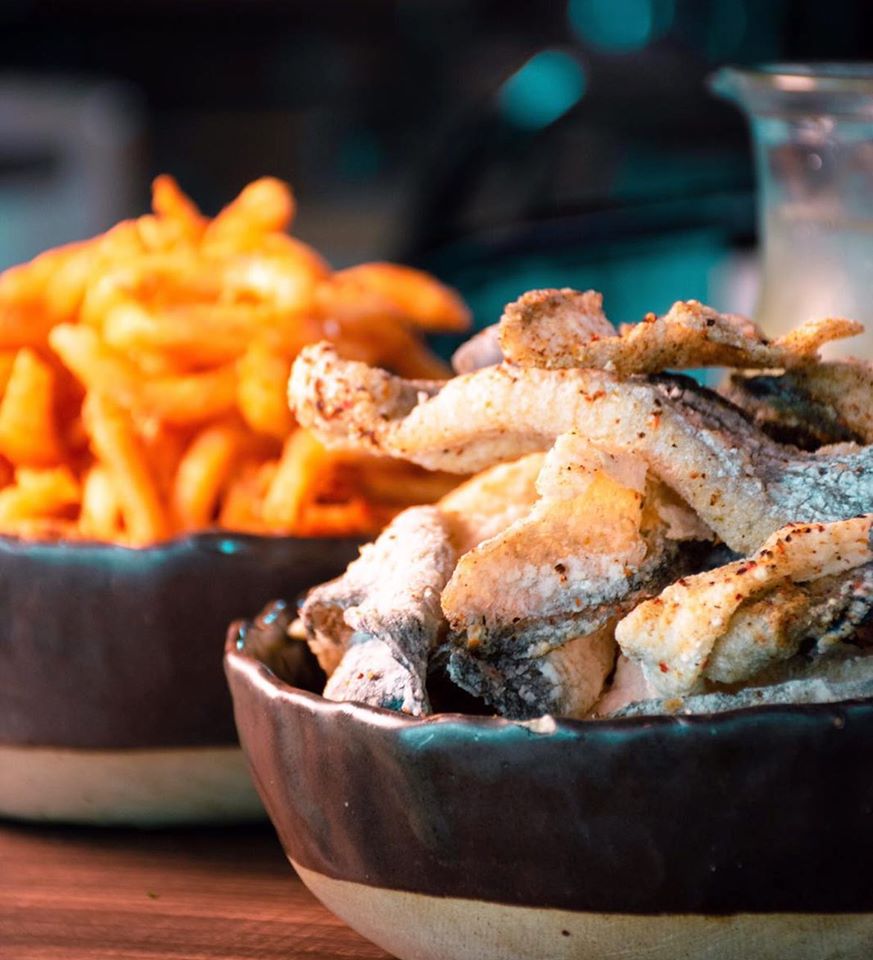 I like that I started with something crunchy and flavorful – the Umami Fish Skin (S$7.00). It wasn’t overwhelmingly salty, but it wasn’t as tasty as I hoped. But, it was good, nonetheless. It wasn’t disappointing since you could ask for a good sauce that can go with it.

I didn’t ask for sauce, but I did eat it while chugging on a bottle of Tiger (S$10.00). That helped in adding a bit of craving to getting another piece of the fish skin. 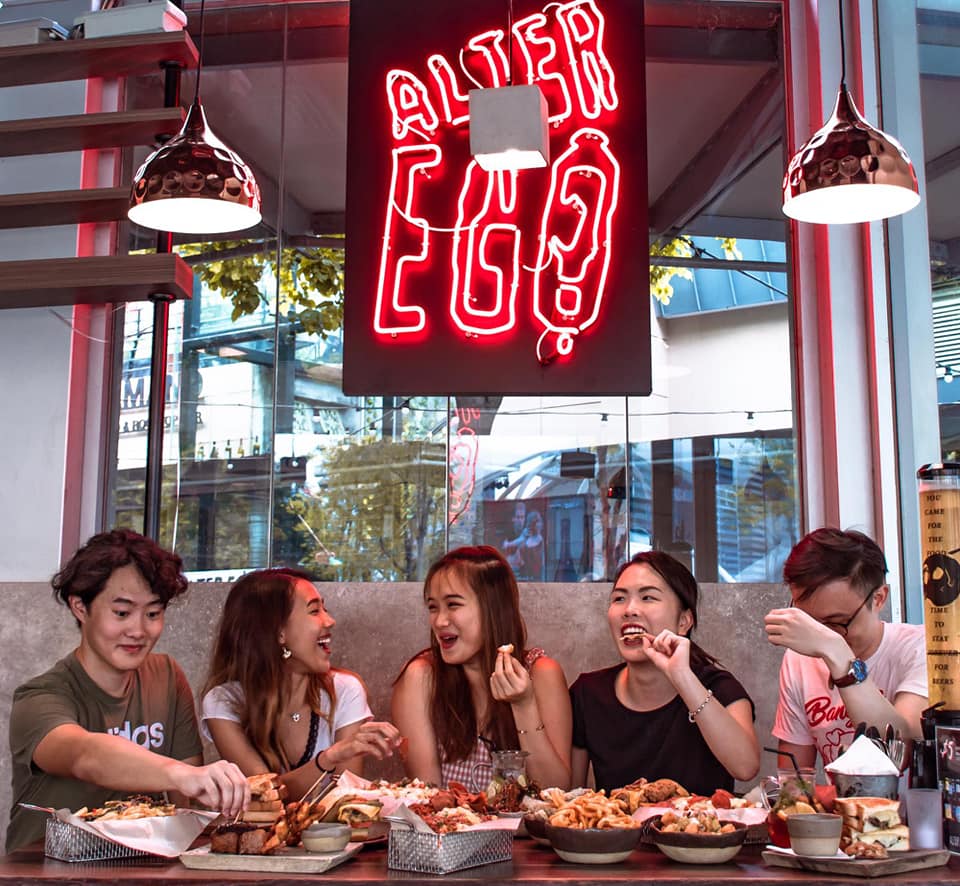 The Southern Fried Chicken Burger (S$20.00) was recommended by a friend who shared the same table, and I must say, as a chicken lover – this was amazing! It reminded me of a similar flavor somewhere I couldn’t point out, but it didn’t lower my excitement for another bite of the burger.

I just love tasting the crunchy and tender chicken between the buns. And, the sauce was amazing for the taste. Even when I shared the burger with one of my friends, it was definitely worth every bite.

I was a goner too soon, though. I was sold with Tater Tots (S$13.00)  because it was just heavenly. It’s like having the chips I always wanted. It came with jalapeno and cheese dip, whichever you would prefer. 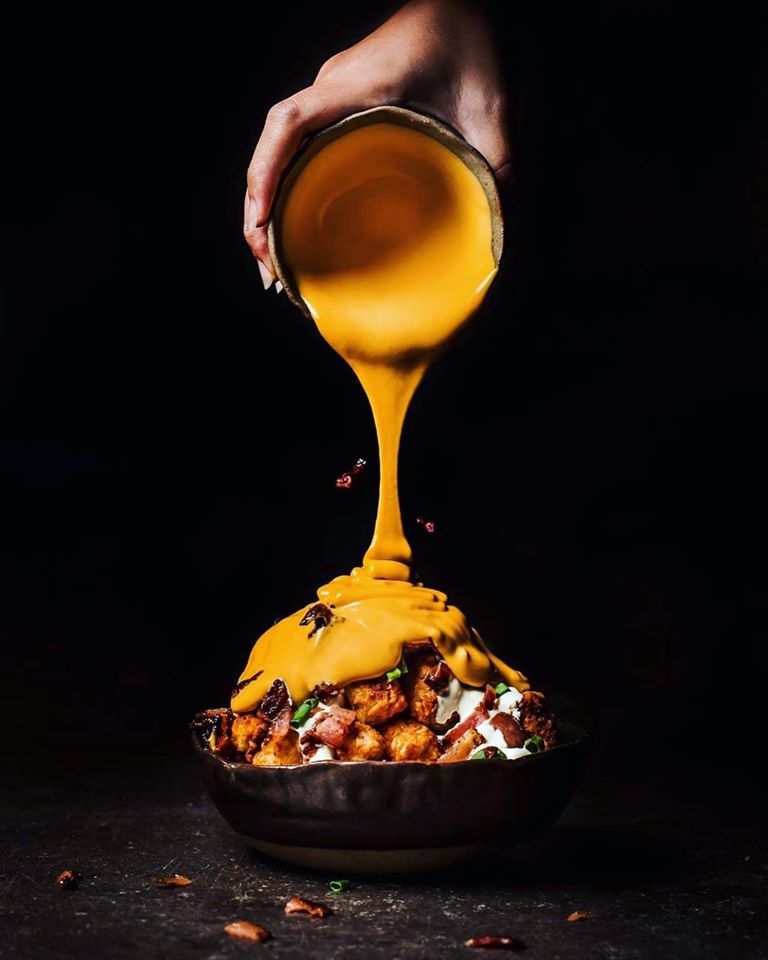 Talk about a bowl that can feed a group – Alter Ego’s tater tots just had to get my number one spot this time! It was crunchy but tender on the inside, not even overcooked. The cheese and jalapeno just had to be the perfect flavors to go with this choice. A big kudos to Alter Ego for this! I was really pleased.

Braised Shortrib Grilled Cheese (S$16.00) was our main – which we also did share. I love the beauty of having that balance between the meat and the cheese. Because the cheese already has that saltiness to it, the beef’s seasoning didn’t need anymore salt – and, Alter Ego’s braised shortrib grilled cheese was nowhere near overwhelming or underwhelming.

It had this flavor that didn’t put me off right away, it gave me just the right amount of satisfaction that led me to looking forward to the next dish. I always liked the fact that it was really cheesy. One of Alter Ego’s strengths are definitely generosity, and they know how to spoil their guests with their menu.

To be clear about this dinner, it was recommended by someone which my friends and I took it to ourselves to make an impromptu visit to the diner ourselves. One of the best things about this is that we decided to order plenty of food to share, so we all know what to say about the food.

The Buffalo Wings with Ranch (S$11.00) is definitely one of the fun choices we ordered. I love tasting that classic ranch flavor when it comes to crunchy fried wings. I was pretty overwhelmed with this selection, though. It must be the amount of what I’ve eaten, or that I’ve eaten two pieces of wings smothered in the rich ranch sauce. It doesn’t mean the dish was a fail, it was actually amazing and I wanted more chicken – but I had to try everything.

Alter Ego was such a fun experience, my friends and I actually enjoyed our visit. And, it was better than we expected. 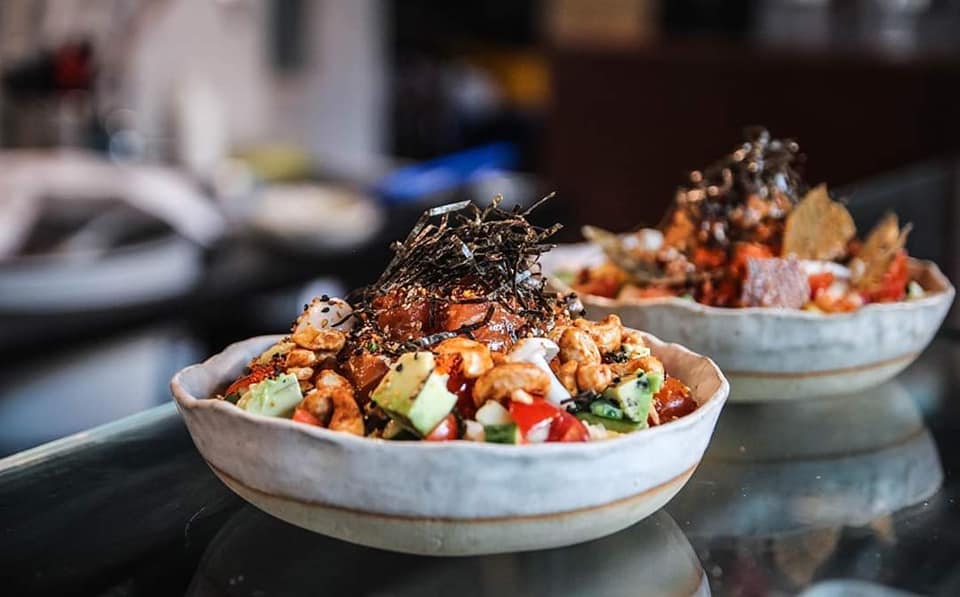 Anyway, let’s head on to our own verdict of their Sashimi Poke Bowl. Was the reviewer right about their experience? Or, do we simply have different preferences when it comes to eating sashimi?

Alter Ego’s Salmon Sashimi Poke Bowl (S$13.90) came in a really nice bowl. The sashimi was decorated with some sushi rice, pineapples, tomatoes, seaweed and cucumber. I can’t really recall everything that was in the bowl, but it was worth more than I expected. Some flakes and mushrooms were also in the selection we ordered.

It was definitely worth it, because it was a bowl of flavors that satisfy my taste buds. The thing about the bowl is that it wasn’t really in the zone of the traditionally prepared sashimi, but it was good nonetheless. It had a healthy modern infusion, and it was not at all a failure for me.

We actually ordered one more bowl to share because we didn’t think just a small taste of it was enough for 5 of us at the table. 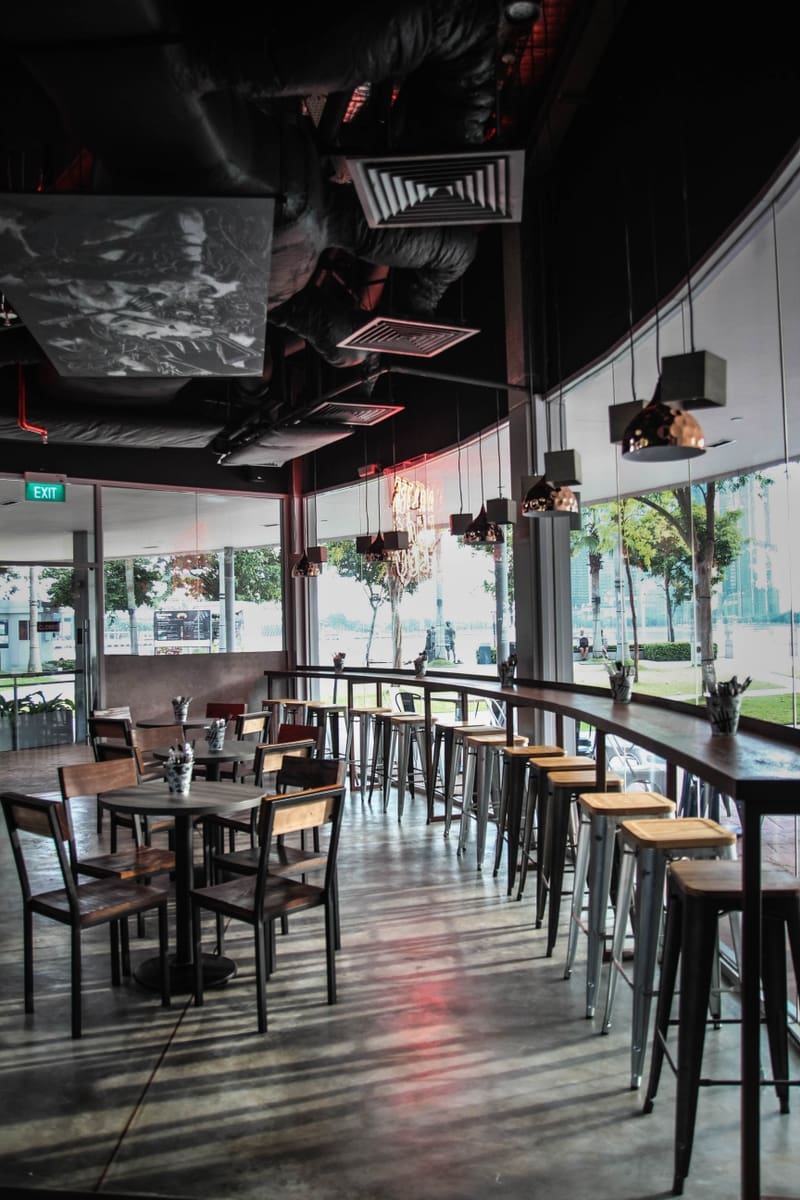 The sashimi wasn’t an explosion to be hyped about, but it wasn’t a disappointment at all. We enjoyed the sashimi poke bowl to the last piece!

For our simple dessert, we all got our fair share of the French Silk Pie (S$8.00), and I like it, even though it was really sweet. But, it’s not Alter Ego’s fault. The best thing about the portion size is you won’t wonder why it comes in the portion it is served. It was enough to satisfy your sweet tooth without overwhelming you. 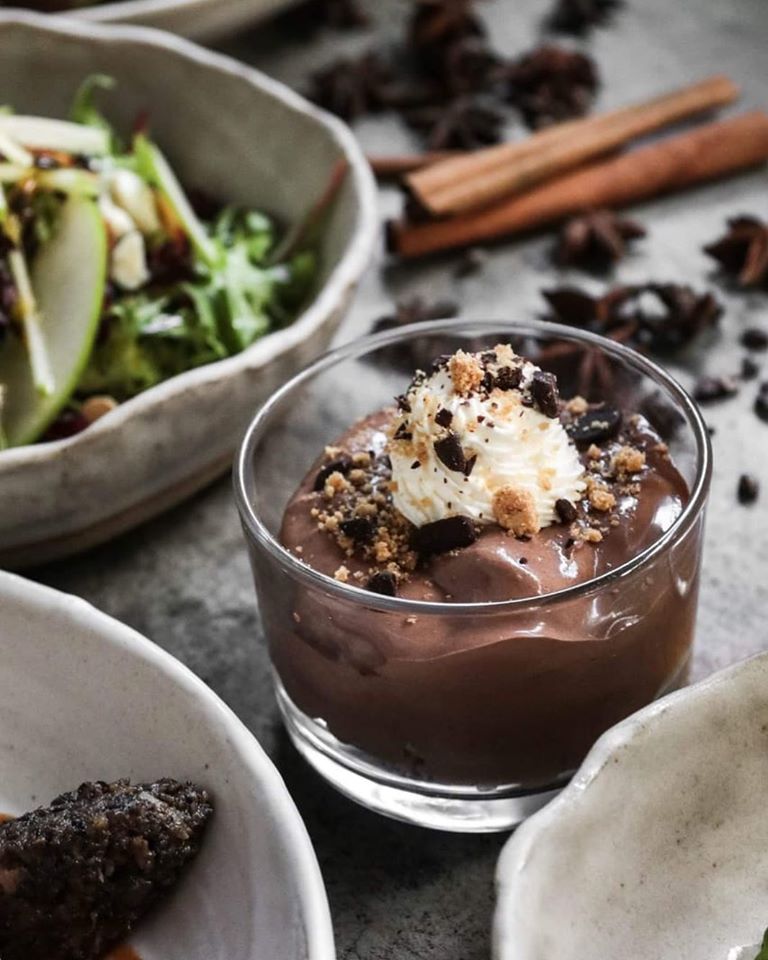 I think Alter Ego has a good theme going on. Their menu is constructed with the concern for people who are also health conscious, not just the young and indulgent people who love to cherish food.

Have you gone to Alter Ego Singapore? Tell us your experience!