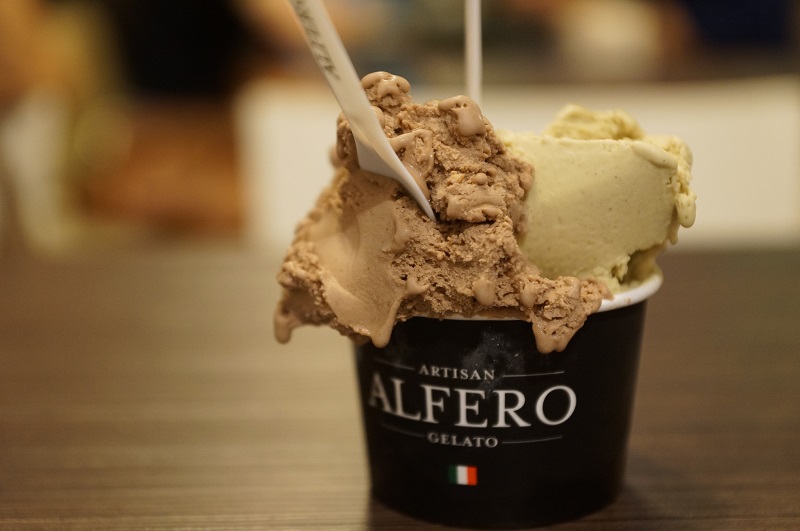 I chanced upon this shop one day close to about a year ago when I was at Marina Square and I was craving for ice cream/gelato (when isn’t it not a time for ice cream?) I can’t remember exactly which flavour I had a year ago, but the texture, and the fineness of the gelato left such a huge impression on me I knew I had to come back here again with the family. 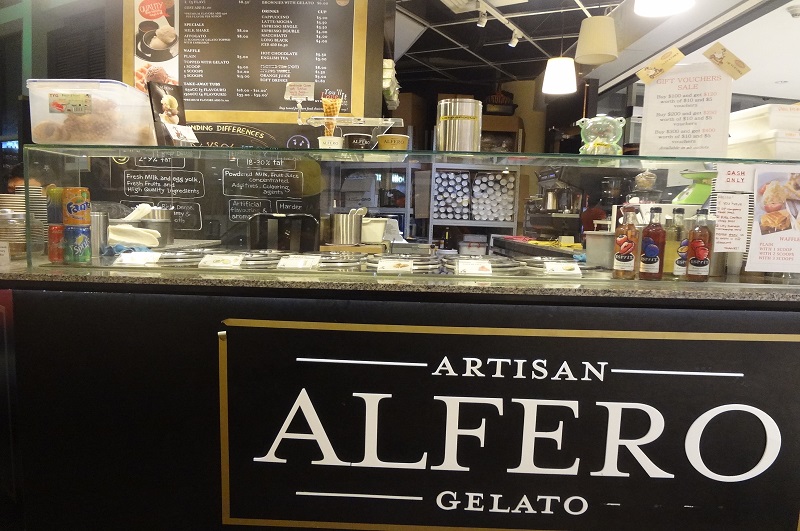 Fast forward a year from then, when we happened to be in the area again and I finally had the chance to share this gem with my loved ones! First of all to clarify, there actually is a difference between gelato and ice cream. Gelato is made with fresh ingredients e.g. fresh fruits/fresh milk, whereas ice cream is made from fruit juice/powdered milk. Gelato also has  a lower fat content than ice cream does, which means less guilt! Since gelato is made from fresh ingredients, it can only be kept for a couple of days; Alfero actually covers its gelato to maintain freshness of the gelato.

This was said to be one of their favourites, so it was no surprise when it was our favourite too! Bronte pistachios are used to make this gelato so fragrant and naturally green. The older generation might find this a bit too sweet though. Like the very first time I was here, the texture of the gelato was smooth and silky.

Tastes just like Ferrero Rocher, apparently the gelato is only made with milk, hazelnut, chocolate and sugar. We love how there are little hazelnut bits in the gelato to give it that extra crunch! 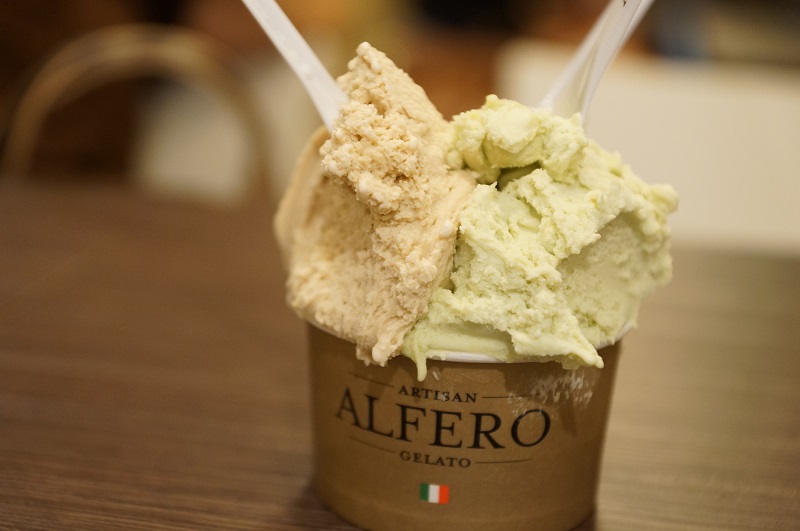 Sweet but lacking a bit in flavour of the milk.

Very strong coffee liquer taste, and it was a little overpowering – not suitable for the young! My little brother thought he wouldn’t be able to sleep after a few mouthfuls.

Avocado
It was evident that real fresh avocado was used to attain the flavour of the gelato; we liked how it wasn’t as sweet as the first few flavours. 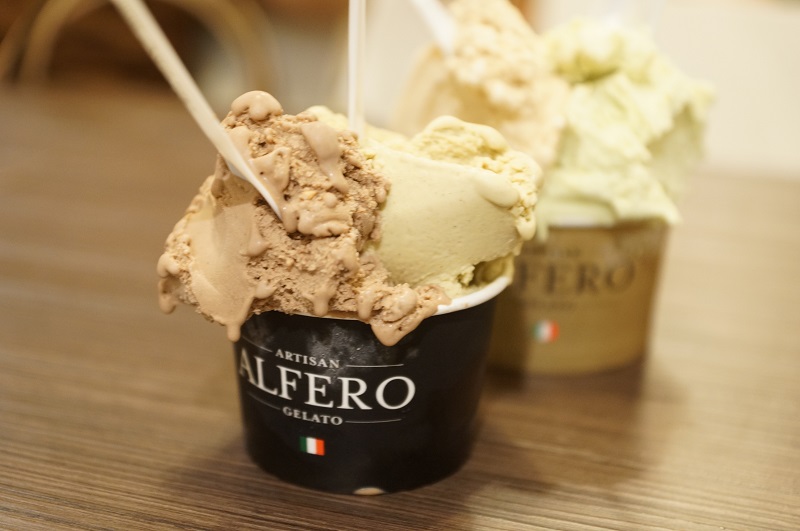 All in all, we would say this is worth the trek to get here as it is unlike most mediocre ice cream/gelato out there. Alfero found itself 5 more new fans today (grandma included)! 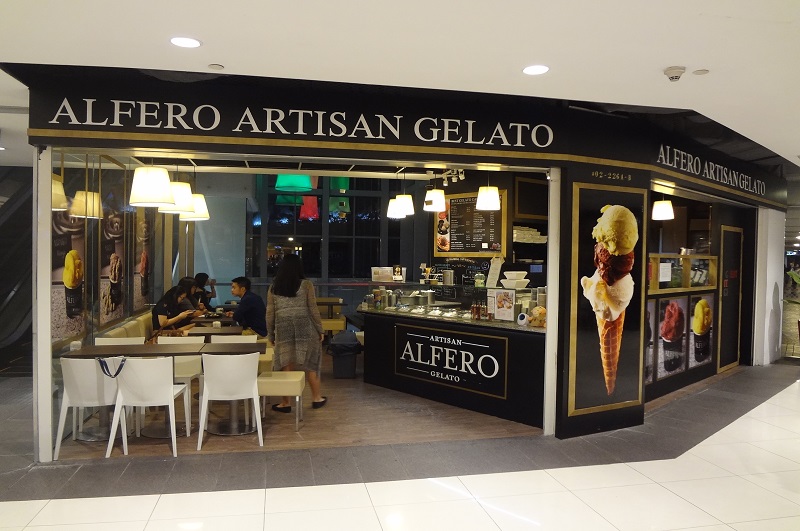