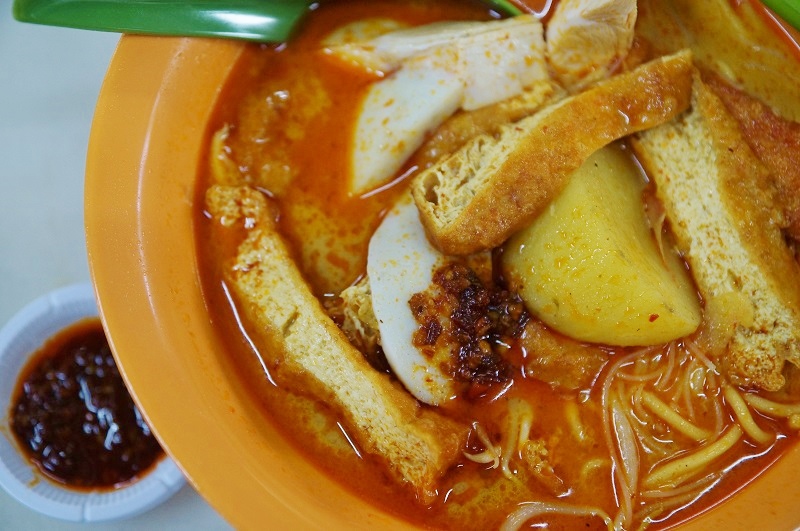 There are quite a few Ah Heng Curry Chicken Bee Hoon Mee stalls around, one of them located at a corner of a coffeeshop at Queen Street near to the popular Chinese and Indian Temples. The other stall can be found in Hong Lim Food Centre along the Upper Cross Street and one more at Market street. These stalls are not too far from each other, all within the city area and they carry exactly the same name, selling exactly the same food, all are popular with patrons – which leads us to wonder, how are they related? Is it a franchise or are they copycats? How about the food quality? So, to satisfy our curiosity, we tried two of the more popular stalls to see if there are any real differences between the two…

This review is for the branch at Bugis. 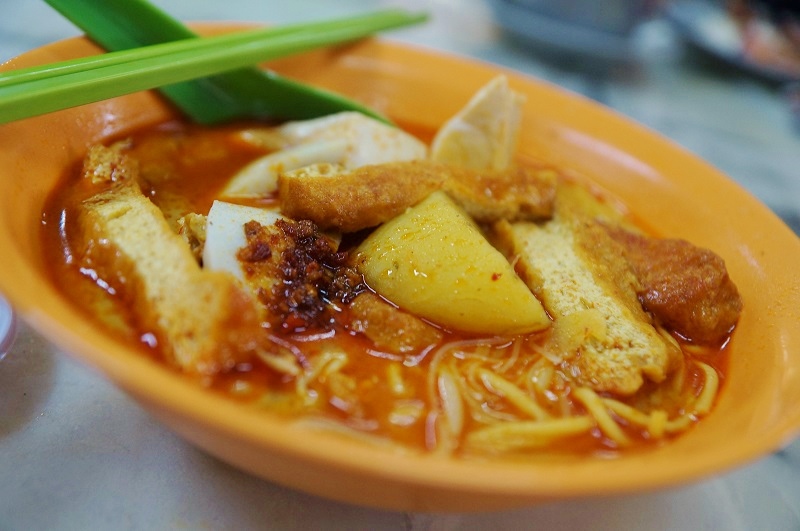 There were about seven patrons queuing for the curry mee, but the serving speed was painfully slow. The stall owner seemingly took his own sweet time to prepare each bowl of curry mee, drained the mee with the curry gravy a few times, add the toppings, stirring the big pot of curry again and again….. everything in the slow motion, in the end, a whopping 20 minutes for the bowl of curry mee!

The meticulous preparation work only heightened our anticipation for the bowl of noodles. It came topped with two chunks of chicken meat, hardboiled egg, tau poh, potatoes and slices of fish cake. The gravy looked fiercely hot yet I still made the mistake of underestimating the spiciness of the gravy – in fact, the piping hot temperature of the gravy only increased the spiciness twofold, and I almost choked on the first mouthful.

So be warned if your spice tolerance isn’t on the high side! However, if you are looking with something more challenging to “spice up” your tongue, the curry mee here could be a good choice. 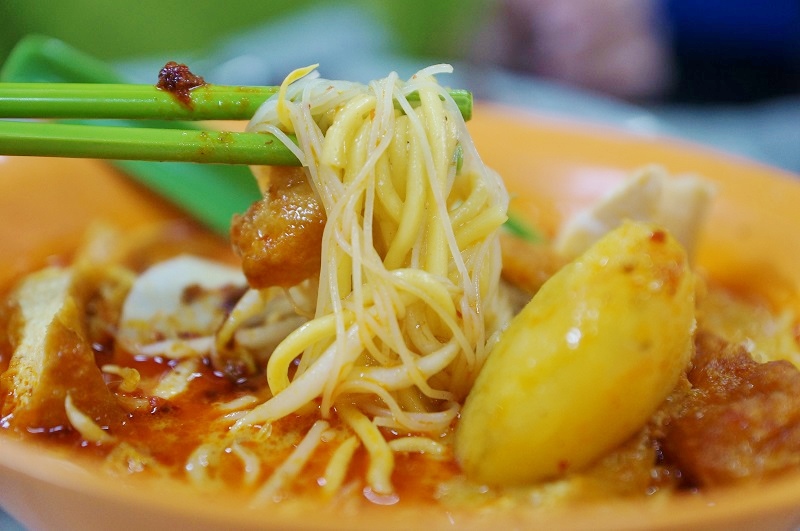 Besides the intensity of the spiciness, frankly speaking, we could not find great satisfaction with the gravy. The lack of the right curry flavour and the missing tenderness of the chicken meat made the whole dish taste generic. We think they could do with a lot more depth to make the curry gravy more robust in taste which is the key to a good curry mee. Though we have no qualms about the bee hoon mee  – it did have the right texture – and the quality of the rest of the toppings was good.

ALERT: Get Instant Access To My Top 2 Best Curry Mee In Singapore 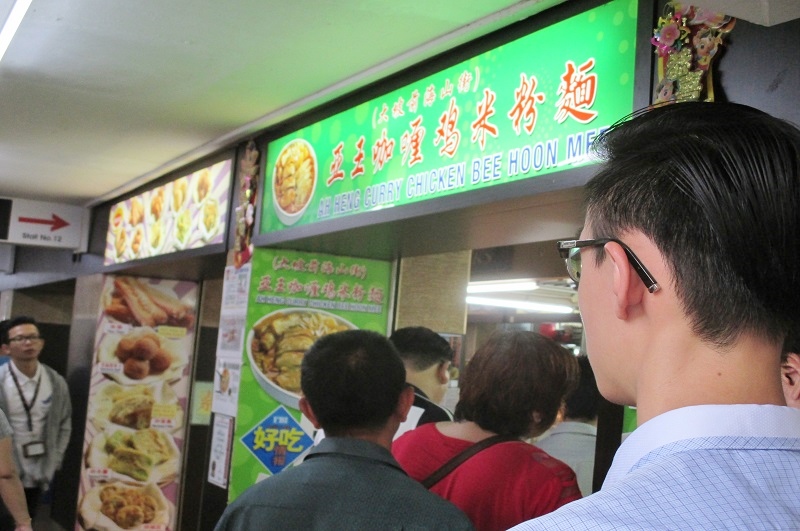