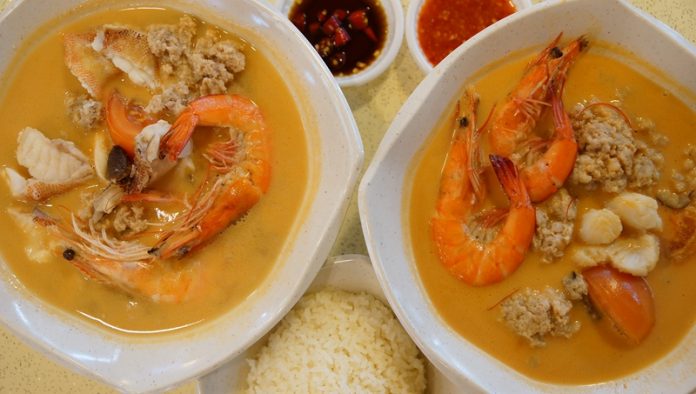 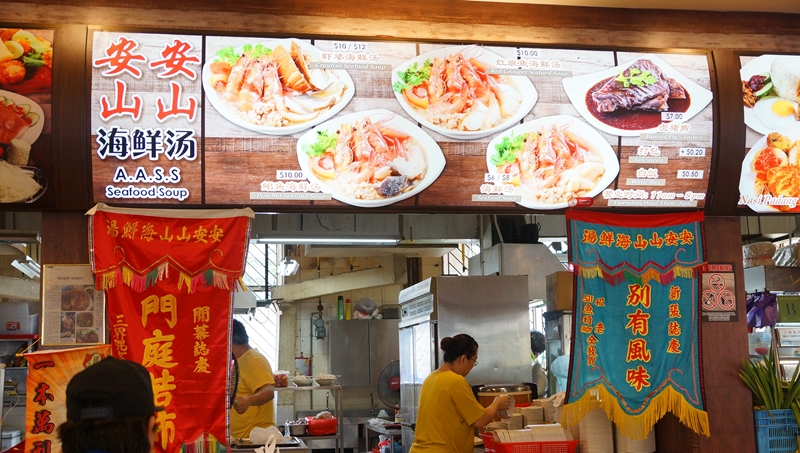 Since the discovery of the seafood soup in Bedok, we have not been travelling to Woodlands Food Centre to satisfy our cravings for seafood soup. From A.S. seafood and now, A.A.S.S. Seafood Soup (Ann Ann San San) – a new seafood soup stall resides not far from A.S. seafood, we have another great choice of this delicious soup. 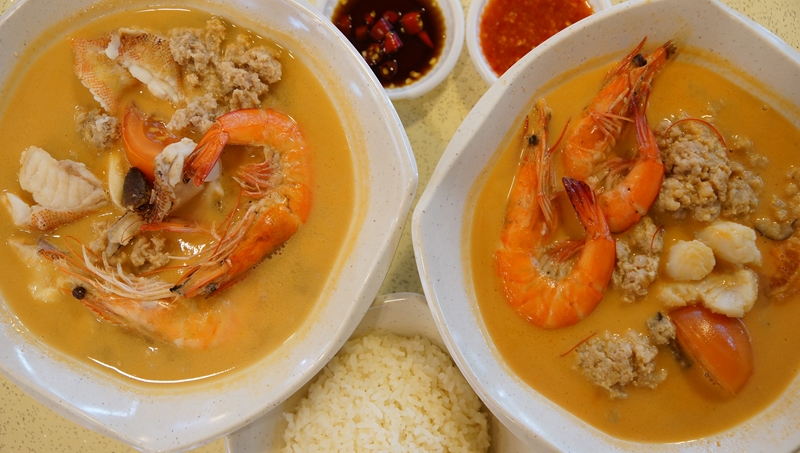 The stall is helmed by the same Chef, Mr Lau who decided to part with A.S. Seafood and start his own business. A brave decision to take his own destiny in his own hand. 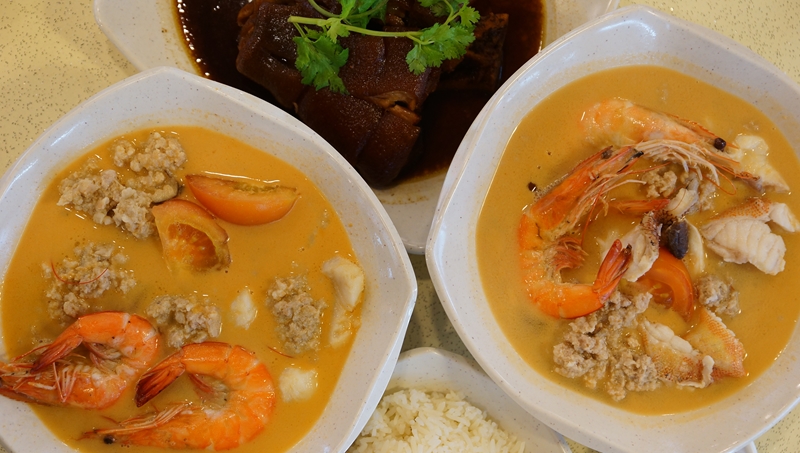 Mr Lau knows well the need to emulate his rival in the nearby vicinities, and we could sense the heart and soul that went into his bowls of the seafood soup. The soup was amazingly flavourful, and the minced meat and fresh seafood gave a good subtle taste. We mopped up the tantalizing gravy, everything was spot on.

Always opt for the upsize $8 – $12 to enjoy the best of this heavenly soup. 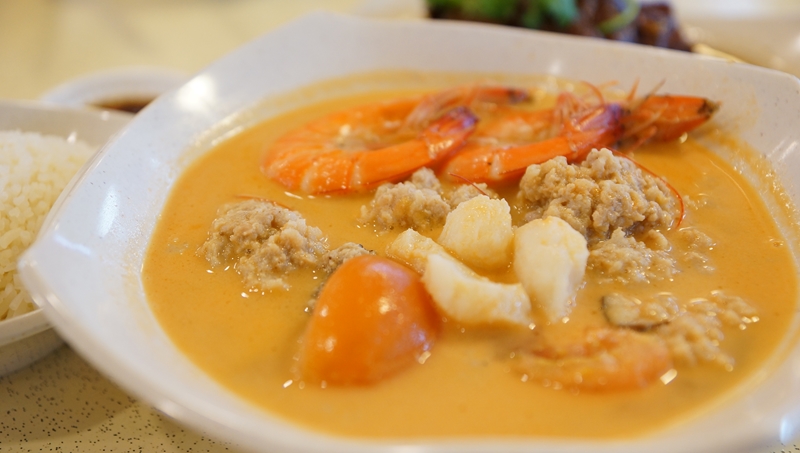 Braised Pork knuckle $7 for whatever reason has become the affiliate item on the menu at all the seafood soup stalls. It would be more pleasing for the tastebuds if the meat was more tender flavourful. 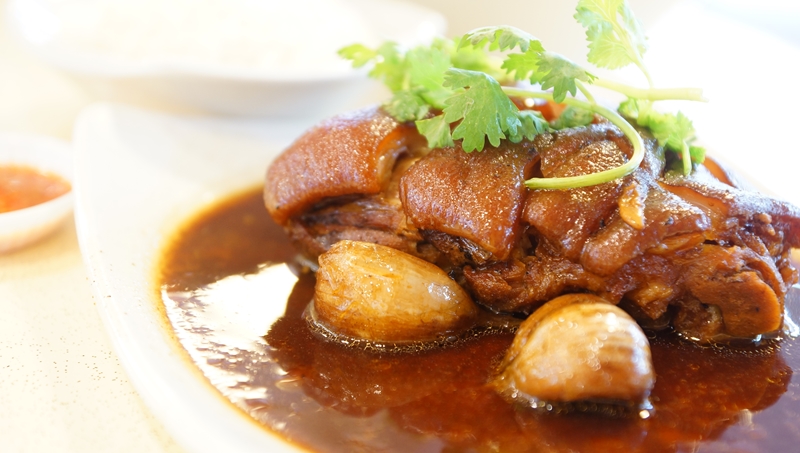 Mr Lau has a daunting task to lure the foodies to A.A.S.S. Seafood Soup with the new stall, However, the fittest will survive, we believe the quality of the seafood soup will eventually garner lots of support be a strong competitor to other seafood soup stalls.