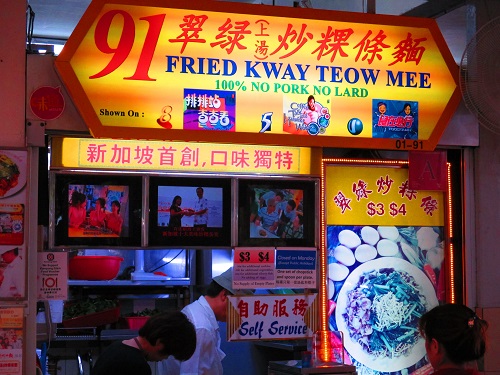 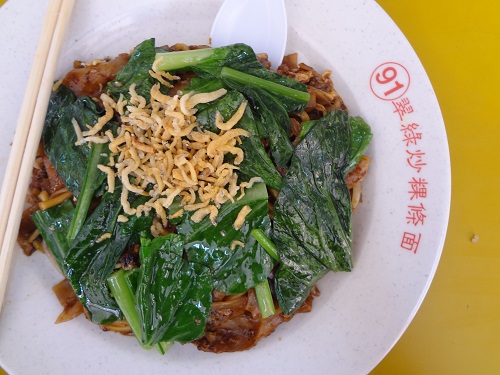 There are lots of good food in Golden mile food centre, as usual, we will scout around the whole of food centre first to plan and look for our targets, just like the pack of hyena combing the terrain and locking in their kills before it zoom in and make the attack. We found two Fried Kway Teow stalls, one on upper level and the other at the basement, 91 Fried Kway Teow is located at the upper level, the stall is flooded with the heavy coverage and explosure of the media and foodies recommendations, of course, we got to try. 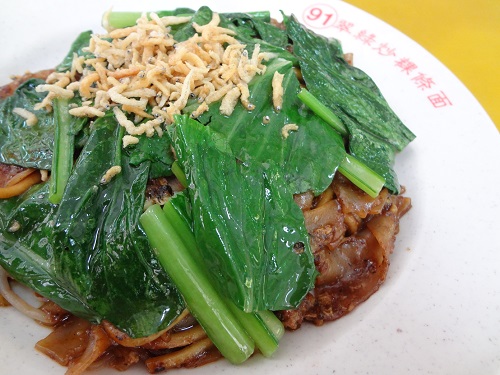 Plenty of green leaf and topped with some fried anchovies as ganishing, the fried kway teow was fried with “no lard no pork and minimum oil”, a sign to proclaim the uniquness of the stall and heavy selling for being the healthier Char Kway Teow in town, a head on contradiction to this famous sinfully high cholesterol dish. We can only say that the store is cleverly adopted the modern marketing strategy on product differentiation. 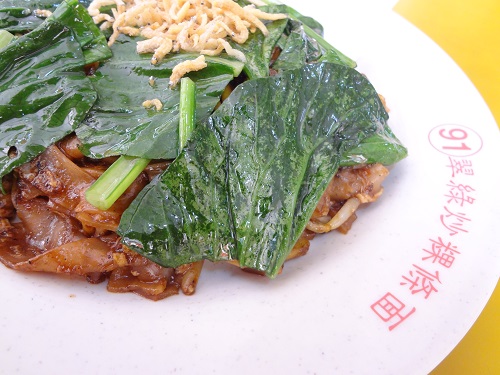 If you are a die hard fan of Char Kway Teow, you may find this version of healtier fried kway teow lack of the knockout punch, the much needed Char kway teow flavour was somehow masked by the sweetness of the sauce and just can’t get us excited. May be not fair to draw the verdict for those who put healthy as the top consideration, but for foodies like us, a flavoursome plate of Fried Kway Teow of scrumptious taste still on our priority.