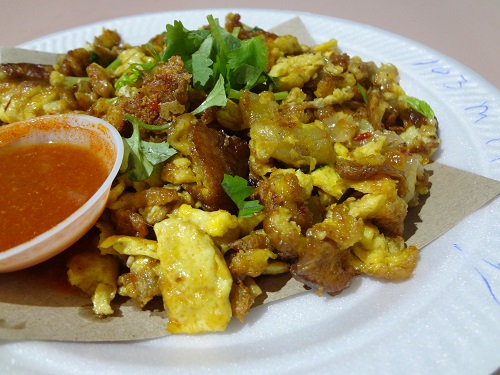 The evening at FengShan Market and Food Centre is always vivid and full of live; the good food here is a natural magnet that brings the crowd here for a simple communal meal or just a chill out place for friends.

85 Bedok North Fried Oyster was one of the busiest stalls in this food centre, the never ending orders come so fast and furious that they have to occupy two stalls to cope with the buoyant business, the two stalls are managed by three to four chefs to churn out plate after plate of the delicacies to keep waiting time to the minimum. 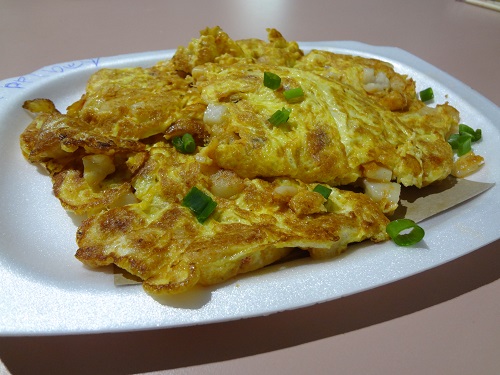 The white carrot cake was coated with eggs and the appearance looked rather appetizing, however, our disappointment was thinly veiled when we had our first taste, the carrot cake was rather plain and very much lacked of the enticing aroma that we used to with the carrot cake, the seasoning obviously was very much under power and the standard was far off from our expectation.

Our hope was left with the fried oyster, this is their specialty and we were steadfast into the belief this dish will not fail us. However, the reality could be cruel, what turned out a specialty was a plate of disastrous oyster, everything in the plate was overcooked except the oyster, the flour and the eggs were too dried and lacked of the much needed fragrance from the seasoning, all our taste buds rejected the plate of fried oyster and we were wondering what has gone wrong with the stall. Perhaps, it could be the choice of the owner to go for more business and failed to balance between efficiency and maintaining the food quality.

However, we like good food and quality is paramount that cannot be compromised.