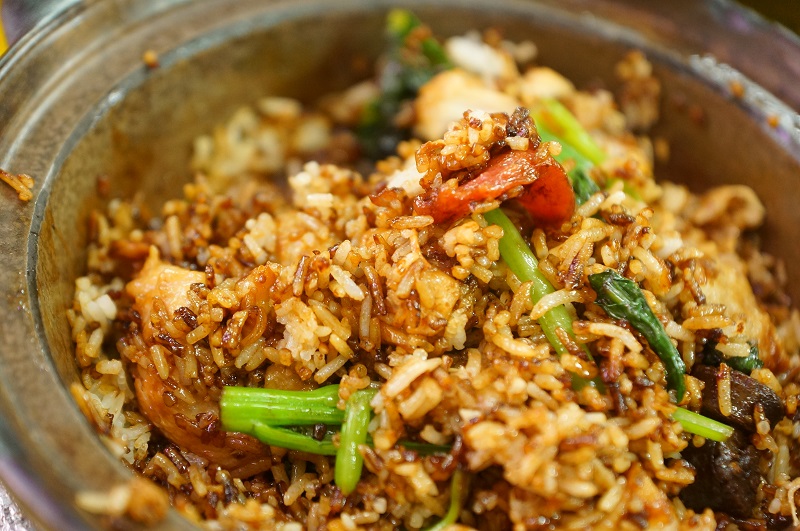 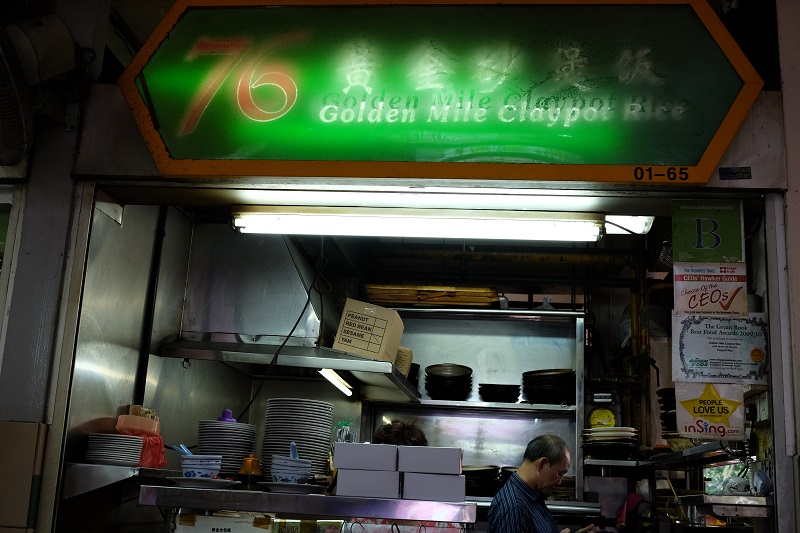 There are two Claypot rice stalls in Golden Mile Food Centre, one at the basement and another one at level one. Both have their fans and taste is very individual, we have tried both the stall but decided only to comment about 76 Golden Mile Claypot Rice.

We ordered the $5 serving. 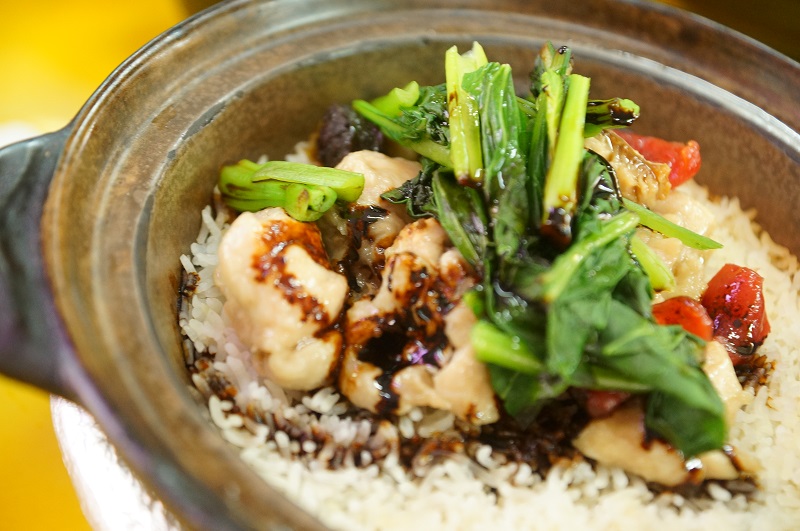 As usual, we were busy taking photos of the food and obviously it caught the attention of the uncle from the Claypot stall, he came over and gently reminded us the importance of eating the claypot while it is hot. Not bad, at least he is concerned about the quality of his food and we already can smell the fragrance of the Claypot. 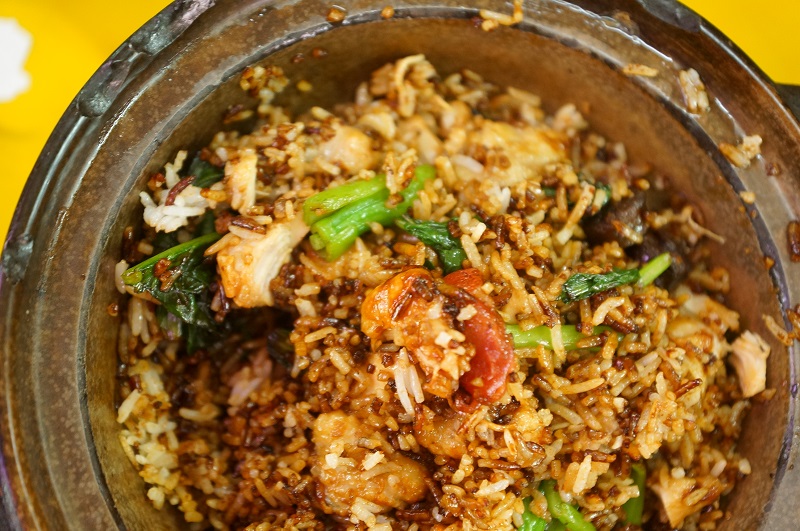 The Claypot was topped with the marinated chicken, veggies, Chinese sausage and bits of fragrance salted fish. The chicken was tender and nice; we were surprised to find two types of sausages in the rice, the traditional mixture of fatty and lean meat sausage as well as liver sausage which has much darker in colour and more pungent in the flavour.

The rice was cooked directly from the claypot evidently from the charred rice stick to the base of the claypot, we doused the rice with the dark sauce and sparsely sprinkled with drops of oil for the extra zesty flavour.

A good stir of the rice is important to ensure the homogeneous mix and allowing you truly enjoy a pot of alluring claypot rice, this is to allow the most important and indiscernible flavouring component in this concoction – the salted fish to complete crush and well blended into the rice. Never underestimate the power of the salted fish, it can make or break the dish, we have tried Claypot rice that cooked with insufficient or wrong type of salted fish in this dish, the results are mediocre and disappointing.

Our verdict, the 76 Golden Mile Claypot Rice at Golden Mile Food Centre has not disappointed us in terms of the taste, flavour and the texture. All of us do enjoy eating the legendary pot of claypot rice and we have not relented in our opinion this is our preference choice even the other claypot rice stall is probably more dominant and rave about.