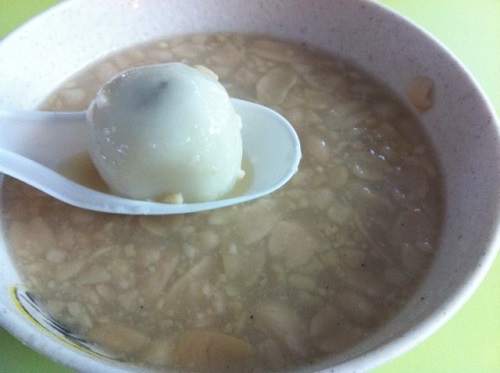 This is a Teochew dessert and curious with the interesting name Ah Balling鸭母淋/鸭母捻, we traced back to the birth place of the dish – Teochew in China to look for some clues. According to the local heritage record, Ah Balling was as big as the duck eggs in the early day and the shape resemble of the duck eggs, and Teochew called duck eggs as Ah Ball leng鸭母卵. As times past, Ah Ball Leng became Ah Balling. The duck eggs size has too shrunken to the current fish ball size as well as the size of the bowl, well, we can only blame on the inflation. However, eating Ah balling the size of a duck egg, hm….may be a little too big… 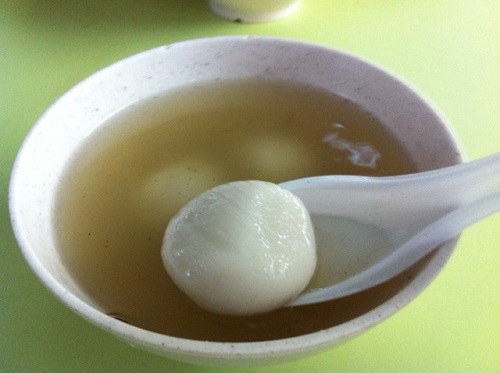 This is one of the famous Ah Balling stall with more than 50 years of history in Singapore. The peanut soup is one of the best we have tasted. We understand the peanuts have to go through hours of cooking to attain the softness and allow the fragrant of the peanuts fully integrated into the soup. Depend on the individual liking, we opt for the peanut and black sesame, the rice balls are soft and the fillings were pretty nice, fresh and not too sweet.

The ginger soup or the peanut soup was soothing warmth and well balanced with the right sweetness. We can say Ah Balling is an ideal dessert to compliment the meal.

For my two glutton kids, whenever we come across this Ah Balling stall, they will definitely hijack my wallet for their favourite black sesame ball ball with peanut soup, eating on the spot and always tai pau (take away) few extra back for second serving at home, die-hard fan of the Ah Balling. 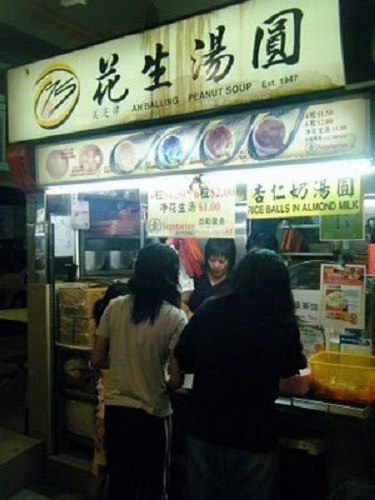