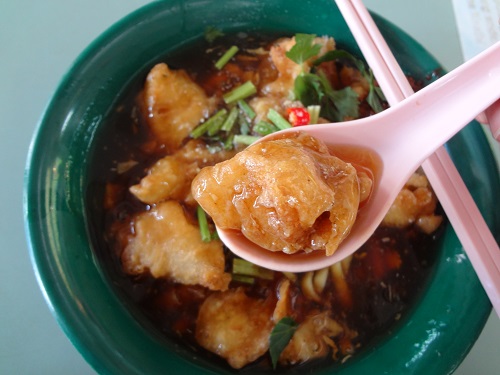 The “Lor” or the gravy was one of the least piquant that we’ve tried among many of the Lor mee stalls. For Lor mee, the gravy is always one of the most important parts of the attraction and key selling point to entice the foodies. However, the gravy from 137 Lor Mee lacks of the much needed Lor mee character, the gravy was lightly seasoned and pretty generic, not stodgy if compared to the famous lor mee from Old Kallang Airport Food Centre or Jalan Eunos Food Centre. We were wondering how the gravy here can win over the heart of the patrons, unless you are someone that favours the simple and not so thick version of the gravy.

Interestingly, there is always a queue in front of the stall, something must be close to the heart of the people that makes them willing to spend the time for the food. If the gravy was not the main star to bring in the crowd, the yellow noodle was probably the next attraction. Unfortunately, we were not convince that the slightly overcooked and soggy noodle can stand up for the challenge of a good noodle; it is hard to believe the yellow noodle can score well. 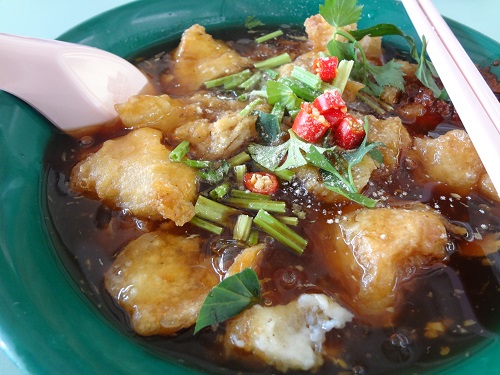 In the end, we were left only with the topping – the fried fish as the last hope. If the topping can’t make it to the expectation, we will be gravely disappointed with the standard. The stall was quite generous with the topping, understandably so since there were no other types of toppings that can be found in the bowl. It was very much different from other Lor Mee stalls which include eggs, slice of pork belly, wu xiang and fish cake as part of the topping.

The fried fish was nicely fried and created a beautiful crispy outer coating. The crispiness of the coating was done in a perfect manner, not too hard or too thick and nicely sheathed the fish meat internally. The fish meats were very fresh, together with the palatable coating, the combination in fact created the wonder of this Lor mee. This was the triumph of the stall and we finally discovered the reason of the queue: It was the fried fish that has the myriad of flavours that entice everyone. 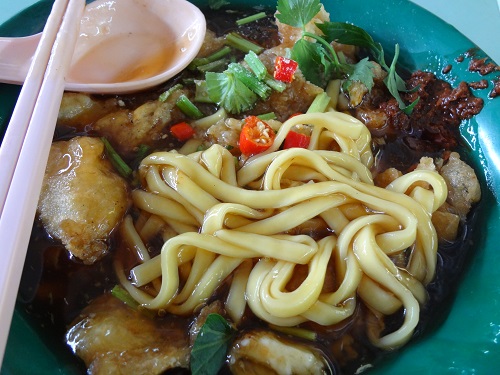 Overall, 137 Lor Mee does not emphasis too much of a tangy gravy as other Lor Mee stalls do, perhaps it was the intention to keep it gravy simple in order not to over shadow the real McCoy which is the topping. Maybe we should just order the fried fish next round if permitted. 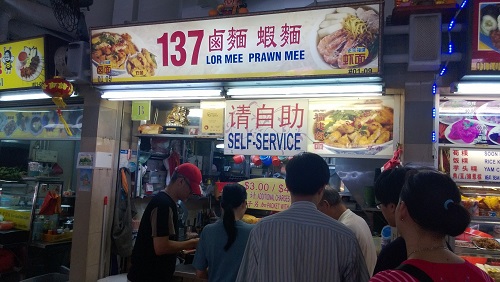