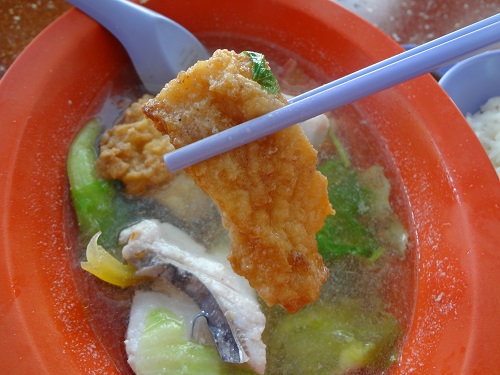 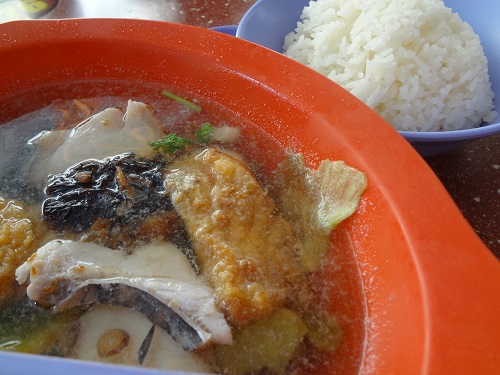 The stall sells quite a variety of dishes, with fish soup being their anchor dish. Besides fish soup, you will find fish porridge, seafood soup, saba fish set, mackerel fish set and even something completely out of the scope – fried or steamed dumpling.

Most of the patrons opted for their fish soup, be it fried fish or sliced fish soup. We ordered the combination fish soup that came with both the fried and sliced fresh soup. Freshness of the fish is the key component in the fish soup, together with the tasty soup to make a perfect dish. 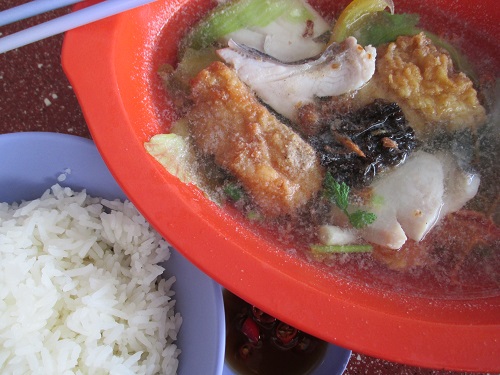 We truly appreciate the freshness of the sliced Batam fish in the soup, every slice of the fish was evenly cut with the same thickness and cooked to the right softness. The soup was a combination of sweetness from the seasoning and bold seafood freshness taste, both creating a nice flavour that accentuates the scrumptious tastes.

The fried fish was fried to achieve a thin layer of crisp crust but retained the softness internally. Again, we have nothing to fault the fried fish on.

Overall, the tasty soup with the freshness of the fish used, making the fish soup a hype to the name. Perhaps, that is 127 fish soup’s winning formula to attract a large pool of followers, not to forget adding on to the list now another four from the glutton family. 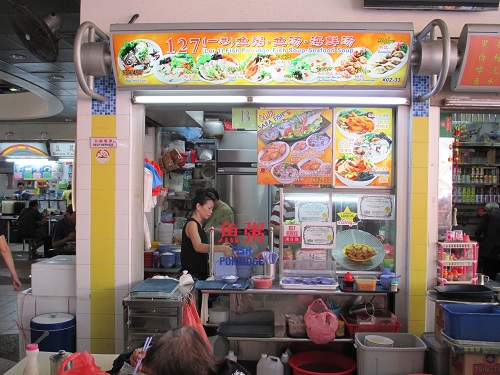