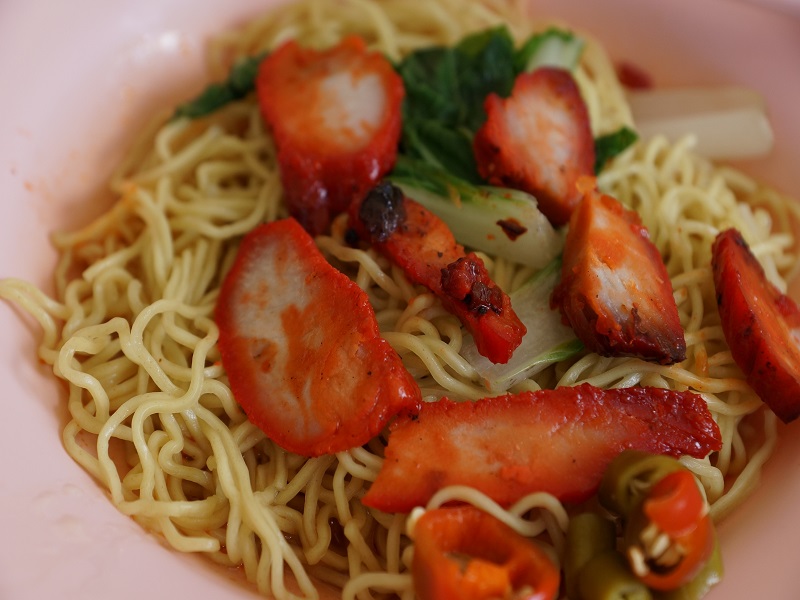 Originated in Joo Chiat and subsequently moved to current Whampoa Market Place. The stall has been around for more than 30 over years. Not selling at 1.90 as what indicated on the signboard but the Wanton mee are going at 2.50 or 3.00 instead. 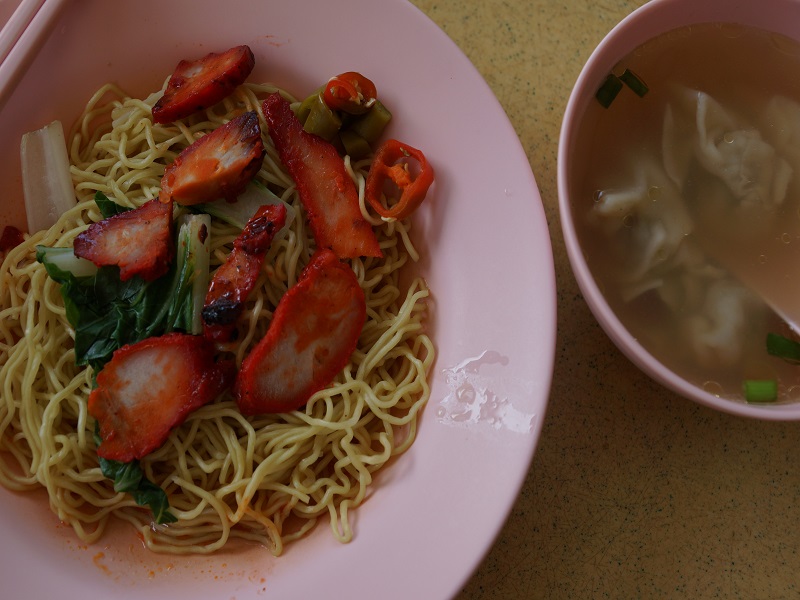 The wanton mee was chewy and not soggy as what you usually experienced from many of the wanton mee stalls. Besides the quality of the mee, the base-sauce very much decides the fate of the dish, mixture of chili, soy sauce, oil and other ingredients, the credence from the sauce directly affect the taste of the mee and Ah Jiu wanton mee has scored well in this aspect.  The sauce blended very well with the mee and every one of us loves it at the first taste. 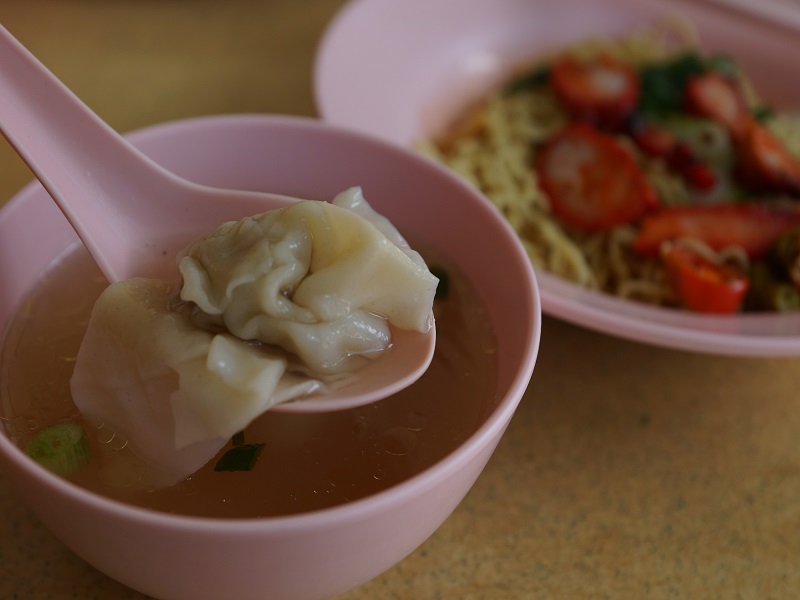 The wanton mee was topped with green leafy and Char Siew. The Char Siew was mostly lean meat but overall was flavourful.

Everything in the plate never failed us including the wanton and the soup, the soup was quite tasty and the wanton tasted the present of flat fish that likely help to accentuate the flavour of the wanton. 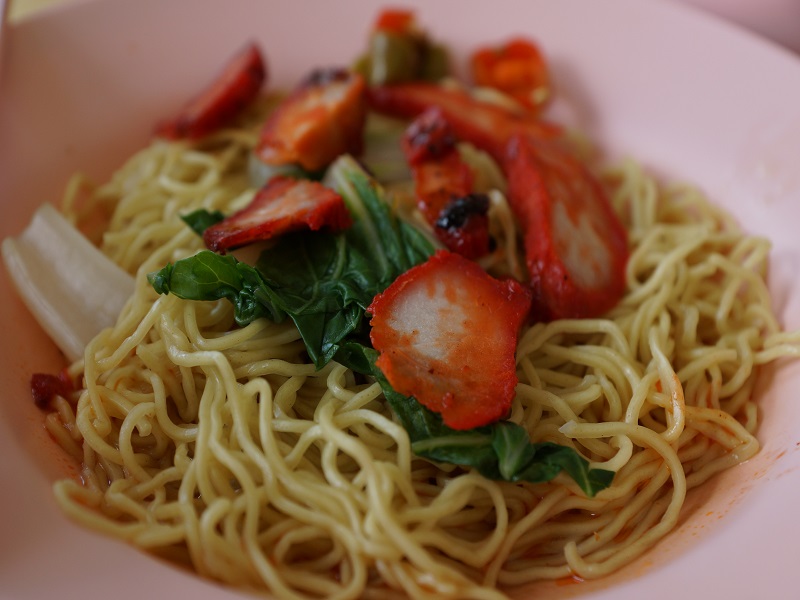 Overall, 1.90 Joo Chiat Famous Ah jiu Wanton Mee is nothing extraordinary in the look, the same you can find in any of the wanton mee stall. However, what presented in the plate carries lots of quality substance, and it is the hidden quintessence setting the winning formula for the stall, and the beguiling love from all of us. 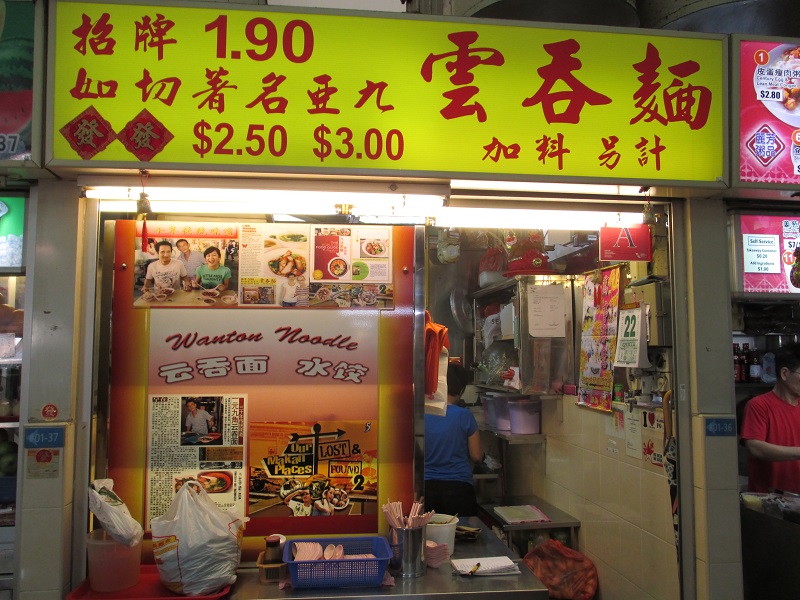